After slowly turning the plane into its final descent, Piccard reached the runway, touched down and rolled to a stop amid the unfamiliar screech of bagpipes. The first around-the-world solar-powered flight was finally over. 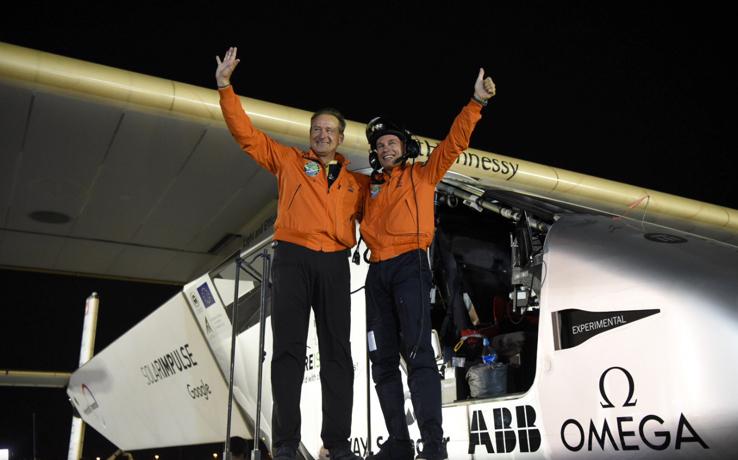 After leaving Saudi airspace several hours before, and long before the landing, Piccard was still volubly promoting the mission, "I look at the motors energized on nothing but the sun," the world heard during the live-streamed flight. "It's like magic, but this is the reality and the future," his still-amazed voice crackled. (Watch the landing at 1:19.)

He was reminding the world that after the plane's original March 2015 takeoff from Abu Dhabi, it made 16 hops across the world without combusting a drop of aviation fuel, as he and co-visionary Andre Borschberg pushed the plane's solar and battery technology beyond the imagination of the fossil-fuel-consuming world. 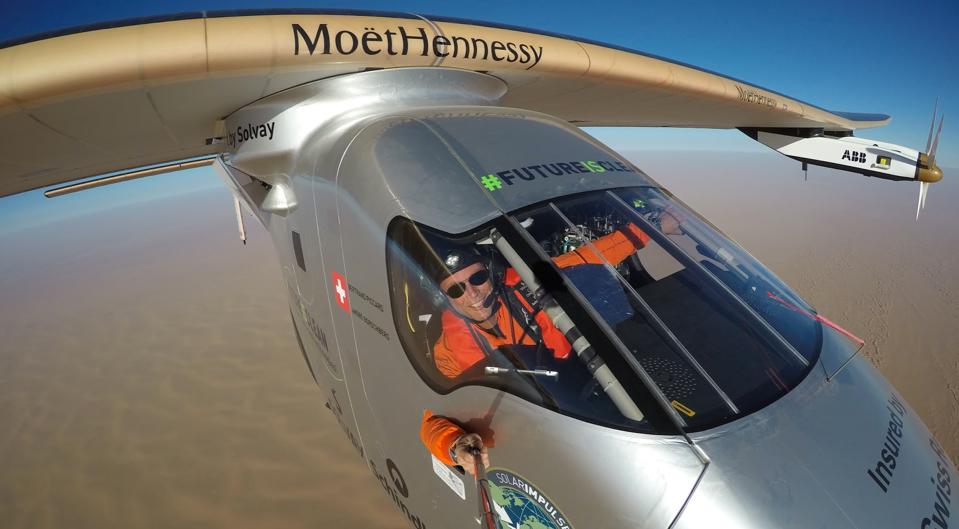 Long before the trip was over, somewhere mid-Pacific, Borschberg had already touched on the future, saying, “Think about aircraft capable of flying for months at a time — unmanned. They could replace satellites in terms of communication.”

It turns out that internet giants Facebook and Google are racing to use high-flying solar technology to hook up anyone living off the grid to a torrent of internet data.

As Google develops networks of high-altitude balloons, Facebook is rolling out a global mesh of technologies, including WiFi hotspots, lasers, satellites, and drones. 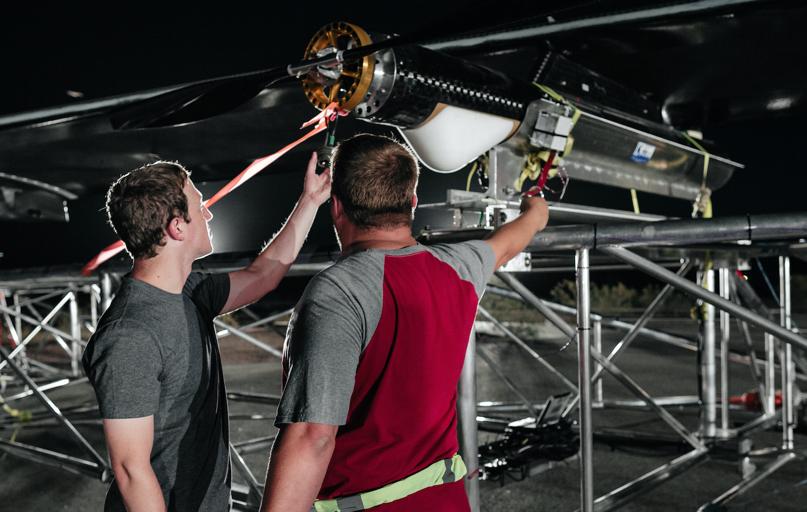 Testing a craft similar to the Solar Impulse, last June Facebook's Mark Zuckerberg found himself in the Arizona desert a few miles from the Mexican border, watching as a truck taxied down an isolated runway. It was pulling the company's first full-size unmanned drone, called the Aquila, strapped to a metal dolly.

Once the truck reached optimum launch speed, on-board computers jettisoned the protective straps, and the drone gracefully lifted off into the sky. Flight engineers had originally planned a short 30-minute test-flight, but when the control room noticed that the craft was performing beyond expectations, they decided to collect extra sensor data from the motors, autopilot, batteries, and even its radios. 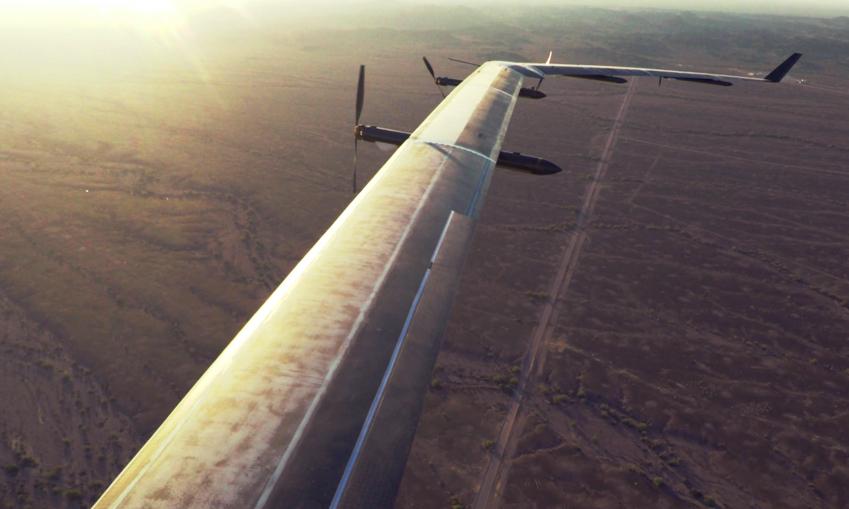 The drone ended up circling for 96 minutes before finally settling back on the runway. Although the Facebook team had flown smaller prototypes, on June 28, when they finally launched the the full-sized beta, it was a huge step on the path to lighting up the farthest reaches of the internet.

But there are still technical hurdles to overcome. The flight never reached 60 thousand feet, where the commercial Aquila will cruise, and it still lacks solar panels, long duration batteries, and a communications payload.

Nevertheless, Wired says Facebook has already designed the drone to stay aloft for months at a time and:

operate on the power of about three hair dryers at altitude - and about a single hairdryer at sea level.

Its one long wing creates more lift, and it flies as slowly as possible to minimize power drain. (Watch the Aquila overview video.)

Currently, Aquila runs on lithium batteries similar to those in a cell phone, which are strong enough to top out at 2,000 feet. But engineers will install solar modules that feed more  powerful battery technology to propel the craft to 60,000 feet. 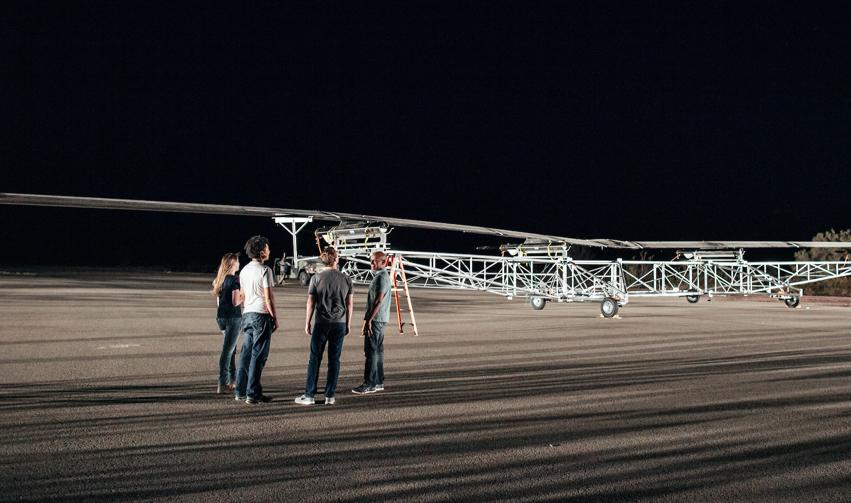 The final commercial drone won’t launch from a truck and dolly either. Instead, it might hitch a balloon ride, and float to 60,000 feet before starting its motors. It sounds possible, but engineers are still working out many of the details. They must also install and test the communications system that will beam the internet.

Meanwhile, Facebook must reduce the cost and find a way to bring the drone back in one piece.

Ultimately, the IP for its drones will be given away, which will help cash-strapped local governments and telecoms avoid building expensive landlines.

Google is several years ahead of Facebook in the race to connect off-grid customers. It's also skipped winged-drones and developed a network of floating, high-altitude balloons, calling it Project Loon. (Watch a video overview.) 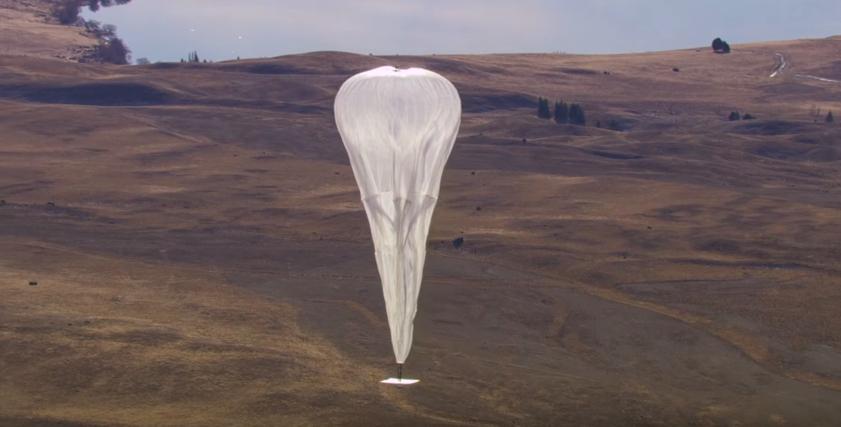 In June 2013, Google's first full-scale balloon was tested in New Zealand. Project engineers have used the results of this test and several others “to improve the technology."

Google is so far along that it has already signed up several countries for its service. Indonesia will probably be the first country to use the Loon. Google, according to Indian Express, has also gotten a nod from India.

The search engine giant has a big logistics head start too. Traveling in the same slice of the stratosphere as Facebook's drones and maneuvering by rising up and down to catch passing wind currents, Project Loon built a data-driven mission control to keep track of all the complexity. 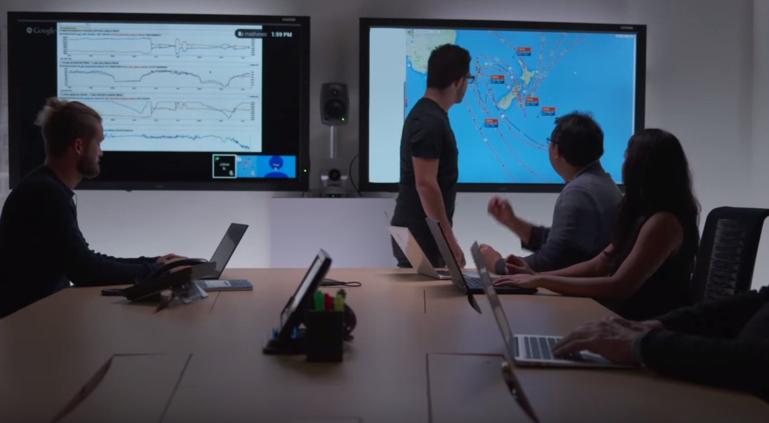 The control room team gets weather data from NOAA and makes three-dimensional wind maps that can predict wind at different altitudes.

The team uses a program called the Crazy Simple Planner that predicts a balloon's trajectory to point it where it should go.

The system can also detect when a balloon is about to enter forbidden airspace, alerting nearby air traffic control automatically.

Google also monitors each balloon’s health, detecting too much internal pressure before it pops and too little before it deflates.

The balloons are designed to stay up for at least 100 days (the same duration as Facebook's drones) and carry electronics powered by a side array of solar panels. They produce about 100 W of power in full sun, enough to keep the electronics running and charging batteries for night flight.

Along with the lithium batteries, a small box suspended under the balloon contains circuit boards that control the whole system, and radio antennas communicate with other balloons and the ground.

Each balloon can broadcast to an area about 40 km in diameter using LTE, as partners like telecoms share their existing cellular spectrum.

Is this the future of off-grid communications?