Seven years ago, when Statoil moored the world's first full-sized floating turbine ten kilometers off the coast of Norway, engineers were looking to see if the new concept could find a productive niche.

Since then, Statoil's pioneering Hywind turbine has generated 32,5GWh and demonstrated that floating wind can survive and flourish in depths of up to 700m, far beyond the reach of traditional seabed-mounted turbines. 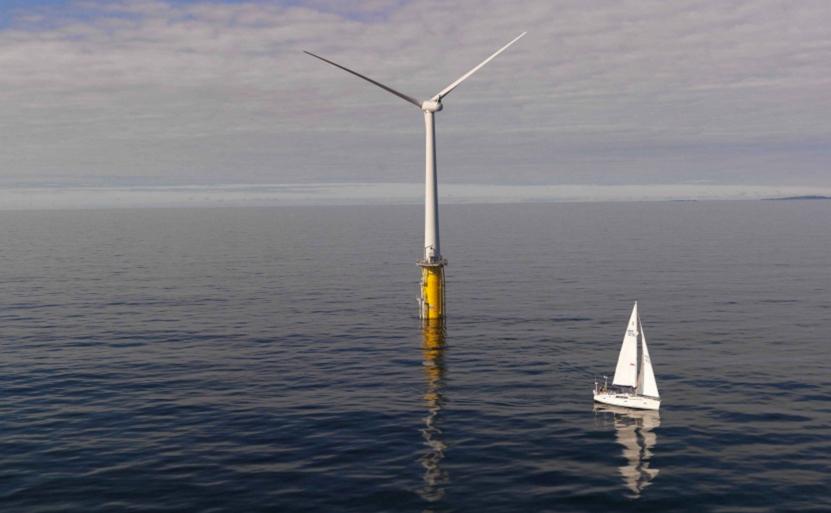 Soon Statoil's next generation Hywind Two — the world’s largest floating wind farm — will generate electricity off the coast of Scotland, now that the Statoil has obtained a lease from the Royal Crown Estate.

Although floating wind is in its infancy, or more accurately, still sliding down the birth canal, with only 15MW of demo projects scattered around the world, if everything goes according to plan, the Norwegian energy giant expects to have five 6MW turbines in the North Sea sending 30MW's to the Scottish grid by the end of 2017.

That will make Statoil an early leader in the race to develop turbines that can spread out into ultra-deep oceans to reach the strongest winds on the planet.

Followed by 40 more projects in the development queue, green-lighting Hywind Two signals the birth of a new era, and along with it, a new concept: the electricity energy-hub.

In the past," energy hubs" grew around fossil fuel production, trading, and distribution. But aging oil fields quickly upended one of those entrenched networks.

In a quirk of fate, North Sea oil producers just relinquished their energy-hub status, after Oil & Gas UK, an industry trade group, verified that the region has entered a period of “super maturity," (an industry euphemism) and that it's long past its prime.

Looking back, oil and gas production peaked around 2000 in the North Sea. Today's shrinking budgets are the canary in the coal mine. In 2016 the region got less than £1 billion for exploration — eight times less than average annual investment over the past five years.

Low oil prices also mean that half of the region's fields can't recover operating costs, forcing 20 percent more marginal fields to be shut down than in the previous five years.

That's just the beginning as production teeters on the abyss, and more than 600 offshore platforms are slated for decommissioning.

During oil's sudden wind-down, offshore wind has been booming in the North Sea. The current population of 3,000 offshore turbines — about 10 GW —  is expected to increase to as much as 28 GW by 2020, possibly even doubling beyond that level.

Because increased production lowers costs, North Sea offshore developers — including GE, Iberdrola, MHI Vestas, RWE, Siemens, Statoil and Vattenfall — just predicted that they will be competitive with coal and gas power in ten years. They feel offshore wind can drop to €80/MWh, including grid connection costs — all by 2025.

While betting on floating wind, Statoil has also invested heavily in traditional offshore wind projects. Sheringham Shoal, which is up and running, was Statoil’s first full-scale commercial offshore wind investment. 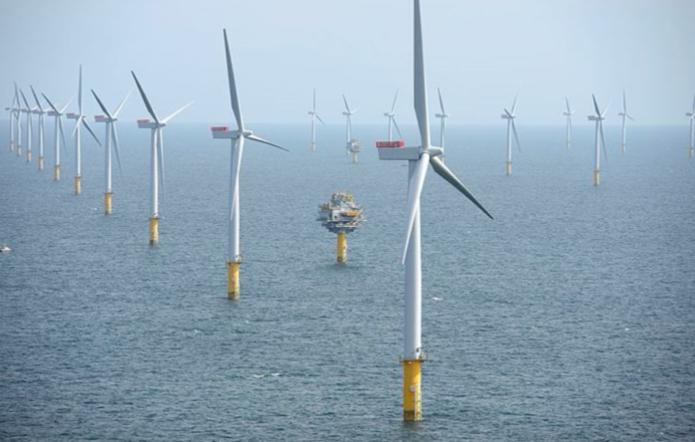 Next, Dogger Bank will be the world’s largest wind farm once it's completed, with up to 400 turbines generating 2.5 percent of the UK’s energy demand. Getting its feet wet in the German market, Statoil just bought a 50 percent stake in EON's Arkona offshore farm. It will power about 400,000 households by 2019.

Statoil will invest about 20 billion kroner in offshore-wind projects from 2012 to 2019.

Statoil also makes a strong case that both offshore technologies strongly complement each other.

That's because once the shallow real estate has been picked over, developers will have to move further and further from shore, where construction costs rapidly escalate. Floating wind can cost-effectively help unlock those deep water sites.

Once offshore deployment hits 40 GW, according to the renewable energy think tank Carbon Trust, 8 to 16 GW of ultra-deepwater leases will go to floating wind.

Ramping up to supply so many floating turbines will significantly reduce costs. As designs continue to improve, the Carbon Trust estimates that floating wind should reach cost parity with traditional fixed-bottom during the 2020's, if government provides adequate policy support.

Hywind is a perfect example. Although Statoil's 30 MW floating wind farm will cost $235.8 million, it represents a 60% to 70% reduction on a per megawatt basis from the original 2MW Hywind pilot. As Statoil refines deploys more floating wind, costs will continue falling.

Statoil’s Rummelhoff envisions driving costs down with mass fabrication. "Eventually, when this is industrialized, you can imagine just having a factory popping these out, and they’ll all be the same," she said.

Hywind's simple floating foundation makes installation absolutely minimal. Once in the water, the cylinder is slowly ballasted with water and rocks from the bottom to upright itself, and then can be easily towed out with the use of just small barges. This is revolutionary.

At just 12 to 14 meters in diameter, each “needle” has a slim profile that reduces reaction to the waves, and heavy ballasting that lowers its center of gravity. The five floating foundations making up the 30 MW wind farm, are simply connected by cables. Three drag anchors for each one embed themselves in the sea floor as the movement of the waves shifts back and forth.

Because of the low center of gravity, the Hywind concept has proven itself to be remarkably stable.

Off the coast of Norway the turbine survived 90-mile-an-hour winds and waves up to 19 meters. The heavy ballast kept the turbine stable as it moved up and down with the waves.

The new Scottish location has strong and steady winds, in the top class for wind speed — averaging 10 meters per second.

These higher and steadier wind speeds are one reason for pushing out to sea, because output rises as a cube of wind speed. In other words, it increases 8 times in each doubling of wind speed. At 10 meters per second the Scottish location is top-ranked.

Air density and altitude also affect power output; and air density is affected by temperature. The cold winds found off the coast of Scotland — particularly at the greater height of these turbines — will be much more productive than even the same wind speeds harnessed by the same size turbine over warm land in the summer. 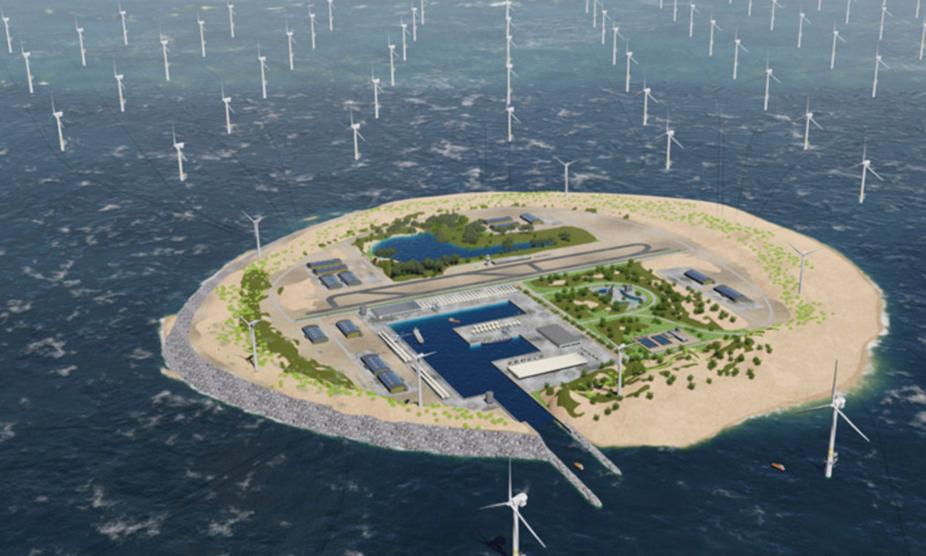 "In Germany and more recently in the Netherlands, TenneT has been the developer and operator of the offshore grid," said TenneT CEO Mel Kroon. "We have taken the initiative to establish a realistic and achievable plan for the North Sea."

Then, according to TenneT's blueprint, the island hub would distribute electricity to the UK, Netherlands, Belgium, Norway, Germany, and Denmark, making it 10 percent cheaper than power from near shore wind farms.

The island's ideal location is Statoil's Dogger Bank, around 100km off the east coast of England. It has been slated for construction between 2030 and 2050.

"The success of the energy transition depends largely on the coordinated joint effort in Europe," added Kroon.

Will floating turbines finally show up in the United States?