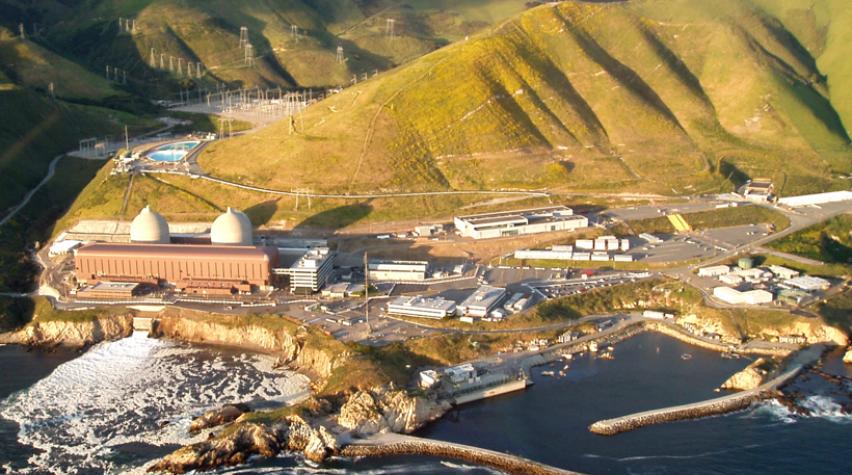 Sitting on a scenic bluff overlooking the central California coast, Diablo Canyon, the state’s only remaining nuclear power plant, could close in 2025 after an agreement was brokered between two long-term combatants, the state’s largest utility, Pacific Gas & Electric (PG&E), and anti-nuke advocacy group Friends of the Earth.

Diablo Canyon has been a flash point since Friends of the Earth organized protests that got 2,000 people arrested at the construction site as early as 1981.

So the latest news brings some closure to the long-running feud, especially since the utility promises to ramp up investment in solar, wind, storage and efficiency to replace power from the site's two reactors.

But Brad Plummer, writing in Vox, wonders whether PG&E can actually pull this huge transition off — and whether investing so much time, money, and effort to simply displace existing zero-carbon energy is the best way to cut emissions.

After all, Diablo is the workhorse of California’s low-carbon power sector. Two year's ago its output exceeded the electricity produced by the state’s wind turbines by 31 percent and California’s solar electricity by 24 percent. 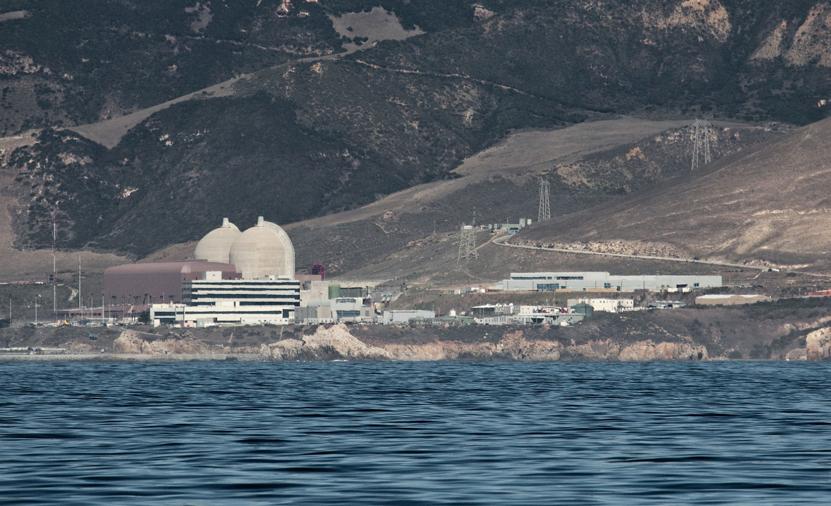 The 30-year-old reactors are still considered in their prime, according an article for The Breakthrough, and the Nuclear Regulatory Commission (NRC) had been preparing license renewals in 20-year increments, which may have allowed Diablo to run for 50 more years, cutting an extra 350 million tons of carbon dioxide out of the atmosphere.

But the plan isn’t final yet; it still needs final approval from California’s Public Utilities Commission.

A rift among climate hawks

Meanwhile there's a new wrinkle riling the 50 year controversy. Another group of environmentalists, including NASA’s James Hansen, has been lobbying to keep the plant open so the state can continue relying its zero-carbon footprint. They argue that even if PG&E manages to replace nuclear with clean energy, it still means zeroing-out a lot of built-in progress.

They worry - not unrealistically - that the state could see a replay of the "San Onofre effect." When that plant was closed in 2013, it's carbon-free power was largely replaced by natural gas, leading to higher carbon-dioxide emissions. This time the effect could even be worse because Diablo Canyon is much bigger, supplying 9 percent of California’s electricity.

They even pleaded with Jerry brown, the state's governor, sending an urgent open letter, laying their reputations on the line:

We are writing as scientists, conservationists, and philanthropists to urge you to do everything in your powers to ensure that California’s last nuclear power plant, Diablo Canyon Power Plant, is relicensed.

Then they made their argument crystal clear:

In Paris, as the climate accord was hammered out last year, Hansen — probably the world's most influential climate scientist — said nuclear "has tremendous potential to be part of the solution to climate change." He opened a rift among climate hawks who think a carbon-free energy future is impossible without nuclear squaring off against those who think the challenge can be met using only renewables like wind and solar.

Firmly siding against Hansen, Stanford professor Mark Jacobson, very influential in his own right after authoring studies showing how the US could run on 100 percent renewables, is confident California could meet its clean energy targets without nuclear. He said, "Repairing Diablo Canyon will not only be costly, diverting funds from the development of more clean renewable energy."

The specter of Fukushima

Enjoying Jacobson's support, Friends of the Earth's fears predate the rise of renewables and the urgency of global warming. First of all, they've always been concerned that the plant is surrounded by earthquake faults and faces the risk of disaster.

Even though they hold up the specter of Fukushima, it's not a simple apples and apples comparison. Diablo Canyon was upgraded to withstand very strong quakes in 1973, after the Hosgri fault was discovered three miles offshore. Then under construction, the plant was retrofitted with expensive upgrades — buttresses to outside walls, steel bracings for floors, and equipment — as a condition of its licensing by the NRC. After it opened in the 1980s, PG&E instituted its Long Term Seismic Program to further vet vulnerabilities.

Although a new fault discovered a few hundred yards offshore in 2008, the NRC declared, “The safety of the [plant] is not in question."

Its important to remember that Fukushima’s meltdown was actually triggered by the subsequent tsunami. This isn't a problem for Diablo Canyon because its reactors sit 85 feet above sea level, nearly twice the height of the Fukushima's killer wave.

Friends of the Earth has also wanted to stop Diablo Canyon’s massive intake of seawater to cool its reactors, which has taken a toll on marine life.

The deaths caused by Diablo Canyon's “once-through” cooling systems (OTC) is an important issue, sucking up 2.5 billion gallons a day of ocean water, shunting it through heat exchangers, and then spitting it back out to the Pacific Ocean, 20 degrees warmer.

In line with EPA guidelines, California ruled in 2010 that coastal plants with OTC must drastically reduce their water intake, which meant either closing or switching to massively expensive cooling towers that draw much less water.

While retrofit estimates range from Bechtel's $6 billion to $14 billion to Friends of the Earth's $1.62 billion, most analysts think PG&E could handle the extra costs.

But the real problem facing PG&E is the changing energy landscape.

Nuclear reactors provide around-the-clock baseload power. Designed to run 24/7, they can’t easily ramp output up or down. But solar ramps up heavily during the day, creating excess electricity during the afternoon. Recently Reuters reported that solar provided more than 40 percent of the state's power in the middle of the day.

Plummer points out the problem:

Right now California is curtailing (i.e., not using) some of that excess wind and solar during the day. If the state wants to keep (adding more) solar power, that’s untenable.

Nonetheless, as PG&E adds more solar to meet the state's aggressive renewable mandates, curtailments will become even more frequent by the early 2020s.

By the early 2020s, California will have connected its grid with adjoining states to share the load, deploying more and more storage (pumped hydro, air storage and batteries) to shift excess afternoon solar power to mornings and nights, and juggling demand to match.

But as part of the agreement, PG&E has opted to simply shut down its large nuclear reactors in order to make more room for solar and wind, as well as more flexible natural gas plants that can ramp up and down more easily to follow the vagaries of renewables.

The utility wants to retire the reactors when their federal licenses are up for renewal in 2024 and 2025. In exchange, the state would agree to renew the plant's leases in the short term and drop the requirement for costly new cooling towers.

Utilities in other states have made similar calculations and shut down their reactors early. The problem is that when these nuclear plants have been closed, they typically get replaced (in part) by natural gas or even coal generation — which increases CO2 emissions.

PG&E is hoping to avoid this fate and has outlined a plan to replace the 17,000 gigawatt-hours of electricity per year from Diablo Canyon — without resorting to fossil fuels. The details are still broad-brush, but include three steps:

1) Between 2018 and 2024, PG&E says it will invest in various efficiency improvements in homes and businesses — such as better insulation or newer air conditioning units — to cut electricity demand by about 2,000 gigawatt-hours total.

2) Between 2025 and 2030, PG&E will add 2,000 gigawatt-hours per year of wind, solar, efficiency to replace Diablo Canyon's lost output. It will also make use of other "GHG-free resources," such as storage, as needed to fill in any gaps remaining.

3) By 2031, PG&E says it will get 55 percent of its electricity from renewable sources.

But keeping Hansen's argument in mind, Plummer had one final proposition:

It's entirely plausible that emissions would fall even faster if PG&E kept the plant open and also made all those planned wind and solar investments. Why isn't that under consideration?

What is the best solution if time is a critical factor?