As Americans wake up to the horror of Flint, Michigan's water crisis and realize that "modern" cities are saddled with ancient water pipes and creaking power grids, a team led by Italian entrepreneur Marco Attisani has designed a solution that might leapfrog developing countries right over the 20th century's collapsing infrastructure.

The 44-year-old inventor wants to leverage renewable and smart technologies to solve the world's biggest problems, like helping the 783 million people who lack access to clean water, the 1.2 billion who struggle without electricity, and the 4.2 billion who are still waiting to meet Kim Kardashian on the Internet. 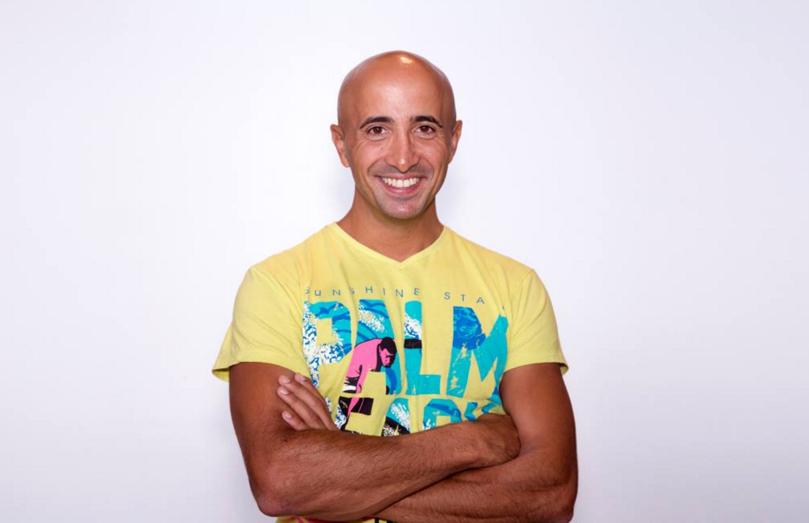 Attisani's innovation, a high-tech Swiss Army knife called the Watly 3.0, is still under construction in Italy and only exists as a CGI promo, but finally shipped and installed, it will be a solar-powered community hub that brings clean water, electricity, and the Internet to about 3,000 people living off the grid.

"The only things it needs to run are dirty water and a lot of sun," Attisani told the Telegraph. Using abundant and free sunlight, it can purify 5,000 liters of water a day and generate enough electricity to power itself and external devices.

"We're a new technological paradigm," insists Attisani, the company's founder and self-proclaimed visionary-in-residence. Essentially, he means that Watly 3.0 uses solar energy to decentralize big chunks of expensive infrastructure. Which, if he can pull that off, could improve the lives of millions for a fraction of the traditional cost.

He also says the new 15 ton prototype, which looks like a large H-shaped chromosome, works more efficiently than a conventional water treatment plant and requires much less energy.

“It's an infrastructure machine. It's 40 meters long (130 feet long), 15 meters wide (50 feet wide), and 15 tons," said Attisani. Deep inside its guts, there's "primarily a big computer that deals with things that computers do. They interact with humans. They collect, calculate and send data to the cloud." 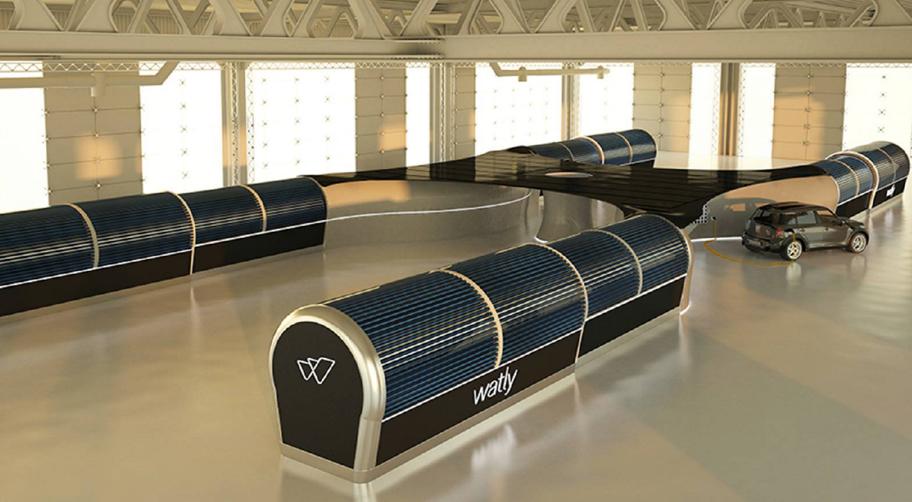 Customers will use a device that not only desalinates ocean water but makes any source of water safe to drink. After its graphene-based technology removes any soaps and solvents, captured solar energy heats the water in another tank, and then it flows to a distillation unit where it is heated to boiling, evaporated and mechanically condensed.

While the solar heat is used for vapor compression distillation, the system also uses 40 mono-crystalline photovoltaic panels to generate up to 70 kilowatt-hours per day, which people can plug into and charge phones, laptops or LEDs.

The two technologies work synergistically: as the purified water cools the solar panels, they perform well in hotter temperatures; and as the water cools the panels, it heats up and purifies more quickly.

Attisani also thinks that along with water and power, it's logical to offer Internet. He says, "We provide clean water by leveraging the thermal effect of the solar irradiation. Through photovoltaic technology we generate electricity. Once you have both it's natural to add a satellite or 4G connection."

Its built-in router will allow people within 800 meters to access to the Internet. It can also connect with other Watly devices via radio signals or through a satellite uplink.

Running on biNU's mobile software platform that works even on slow 2G networks, the system sends data to the company so it can monitor how the solar panels and the water system are working. Because the purification system doesn't use chemicals, filters, or anything else that needs regular maintenance, it will be remotely managed.

The first $450,000 Watly 3.0 is in production in Italy and should be ready by June. For now, the company has relied on €2 million in grants, including funding from the European Commission’s Horizon 2020 fund for research. Crowdfunding site Indiegogo will raise money for a second machine. (See idiegogo video.)

Attisani plans to sell the new Watlys to municipalities, telecommunications companies, nonprofits and the Army. As a for-profit company, he also plans to operate hubs like a vending machines, selling clean water, electricity, and connectivity directly to consumers. Regardless of the business model, he thinks the hub's initial cost can be paid off in six to 12 months.

Attisani told Pv Magazine that if countries add more than one Watly they can leap-frog directly to the "energynet." Attisani says the company calls a linked network of Watlys the "energynet," making it a versatile 21st century micro-grid.

The first Watly was made in 2013 (Attisani intros the first machine), and the company successfully trialed its 2.0 prototype (see product video) in Abenta Village, Ghana, last October. Attisani told Reuters that it transformed the town, providing what he calls the three pillars that modern society needs to prosper: water, power, and connectivity. 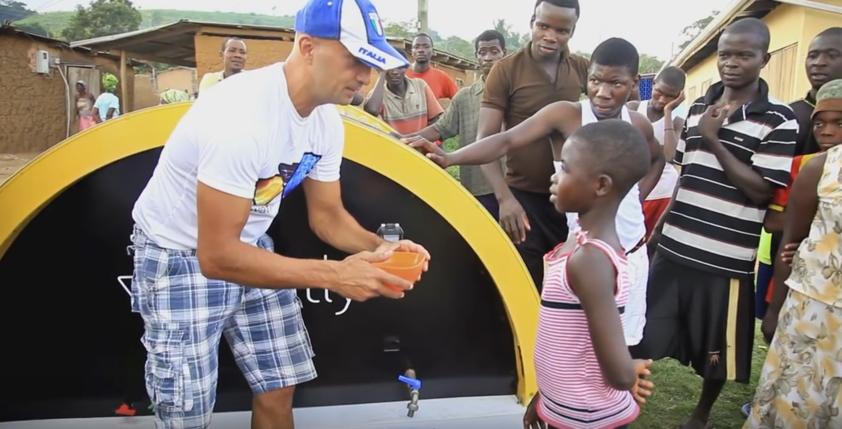 So after loading up jugs with abundant, pure water, villagers also used the Watly to charge their phones and portable lamps.

"You can't uplift a community in the 21st century by digging wells," Attisani told Reuters. "People need more than water; electricity which is the fire of the modern era, and connectivity because if you are off-line you are not in the present."

That successful demonstration captured four EU “Horizon 2020,” awards, bringing the project a €2 million funding boost, which allowed the company to build its first 3.0.

He says that a Watly 3.0 will last for 15 years and, because it's emission free, will save as much as a 1,000 tons of greenhouse gas emissions, while purifying millions of liters of water and generating 1GWh (1,000 megawatt hours) of free electricity.

Watly isn't only designed for developing countries. It can also help regions with lots of sunlight, like Qatar and California, that struggle to find clean water.

So it's no surprise that Texas, Australia, Saudi Arabia, the United Arab Emirates have approached Attisani, as well as several nations from Africa and South America.

Telecoms are also kicking Walty's tires, according to Attisani.

Upside of helping the neediest

However, until the latest Watly has been field tested, unwinding any unforeseen problems that crop up, no one can predict if it will be a success or just another over-complicated, over-hyped nerd dream.

Over the years, Attisani has become realistic about skeptics, saying, "Watly is creating a market that is not there yet. We're aiming towards a new industrial revolution, but with the 'playing safe' mode activated by some investors, we'll miss the big game. This is one reason we decided to run a crowdfunding campaign."

On top of that, African governments (most governments, actually) prefer large projects using a proven technology, rather than cutting-edge mircro-solutions. After all, everyone's heard of Solyndra and many other promising ideas that have crashed and burned.

Nevertheless, Attisani likes to point out, "We're a for-profit company. Behind solving the biggest challenges in the world, there is also the biggest business opportunity in the following decades."

Is solar the most versatile energy source?