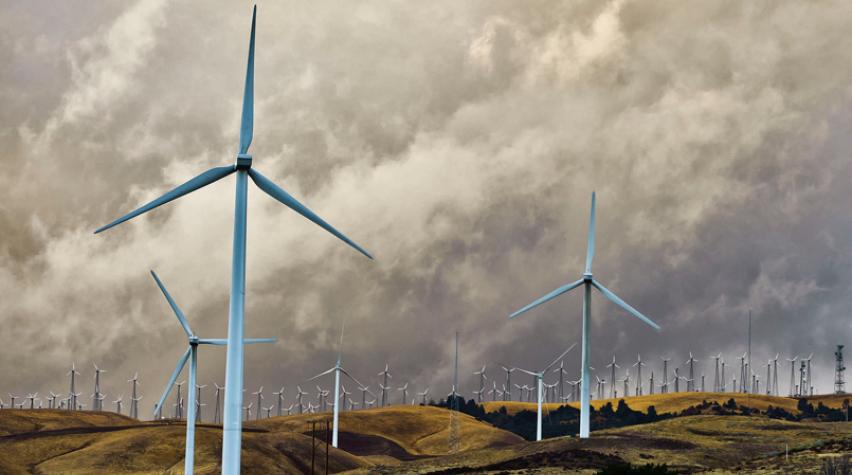 As we watch coal get kicked to the curb, particularly in developed countries, the International Energy Agency thinks it's time for a paradigm-check.

Throughout the 20th century, economists and politicians got used to watching the global economy burn coal to run factories and power plants, and burn oil to propel everything else. They assumed — as an article of faith — that as economies pick up speed more fossil fuels were being tossed on the barbie, which, of course, released increasing levels of carbon dioxide.

Now policy wonks aren't so sure that linkage still exists. Recently, the IEA announced that global levels of energy-related CO2 emissions hadn't budged for the second year in a row, ignoring moderate economic growth during 2014 and 2015. Remaining essentially flat since 2013, global CO2 emissions stood at 32.1 billion tons in 2015. 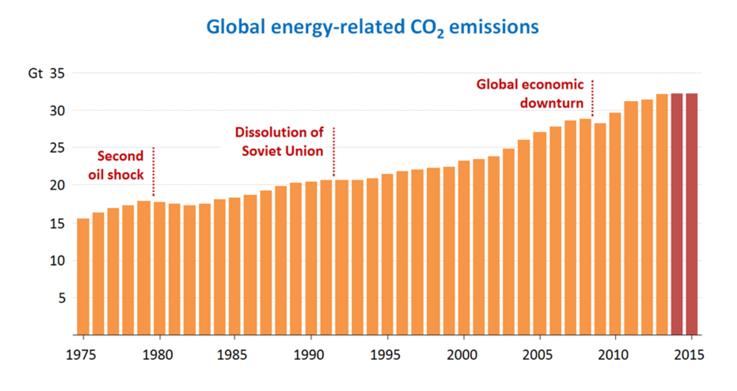 The earlier results for 2014 had surprised Birol and everyone else for two reasons. First, that it even happened, and second that it happened as the global economy expanded by about 3%.

Monday morning quarterbacking — now that our paradigm has shifted — shows that there had already been growing evidence of slippage. Down-shifts in China’s economic growth model dominated the news, and its coal use and emissions had stalled after a decade-long expansion binge. At the same time, the smog-choked country feverishly built three-quarters of all new global renewable energy generation. Some analysts had been tempted to argue that China's coal use might have peaked.

Still, it wasn't a trend yet, and fearing a statistical blip, Birol waited for this year's results.

The paradigms are a-changing

After all, old habits die hard, especially for something as Trumpishly huge as the global energy system — where inertia is always the smart bet.

During the last 40 years, the IEA said that there have been only four times when emissions stood still or fell compared to the previous year. Three of those — the early 1980s, 1992 and 2009 — were associated with global economic weakness.

But this stall, already a healthy toddler, comes during a continued economic expansion: according to the International Monetary Fund, global GDP grew by 3.4% in 2014 and 3.1% in 2015.

The latest results add a little more clarity. Last year the world's two largest emitters, China and the United States, both posted a decline in energy-related CO2 for 2015. In China, as coal use dropped for the second year in a row, emissions declined by 1.5%, following a move towards less energy-intensive industries and a surge in renewables.

By 2015, coal generated less than 70% of Chinese electricity, ten percentage points less than 2011. Over the same period low-carbon sources jumped from 19% to 28%, with hydro and wind making up most of the increase. In the US, emissions declined by 2%, as a large switch from coal to cheap natural gas took place.

The data also suggests that renewables are starting to throw their weight around, having accounted for 90% of new electricity generation in 2015.

In its analysis of the Clean Power Plan, the US EIA forecasts that, if it manages to squeeze through the Supreme Court, moving to a cleaner electricity system after 2020 would bring about a sustained period of GDP-GHG decoupling.

Nevertheless, the decline by China and the US has been offset by increasing emissions in other developing economies in Asia and the Middle East, along a with moderate increase in Europe.

On a more positive note, 20 other countries have also done the GHG-GDP switcheroo helping to drive the global decoupling trend.

A report by Nathaniel Aden, a fellow at the World Resources Institute, found that since the start of this century, 21 countries, including the US, have fully decoupled economic growth from carbon emissions. In those countries, while GDP went up over the past 15 years, carbon pollution dropped a little more than 1 billion metric tons.

The UK is an example where economic growth and CO2 emissions have diverged. According to Aden:

Although many of the 20 shifted away from emissions-intensive industry, there isn't one single strategy. Sweden implemented carbon taxes. Denmark rapidly scaled up wind and other renewable resources.

Even though 90% reduced their industrial sectors, Bulgaria's and Uzbekistan's expanded. You can also include Switzerland and the Czech Republic, where the industrial portion of GDP remained essentially steady.

Across the whole group, the average change was a 3% CO2 reduction over the period, with an average reduction of 15%.

Will the Paris Climate Accord affect this trend?