Speaking to a packed auditorium during CERAWeek in Houston, Texas, Saudi Arabia's oil minister laid out the oil crash's cruel math for industry CEOs: first of all, the great oil wind-down wasn't over yet. And more importantly, OPEC was happy to use its vast sovereign wealth fund to ride out the deluge of cheap crude until high-cost wannabe's were flushed out of the market.

Ali Al-Naimi, the single most powerful man in the oil industry, candidly keynoted his message to an audience jammed with US shale drillers, tar sands excavators, and ultra deepwater operators who had been fighting for survival since Naimi pushed OPEC into waging a brutal price war against them.

During the slo-mo chaos created by desperate rig-stacking and mass layoffs that have ballooned to 250,000 pink slips, Naimi also heard a lot of noisy shale-trash-talk coming from Conoco's CEO Ryan Lance. He never responded. Until now - letting loose and saying that high-cost producers didn't have much of a future. 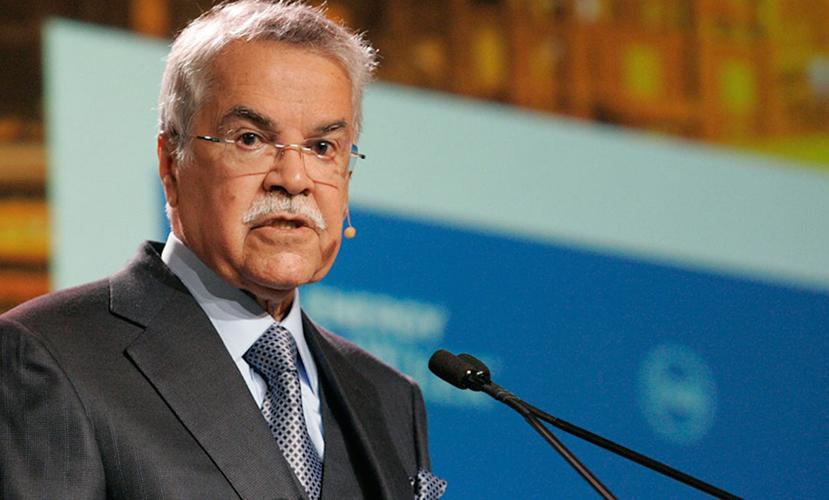 "Inefficient, uneconomic producers will have to get out, that is tough to say, but that's fact," said Al-Naimi, according to Canada's CBC News.

He also said that when oil was hitting $100 it unleashed a wave of investments and “every barrel on earth was produced regardless of economics.” The solution, he said, is to get back to the marginal cost of development.

After listening to the harsh take-no-prisoners smackdown, Lance and other shale drillers in the audience still weren't ready to throw in the towel, because rapidly increasing productivity, aided by hedging and easy money, had helped them capture a piece of that elusive marginal barrel. In the process, they'd continued to revolutionize the oil and gas business, while maintaining America’s share of global oil production at about 13%, up from 8% just ten years ago.

Al-Naimi had originally ignored Lance and any news about the shale revolution, and he still seems to have underestimated its resiliency.

"Shale technology has changed this industry forever. It can only get better because it's based on technology," Fadel Gheit, an Oppenheimer energy analyst, told CNN Money.

Meanwhile, out in the watery precincts of the oil-lubricated universe, many future offshore projects have been put on hold as companies wait for higher prices to return.

Last summer, long before CERAWeek, Lance had already canceled a project in the deep waters off the Gulf of Mexico, expensively terminating a long-term lease so Conoco could focus on its shale plays.

“What makes more sense: drill a $100 million well in the deepwater Gulf that might come up empty, or poke holes in west Texas for a few million apiece where you know there’s oil?” Michael Webber, deputy director of the University of Texas Energy Institute, told Bloomberg last fall.

Other firms like Chevron and Hess Corp followed Conoco, withdrawing from their own deepwater money pits to work onshore shale instead.

But the most dramatic retreat happened when Shell pulled its drilling rig out of the Alaskan Arctic.

The Guardian reported that although the company had made a marginal discovery of oil and gas in the Chukchi Sea, it wasn't enough to continue to the search.

It turns out that Shell had come under increasing pressure from shareholders worried about plunging oil prices and the costly merger with the BG-Group.

There were also reports that CEO Ben van Beurden was worried that the project was undermining his argument that Shell was building up gas as a “transitional” fuel to pave the way to a lower carbon future.

The offshore carnage extends around the world. Norway’s service fleet, the world’s second biggest after the US, has seen new contracts dry up along with a plunge in rates as explorers slash investments.

The number of idled Norwegian service ships went from zero to 100 last year, and the number of stacked offshore rigs will double to about 20 by this summer. Out of the total fleet, about one in six vessels has already been pushed out of the market, with that figure expected to increase during 2016.

In less than 2 years Statoil, which operates 70 percent of the country’s production, has cut the equivalent of four years of drilling for one rig by suspending or terminating contracts with rig operators such as Songa Offshore and Saipem SpA, according to Bloomberg.

While much of the Norwegian fleet sat in port, in an act of colossally bad timing, a new oil platform was hauled from its Korean shipyard to the Barents Sea, 80km north off Norway. (View corporate video.)

Italy's Eni distanced its new Goliat project from Shell’s Arctic-abort by insisting that it was in the “the manageable Arctic,” since the area remains largely ice-free all year.

Eni's Goliat platform, built at the Hyundai Heavy Industries yard in South Korea, is also the largest cylindrical floating oil rig ever made.

At 351 feet in diameter, the rig can produce 100,000 barrels of oil per day and store one million barrels. Housing a staff of 120, it comes with 14 anchor lines and 22 wells, including 11 producers, nine water injectors and two gas injectors.

This $5.6 billion armada of cutting-edge gear has just started to output crude after a two-year delay and 50 percent cost overruns. The field, holding about 180 million barrels of recoverable oil, is only the second in operation in the remote waters after the Snoehvit natural gas deposit.

Eni green-lighted the big project in 2009, long before the oil-glut, and construction was delayed several times for technical reasons.

“If they had known that it would be this expensive, they wouldn’t have gone ahead with it,” Erik Holm Reiso, a partner at Oslo-based consultant Rystad Energy AS, told Fuelfix.

Unfortunately, Eni will need oil priced at $90 to $100 a barrel over 15 years before the project can make a profit.

“When you’ve gotten this far, it would be unreasonable not to go through with the project,” said Reiso. “The capital has been sunk." 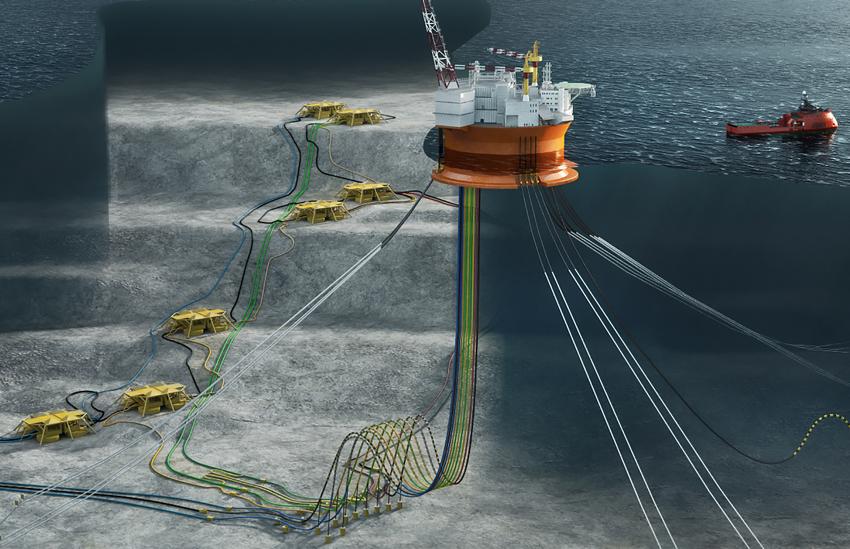 Along with the company's recent discovery of a “supergiant” gas field in the Mediterranean Sea, Goliat represents a milestone as the company rebuilds by diversifying away from its war-torn projects in Africa.

For Norway the project remains a breakthrough, which the exporter counts on to sustain output as mature fields are depleted, having dropped by half since 2000.

This means all of the reserves in Saudi Arabia, Iran, Iraq, Russia, and Central Asia would have to be fully exhausted before anyone even bothered exploring under the Arctic ice cap or deep in the Gulf of Mexico or hundreds of miles off the Brazilian coast.

We'll have to wait and see.