Saudi Arabia Prepares for Life After the Paris Climate Accord

Paddy Padmanathan, CEO of ACWA Power, who has built cutting-edge solar and desalination plants across the Middle East and Africa, represents the future of the Saudi energy industry. In a timely interview last fall, he talked about the rapid drop in solar costs, how soon the country could be exporting solar power, and the positive effects of the Paris Climate Accord.

So it was no coincidence when a delegation from his country pledged to eliminate up to 130 million tons of carbon dioxide equivalent (CO2e) by 2030. It became the 157th country signing onto the 195-nation pact approved in Paris last year.

By virtue of its heavy reliance on oil exports, most countries had viewed Riyadh as an obstacle to a universal pact.

Instead, this became the country's first significant concession to the international climate consensus.

Saudi Arabia said its goal could be achieved by investing and growing new sectors of its economy, including renewable energy and energy efficiency technologies.

In a first step of its difficult transformation, Saudi Aramco had also launched the largest carbon capture and sequestration (CCS) pilot project in the Middle East.

For the Saudis it's a win-win situation, because, like other enhanced oil recovery projects around the world, it will immediately boost oil recovery while also reducing CO2 emissions.

“While we don’t need CO2 recovery right now, we're investing in these technologies because they increase recovery and create an opportunity to sequester CO2 in very large volumes,” Ahmed Al-Khowaiter, chief technology officer of Saudi Aramco, told The Society of Petroleum Engineers. 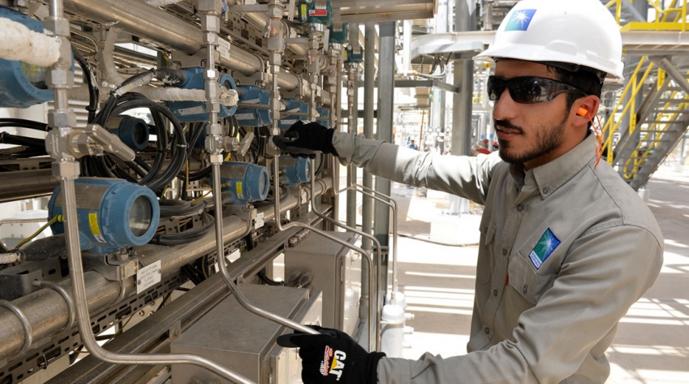 The pilot project is located at the supergiant Ghawar oilfield, which has been producing over 5 million barrels per day since 1951.

Led by the company’s EXPEC-Advanced Research Center, this will improve on water flooding.  It's expected to boost recovery by 20 percent, according to oil minister Ali al-Naimi. (Saudi Aramco press release)

In the pilot project, 40 million standard cubic feet per day of CO2 will be captured at Hawiyah NGL plant and then piped 85 kilometers to the Uthmaniyah field.

It will be injected into oil reservoirs under high pressure, storing an estimated 800,000 tons of CO2 every year.

"This pilot will show us whether we can take the Ghawar field, with an estimated 75 billion barrels of oil, from 50 percent recovery to 70 percent," Naimi told a news conference in Riyadh.

Since carbon sequestration technology is still in its early stages, this project includes elaborate monitoring and surveillance.

Housed in new facilities built for handling high concentrated CO2 streams, engineers will ensure that as much of the CO2 as possible remains safely sequestered underground. 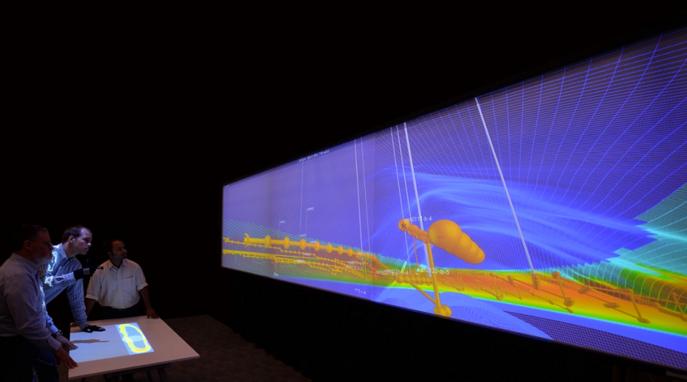 Using seismic monitoring and electromagnetic surveys on two observation wells, they hope to see that 40 percent of the CO2 remains locked underground.

Last fall, after Saudi Arabia’s oil minister — who also heads the country’s climate planning — said that the government planned to be a “global leader in solar and wind energy," Padmanathan agreed and supplied a realistic timeline, saying, “Saudi could be a solar exporter — I think it’s absolutely realistic and it’s going to happen."

In the short term, he said it was likely solar would fill the gaps in fast-rising demand in the country, 10-11% a year in what is now a 50 GW grid.

"Within a decade I have a suspicion we will produce a significant amount of electricity using renewable energy and particularly solar — but we will consume it.”

“There will come a time when we have enough capacity for exports…the minute we start looking across a broader mix of countries we can start looking at time zone differences.”

Can Saudi Arabia survive the end of the oil era?