Leasing Solar Power to a Million Rural Customers in Tanzania

In Tanzania, like many African countries, the rapid spread of mobile phones has outpaced the slow creep of grid-connected electricity, where 85% of the population still lives off-grid and relies on expensive and dangerous kerosene for light.

This predicament not only includes isolated, rural households, but even for people living on outskirts of cities where the grid is nearby, the steep $700 connection fee puts electricity out of reach.

So how do you lift millions of people out the dark? In cash-strapped Tanzania, building a nationwide modern grid is out of the question. Instead the country plans to lease a solar panel and battery kit to anyone stranded without power. It's an option that moves people out of energy poverty and puts them on the first rungs of modernity.

To that end, Tanzania has started rolling out its ambitious One Million Solar Homes initiative. Off Grid Electric, an American company called Mpower in Tanzania, which has built a reputation for delivering cheap "solar as a service," will lease kits for $10 that generate enough power for lighting, mobile phone charging, and running a TV.

The system starts with a 50-watt solar panel and a lithium-ion based battery capable of powering lights and small appliances for a few hours, combined with a battery, charge controller and a payment management system.

Since 2011, when the company was founded, it's worked to reduce the upfront cost and risk that keep many of the rural poor from adopting solar energy and demand has exploded. Between 2013 and 2014, the number of homes buying electricity from Off-Grid Electric increased from 1,000 to nearly 30,000. 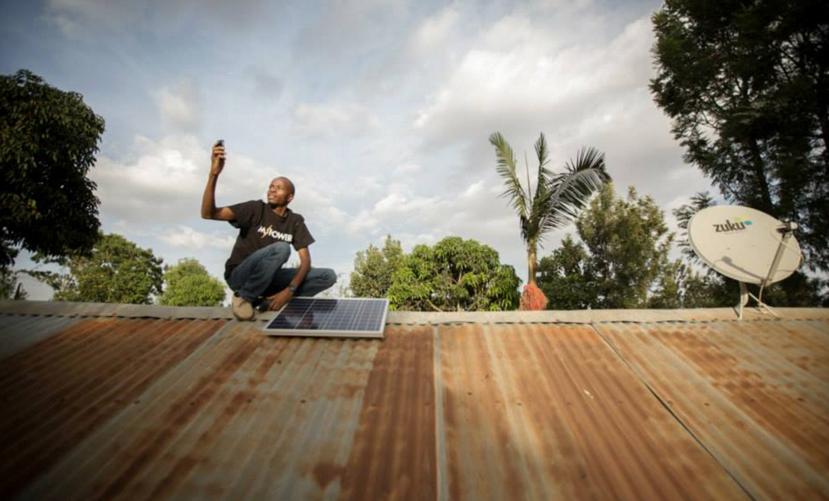 “We've pioneered a business model that allows consumers with no formal credit to finance solar. We redirect funds they were already paying for kerosene and batteries to a solar lease payment,” said Xavier Helgesen, co-­founder and CEO. He called it the "first financing vehicle of its kind for distributed solar in Africa and a critical milestone in the creation of a new asset class of institutional and impact investment."

The Tanzanian government hopes that by the end of 2017 10% of the nation will be hooked up to solar, and in the process aims to create more than 15,000 jobs.

Most experts think that other developing countries will also build "hybrid grids." High-consumption users like factories will get grid power, but off-grid consumers will happily adjust to life with 10-50 watts from a solar kit.

The company boasts that it's delivering the best possible equipment, rather than the cheapest hardware or the biggest profit margins.

Helgesen said that the firm has "dramatically reduced cost" with "tremendous economies of scale" while selling "direct to the customer with no middleman."

The young company partnered with Vodacom Tanzania to use their M-PESA mobile money platform to simplify customer payments. This partnership also helped the network by encouraging mobile money use and driving cell phone adoption. 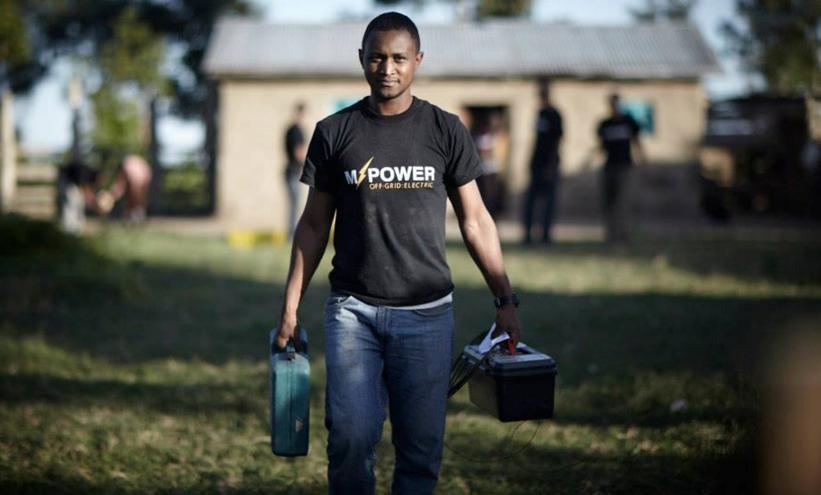 "Our business is based around targeting places where power is non-existent, expensive or unreliable—all the places where the grid doesn't work every well," he says. "I'm amazed by how many people pay for the system by charging neighbor's phones."

Off Grid Electric also set out to bring something new to Tanzania. “Good customer service is such a rarity, so it’s really remarkable that when you do deliver it, customers are just amazed because they haven’t had that experience,” Helgesen says. Off Grid runs what they believe to be one of the first 24-7 customer-service centers in the country.

After a system is installed,  the sales agent shows the customer how to operate the system and make the first payment.

Afterwards, in its large call center, the company begins contact with new customers and quickly responds to follow-up calls.

New customers are called several times to check that they know how to use their system, and existing customers are contacted
if they fail to top up regularly.

For a request that can’t be handled over the phone, a service request is sent to the customer’s agent, along with any new hardware. The agent has a financial incentive to respond promptly.

Agents are the front line for finding and retaining customers. For this reason, each regional office has an "agent success" staff for recruiting, training, and supporting their agents.

All of this effort drops right to the bottom line. Although most customers start with the basic service, Helgesen told Greentech Media that they usually upgrade after a few months once they're comfortable with the service.

Off Grid Electric has directly created employment for about 90 staff members and several hundred local agents. Many jobs are suitable for the growing
number of young graduates in Tanzania. They start at salaries similar to teachers, with good prospects for promotion.

Although many solar businesses work with sales agents, Off Grid Electric has provided substantial training for its agents.
Their agents earn commission for providing good ongoing service - not just for finding new customers. 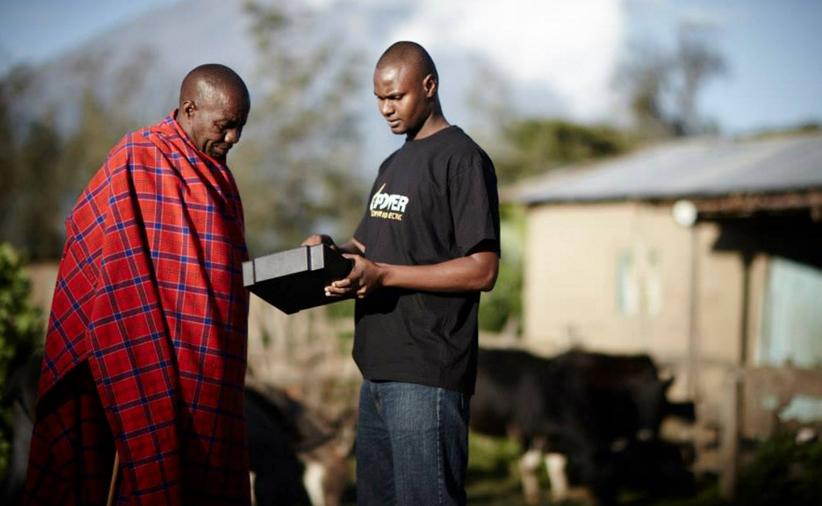 Already, Off Grid Electric provides power to 10,000 households and serves an average of 50,000 people each month. They’ve expanded to Rwanda this year and plan to reach 1 million homes by 2017.

Off Grid Electric says that it's approached nearly every week by companies wanting to use its platform in other markets. But at the moment their focus is on developing the perfect service organization. However, the company is talking with an organization that runs conservation programs for 140,000 people living near its game reserve, whose goal is to encourage using less firewood wood for fuel and lighting. This project could provide the perfect opportunity to launch services in another region.

Will this accelerate solar adoption?