Electric Cars, the Smart Grid and the Next Oil-Surplus Price Crash | AIChE
Skip to main content

Electric Cars, the Smart Grid and the Next Oil-Surplus Price Crash

It's always hard to predict the future, but that hasn't stopped Nissan from trying. In a new video, the company uses computer-generated imagery to transport the viewer into an ideal world where no human will have to struggle with parallel parking again.

Since the Nissan Leaf is the best-selling battery-powered EV in the world, it's not surprising that the video describes an energy system tied seamlessly together with lithium-ion batteries and an evolved smart grid, while deftly eliminating the corner gas station.

Yes, it's speculative and self-serving, but in ten years could a growing global fleet of electric vehicles cause another oil price crash as gasoline demand dwindles?

In OPEC's latest world energy survey, the cartel doesn't see that happening, and confidently predicts that EVs will only make up 1 percent of cars in 2040.

But the results have been lazily extrapolated from today's pricey technology, where under-performing plug-ins cost more than internal combustion engines. The micro-fleet of EV's currently makes up less than 1 percent of the global car market, and unless you're an early adopter living in an EV habitat like California, spotting a free-range vehicle is rare.

However, new research by Bloomberg New Energy Finance suggests that big battery price reductions hover just beyond the horizon, and during the 2020s EVs will become the cheaper, common sense option to fossil fuels (see the press release).

Here are some of the products sluicing down the pipeline: Soon Tesla, Chevy, and Nissan plan to start selling mass-market long-range electric cars for about $30,000. Other carmakers and some big tech companies are investing billions on dozens of new models. By 2020 many EV's will cost less and perform better than the old, incrementally improved 20th century competition. 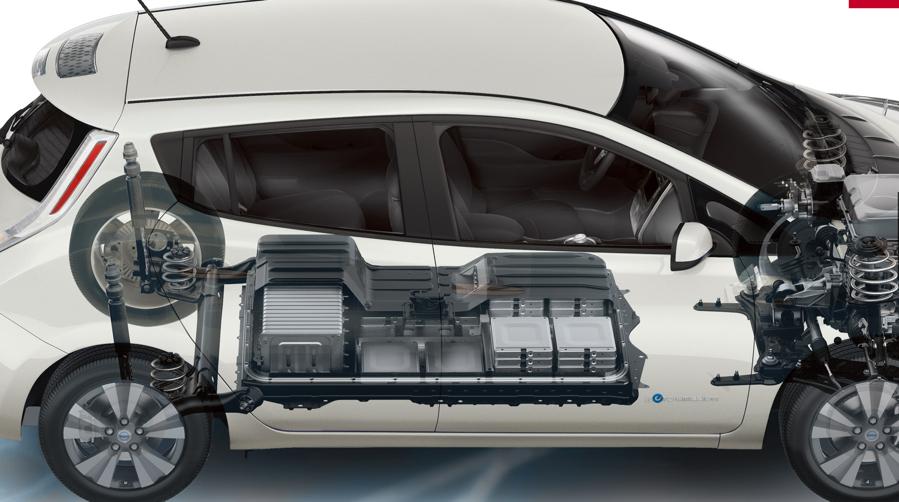 Interestingly, last year's 60 percent worldwide EV sales growth is the same that Tesla forecasts through 2020, and historically it’s the growth that helped the Ford Model T run the horse and buggy into a ditch. As an intregal part of the Nissan video's ecosystem, conjoined solar panels are growing 50 percent each year, and LED sales are hitting about 140 percent each year.

So how much oil could these new cars displace?  BNEF, by estimating EV costs low enough to get the average buyer to pull the trigger, targets the oil-crash in 2028.

“If you look at reports OPEC puts out, they put adoption at 2 percent,” said Salim Morsy, the report's author. “Whether it's 25 percent or 50 percent by 2040, there will be mass adoption.”

BNEF's research says that the growth of EVs will mean a quarter of the cars on the road will displace 13 million barrels per day of oil by using 2,700TWh of electricity.

Colin McKerracher, at Bloomberg New Energy Finance, said, “The core of this forecast is battery prices. Costs have already dropped by 65% since 2010, reaching $350 per kWh last year. We expect costs to be well below $120 per kWh by 2030, and to fall further as new chemistries come in.”

Salim Morsy commented, “Our forecast is based on the crude price recovering to $50, and then trending up to $70-a-barrel or higher by 2040. More importantly, BNEF figured that even if the oil price were to fall all the way to $20 and stubbornly lodge there, this would only delay mass adoption of EVs to the early 2030s.”