The Prelude was already huge, but it became much more imposing once the topside modules were installed. It's more than 530 yards long, 80 yards wide and built with 260,000 metric tons of steel. When it's moored off the coast of Western Australia, it will displace 600,000 metric tons of water — as much as six aircraft carriers — and process more natural gas than Hong Kong uses in a year.

What makes this giant liquefied-natural-gas facility possible is the miniaturization of its components. Much smaller than onshore versions, basically, it's "Honey I shrunk the LNG train until it could fit on the topsides of a ship," with below-decks holding the frigid LNG before it's transferred to awaiting LNG carriers.

Prelude was designed to economically exploit “stranded” natural-gas deposits, which until recently cost too much to tap. In North Dakota, for example, most natural gas released from oil drilling is usually burned off because infrastructure has been playing catch-up. “A project like this wasn’t economical for decades, but now things are changing,” Francis O’Sullivan, the director of research at MIT's Energy Initiative, told the New York Times.

"FLNG reduces the cost and environmental footprint of LNG development because there is no need for long pipelines to shore," Roger Bounds, global head of LNG at Shell Integrated Gas, told World Expo. "There will be no compression platforms to push the gas to shore, near-shore works such as dredging and jetty construction, or onshore development such as building roads, lay-down areas or accommodation facilities."

Although the concept is only now becoming a reality, Shell has been working on the FLNG technology since the mid-1990s.

Prelude may be a technological marvel, but its true significance may be the global reach of its supply chain. Although the hull and topsides were completed at the Samsung Heavy Industries shipyard in South Korea, component fabrication has been taking place all over the world.

In Dubai, the Prelude's entire turret mooring system has been finished and shipped. Almost 100 meters high, once assembled it will be the largest turret in the world. The first turret module was completed in September 2013 and shipped to Geoje. Since August 2014, four more turret modules have been shipped and integrated into the hull.

The turret—which unites the subsea connections that extract and control the flow of gas from the reservoir—is part of a mooring system designed to ensure the ship can operate safely in weather conditions as extreme as category-5 cyclones. The swivel design enables the ship to move like a weather vane, rotating with the prevailing wind, waves, or current, while the moorings remain secured to the ocean floor.

Malaysia has been the main location for the construction of the Prelude's subsea Christmas trees, manifolds, and control equipment. Two Christmas trees already installed subsea at Prelude's final destination.

The loading arms are under construction at the FMC manufacturing facility in Sens, France, and in February 2014, the first loading arm was tested. Ocean conditions and the extreme cold of the LNG were simulated and the tests were deemed a success.

For anchors, Prelude uses four groups of mooring chains. Each link is more than three feet long and was cast in the Basque region of Spain.

Meanwhile, the Noble Clyde Boudreaux drilling rig was towed to the Prelude's final location off the coast of Western Australia in August 2013, and drilling is under way. The first well was completed in late December 2014.

In Darwin, Australia, the main onshore supply base for Prelude is complete. The site is already receiving spare parts and equipment for the Prelude FLNG facility.

Shell has also founded a search and rescue helicopter service in Broome, Australia, to support drilling activity and later the Prelude FLNG. It is supported by a dedicated team of highly trained pilots, paramedics, engineers, and crew. The service is on standby 24 hours a day and is able to respond within 15 minutes during daylight hours and 30 minutes at night.

Shell started recruiting Australian production and maintenance technicians in 2012. Since then, more than 1,200 people have been employed and moved to Geoje, South Korea, to work on operations readiness for Prelude.

Once operational, the Prelude FLNG facility will produce at least 5.3 million tonnes (mtpa) per annum of liquids: 3.6 mtpa of LNG, 1.3 mtpa of condensate (equivalent to 35,000 bbl/d) and 0.4 mtpa of liquefied petroleum gas (LPG).

"Floating LNG is the most important innovation in the gas industry in decades," said Bounds. "We believe that FLNG will enable the development of gas resources ranging from clusters of smaller, more remote, fields to potentially larger fields, via multiple facilities where, for a range of reasons, an onshore development is not viable.

"This can mean faster, cheaper, more flexible development and deployment strategies for resources that were previously uneconomic, or constrained by technical or other challenges."

That said, there is a significant chunk of change hanging in the balance. While the total cost has not been disclosed, industry analysts have estimated the vessel will cost between $10.8 billion and $12.6 billion to get it out of dry dock and into operation.

Looking for an edge

As Prelude heads toward completion, Shell has indicated that it's the first of what could be multiple projects.

Shell is still considering two potential liquefaction plants in western Canada, and a possible LNG import and regasification terminal at the Kakinada Deepwater port in India.

Such decisions will be made against a backdrop of exploding supply and slowing demand (at least, in the near term), although the market is expected to surge from 240 million tons a year today to 430 million by 2025. That growth will be driven by expanding economies in China, India, South-East Asia and the Middle East, along with renewed demand in Europe and mounting interest in locations such as Vietnam.

"With so many competing supply projects, gaining access to the best LNG markets has become far more competitive," said Bounds. "So, while we see robust demand growth in LNG, competition to supply that growth will also be strong. Supply projects with strong economics, credible developers, and short development times will be advantaged."

Is Prelude a one-off or the beginning of a whole new phase? 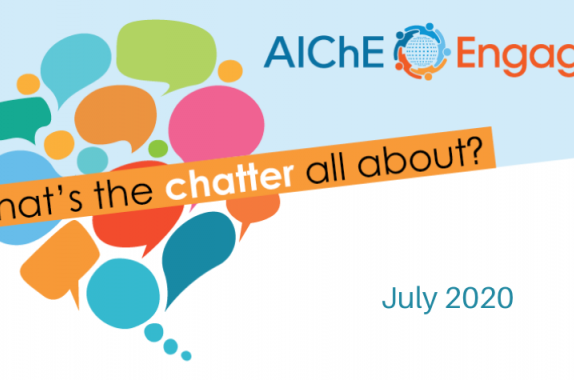 Have or need tips on using AI to solve technical problems? Looking for advice on how to search for a chemical engineering job in these unpredictable times? Find these conversations and more on AIChE's Engage. 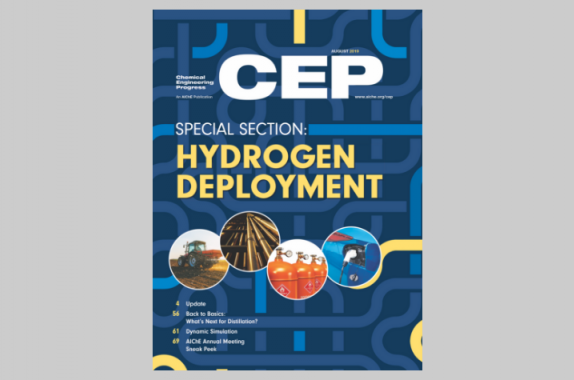 This month the future of hydrogen, a look at advances in distillation, uses for dynamic simulations, and much more.