Texas Is Giving Away Wind Energy 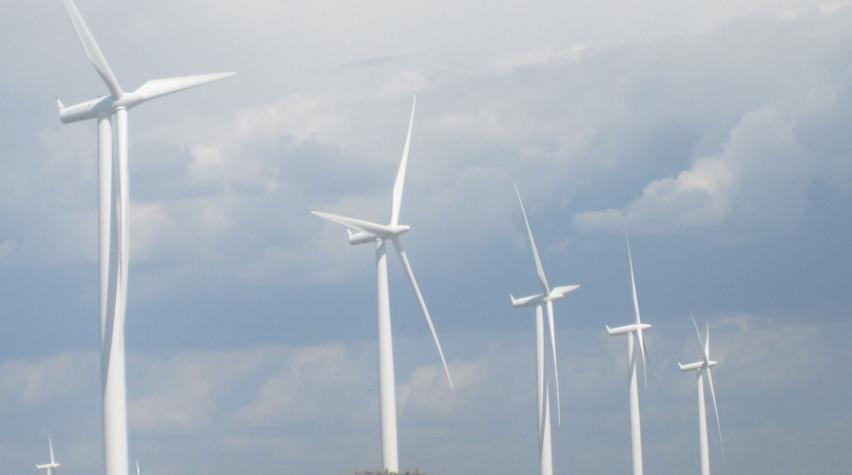 Wind power is now so cheap in Texas that many energy retailers offer special deals that include free electricity at night after demand drops and the turbines are still pumping out electricity. But the giveaway isn't philanthropic.

Since Texas is the largest deregulated electricity market in the country, it has spawned a battling scrum of wholesale power providers and retailers churning new and old customers. To survive in this cutthroat market, they're all trying to rein in wasteful customer consumption to cut operational costs and eliminate the need to build expensive, new power plants.

That energy loss leader they're giving away always shows up at night. For example, Last spring in the early hours of the morning when Texans living in the big cities of Houston and Dallas were still sound asleep, in West Texas, strong winds powered hundreds, then thousands of wind turbines and sent electrons across the state when they weren't needed, wanted or used.

The wind was so strong and demand so weak that spot prices hit zero and then nose-dived into negative territory. As Texas continued to snooze, power producers were paying a small ransom to the state’s transmission system to take the excess electricity off their hands - forking out $8.52 a megawatt hour at one point.

After picking up wholesale energy like this on the cheap, retailers have a handy tool to change how customers use energy. By offering the free overnight plan, coupled with higher daytime rates, utilities hope to get customers to dial it down when prices are high during the day and dial it up when prices drop at night.

in June 2013, during the early days of wind energy switching, 135,320 households enrolled in “time of use” plans. That number jumped to 290,328 — out of more than six million residences — in September 2014. Satisfied customers report that the plans save them as much as $50 a month during the peak summer air-conditioning season.

“We're still in the formative stages,” Paul Wattles, a senior analyst for ERCOT, the nonprofit grid manager for Texas, told the New York Times this November. “If we reach critical mass — 90,000 is already a good number — but if that number started to double or triple, you could start seeing a significant shifting of load, and that is the whole point.”

Regardless, the lopsided supply and demand dynamic won't end any time soon. Texas has more installed wind capacity (15,635 megawatts) than any other state. In 2014, wind made up 4.4 percent of electricity produced in the United States. But since Texas is the home to nearly 10,000 turbines, it has more than 12 gigawatts of free range electrons. In 2014 wind generated 10.6 percent of the electricity in Texas, up from 9.9 percent the previous year and 6.2 in 2009. That could jump to 20 gigawatts with upgrades to the current transmission system.

This rapid growth has been fueled by conditions unique to Texas. First of all, the Lone Star State is an electricity island. Its grid doesn't connect with the others that supply the rest of the country. Most other states (excluding Hawaii and Alaska) are part of larger regional bodies like PJM (which covers 13 states in the Midwest and Middle Atlantic). This means that all electricity produced in Texas must be used in Texas at the moment it's produced, the cardinal rule of all AC power grids.

Wind energy also has two big market advantages over other power sources. Typically, wind developers can bid at the lowest price because they don’t buy fuel and they also get a federal production tax credit of 2.3 cents per kilowatt-hour for any power sent to the grid. So even if wind operators give the power away, they still receive a tax credit equal to $23 per megawatt-hour. At this point, there is no reason to throttle the turbines back.

The wind surplus in Texas was set in motion over 10 years ago. In the early days, when wind development surged, the King Mountain Wind Ranch was built in 2001 south of Odessa, Texas, making it the largest wind farm in the world, with 214 turbines generating 278 megawatts of electricity.

Fourteen years later, the company that constructed King Mountain, RES Americas, has developed 15 wind farms in Texas that generate about 2,200 megawatts of electricity — enough to power about 600,000 homes. RES and many other developers have even more wind farms under construction.

During the growth spurt between 2001 and 2013, trouble arose when the transmission lines crossing the state could only carry 4.5 gigawatts at a time. For years, when the west Texas wind was strong, turbines were "curtailed," or forced to shut down.

A major leap forward for Texas’ wind industry came in 2005 when then-governor Perry and the state legislature approved the Competitive Renewable Energy Zone initiative, a 3,600-mile network of transmission lines. By any standard, it was huge. The network cost $7 billion, which is more money than the whole country has spent on transmission in some recent years. It comes to about $300 per person served by the Texas grid.

In 2013, after the sprawling network of power lines was completed, the panhandle and West Texas were linked to the millions of customers around Dallas-Fort Worth, Austin, and Houston.

Today the Texas grid accommodates six of the ten largest wind farms in the nation, including three of the top five. About 220 miles west of Dallas, the Roscoe Wind Farm is the state’s largest wind complex, its 627 turbines — spread across 100,000 acres — capable of producing enough electricity to power 265,000 homes. The Horse Hollow Wind Energy Center, located near Abilene, has erected 421 turbines in three phases and is capable of generating enough electricity to power 221,000 homes.

Still, Texas’ wind energy sector continues to grow, spreading from West Texas to the Gulf of Mexico, where some developers are building on-shore wind farms along the coast and contemplating offshore wind farms.

New wind farms now under construction in the Texas panhandle will have a capacity of at least 2,200 megawatts when they begin scheduled operations by 2017. One positive trend that could continue to boost the state’s wind energy production is the first national wave of “repowering,” in which wind energy companies replace older turbines with larger, more efficient turbines that can generate considerably more energy.