One of the world's great remaining mysteries is the actual size of Saudi Arabia's oil reserves. But whatever the answer — what is non-peak, Alex? — the Kingdom is furiously pumping a little over 10 million barrels a day to fund and power its growing economy.

The Saudi's are keenly aware that burning a quarter of the their oil for domestic energy needs, 2.8 million barrels a day and growing, which includes 1.5 million barrels to power its armada of desalination plants, could devour oil exports by 2021 and eventually turn the kingdom into a net oil importer. That would make the 1973 OPEC oil embargo seem like a walk in the park. What is apocalyptic, Alex?

With that dreadful possibility lurking in the future, the Saudi government has finally started imposing tougher energy-efficiency on air conditioners (one of the economy's biggest energy sucks), requiring fuel-economy standards for cars, and insulation in new buildings. New power plants must also be more efficient than the ones they replace.

But the opportunity cost of burning up so much oil is also unsustainable. Aramco sells it to the Saudi Electricity Company for $4 a barrel, which is very close to cost. Even with the global price of oil down to about $50 (a drop of about 50 percent since June 2014), Saudi Arabia loses around $46 on every barrel that isn't exported.

Now, Saudi rulers want to stop the waste, and solar, given the region's intense sunlight, is the alternative of choice.

After rejiggering cultural habits left over from the days of cheap oil, the Kingdom, which already produces 24 million cubic meters of water every day from desalination — half the world’s total — has started to reign in oil-burn by building the world's largest solar-powered seawater desalination plant.

Advanced Water Technology (AWT), the commercial arm of the King Abdulaziz City of Science and Technology, has contracted with Abengoa, the Spanish renewable energy group, to incorporate a solar plant into the $130 million facility they're building, which will produce 60,000 cubic meters of water a day for city of Al-Khafji on the the Persian Gulf (see the press release).

The solar-powered plant has been designed to reduce power consumption and a has pre-treatment phase that will reduce the high level of salinity and the oil and fats that are present in the region’s sea water.

Abengoa expects solar to provide all the plant’s energy needs during peak output, which in Saudi Arabia will be for much of the daylight hours. If the project hits its productions goals, the plant will be commissioned in 2017.

A new industry from scratch

While it's a first for such a large plant to run on solar power, it will also showcase two technology breakthroughs from a six-year research collaboration between IBM and the King Abdulaziz City for Science and Technology (KACST).

This plant could have been built 5 years ago if the Saudi's had wanted to use off-the-shelf technology. But the goal was more than just bulking up on drinking water. The Kingdom was looking for ways to diversify its economy and create more jobs around a desalination export industry. So it spent valuable time developing and customizing the technology for the Middle East region.

"We wanted to create a cluster of companies in the Kingdom and take this technology and market it around the world," Turki Al Saud, vice president for research institutes at KACST, said in a statement.

There are two well-developed desalination technologies: thermal desalination and reverse osmosis (RO) desalination. Globally, 70% of the thermal desalination plants have already moved over to RO, but in Saudi Arabia and the rest of the Middle East thermal distillation is still dominant because older RO membranes couldn't cope with the high salinity in the Red Sea and Gulf.

The first innovation is a reverse osmosis nanomaterial membrane that has been fully customized for the seawater in the region, while reducing the plant’s energy output. The second is a new concentrated solar system with an innovative cooling mechanism that cuts down on system outages and maintenance in the desert heat. A production line has already been set up for solar panels.

The membrane is also less likely to foul than other membranes on the market, according to IBM. When traditional membranes are at their dirtiest, more energy is required to push water through them at a higher pressure.

Together, the membrane and ultra-high CPV technology will make desalination much less expensive. IBM optimistically said that in the future it could even become "economically feasible to produce water for agriculture."

A factory and research center

As another part of the Kingdom's long-term strategy, in 2009 King Abdullah University of Science and Technology (KAUST) and Dow Chemical agreed to collaborate on a water technology research center. With access to seawater from the Red Sea, scientists use the plant to test water filtration and purification scenarios at industry scale.

Dow is also building a reverse osmosis manufacturing facility to supply its technologies to the whole region. This is the first factory Dow has built outside the United States to manufacture this technology (see the press release).

The plant will be part of a huge $18 billion complex taking shape at the site of Dow's petrochemical partner Sadara, which is scheduled to come on line by the end of 2015.

With a sustained push for the development of more solar desalination plants and technology, Saudi Arabia could be not only an oil power but a water power as well.

What can the US learn from the Saudis? 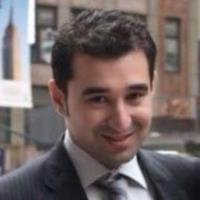 Thanks for sharing. Interesting article

This issue, a special section devoted to plastics recycling, plus tips for strong packed tower performance, reboiler optimization, and much more.