Weeks before Japan restarted the first nuclear reactor of the 48 that were shut down following the 2011 Fukushima disaster, a Marubeni-led consortium installed the world’s largest offshore wind turbine in the waters off of Fukushima, 12 miles away from the radiating wreckage.

Towed out to sea

The 7MW turbine was assembled in June on its semi-submersible platform in Onahama port. Afterwards it was towed out to sea, where it joined a smaller 2 MW floating turbine, which had been installed in 2013.

In order to tow such a huge mega-structure to the testing area, three tugboats pulled from the front while two rear tugboats helped to maintain balance. In addition, they were accompanied by two patrol boats on constant alert. 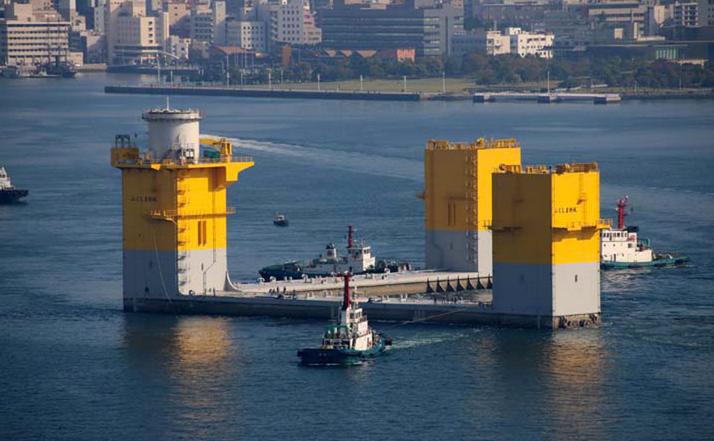 On June 7, crews completed installation of the 7MW hydraulic-drive wind turbine supported by a three-column, semi-submergible floating platform in water 120 m deep. Mooring work required eight 41-ton anchors. The turbine is connected to the 66-kW floating substation built when the first turbine was installed. Operation should begin in December.

Ironically, this installation was delayed four times by a series of typhoons that blew through the region. This allowed an engineer, Katsunobu Shimizu, to stress to NBC News that the turbine would be able to withstand even the most extreme conditions.

"These turbines and anchors are designed to withstand 65-foot waves," Shimizu explained during a boat tour. " If a large wave pushed the turbine up and down or side to side, the loose chains connecting the structure to the seabed would give it the freedom to move without being damaged." 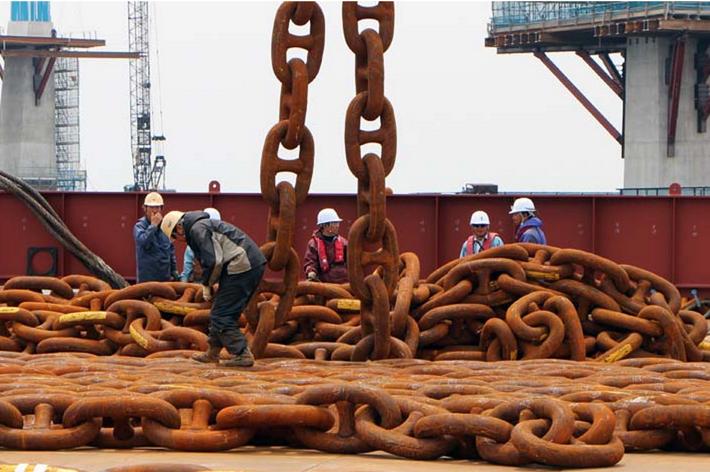 The completed wind farm will include the 7-MW turbine; the 2-MW turbine, installed two years ago; and one 5-MW turbine, which will be installed in 2016. Researchers will record performance data and determine which design works best in the open sea.

The Fukushima disaster provided the catalyst for change in Japan's attitude toward wind power. Before the quake, 30 percent of the country's energy came from nuclear. Now Fukushima is being decommissioned and all but one 48 of Japan's nuclear reactors have been taken offline.

Since Japan has few natural resources of its own, by November 2011 the Ministry of Economy, Trade and Industry (METI) approved a startup budget and the Marubeni-led consortium was formed to develop the wind farm. By November 2013, the 2MW Hitachi turbine built by Mitsui was generating electricity in water depths that range from 300 to 600 feet. A 66kV substation, built on an advanced spar floater by Japan Marine United, was also operating. 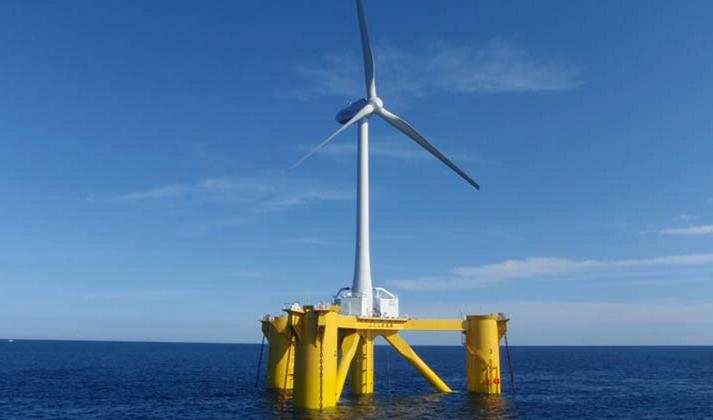 Japan has finally overcome the main obstacle preventing its development of offshore wind: 80% of the country's offshore wind capacity is found in depths greater than 300 feet, beyond the reach of the conventional fixed-bottom foundations that support the offshore turbines on Europe's shallow continental shelf.

Based on the success of the first 2MW turbine, according to Bloomberg, Marubeni has already been contracted to build two more offshore wind farms with a combined capacity of 145 megawatts in the northern prefecture of Akita. The Tokyo-based company will build 65MW and 80MW farms, and both projects will begin operation by 2021.

An Hitachi consortium has also been given permission to explore the possibility of developing a 220MW offshore project in Niigata, also off the northwest coast of Japan.

Can Japan and the US catch up with Europe?