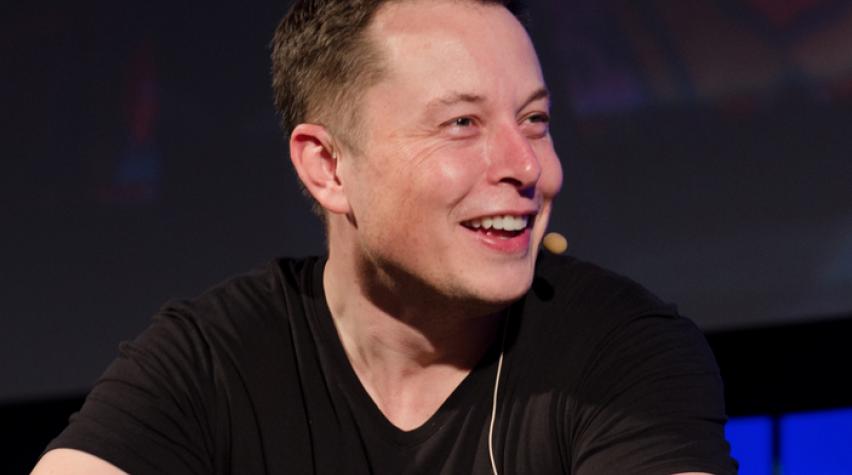 Earlier this month Elon Musk created a technology miracle: he made battery storage sexy enough during his product rollout that he had his audience whooping, cheering and clapping, which isn't an easy trick with a box that sits on a garage wall silently routing electrons.

The reason is as obvious as it is unique. Musk's fame and cultural cachet has grown exponentially since he took a $165 million payout from Paypal and went on to quickly found Tesla Motors and Solar City, one creating electrons, the other running on them, and both embodying his vision of a solar-powered future. So by the time he rolled out Tesla's Powerwall home battery and its hunky Powerpack for commercial and utility systems, he'd become the go-to spokesman for a solar power revolution. And it was also no secret that those cheering the loudest had probably driven there in a Tesla S or (like the budget conscious tech reporters near the stage) had already pre-ordered the upcoming mass market $35,000 Model 3.

Most of the rock star adulation had been directed at Tesla Energy's 7kWh Powerwall for daily home use, not the slightly more powerful 10kWh grid backup. That's because when the smaller battery is coupled with solar panels and its sophisticated battery management software, it has the most potential to dramatically reduce expensive energy sucked from the grid. As a matter of fact, just days after the media-hyped rollout, Musk told reporters that demand had been "crazy off the hook," with 38,000 reservations pouring in through the company's website, even though it's common knowledge that storing power at home is still more expensive than traditional grid power. That's certainly not rational, but as Musk who obviously depends on the psyche of early adopters knows, "that doesn't mean people won't buy it."

It turns out that during his Powerwallpalooza Musk had been heavy on the "vision thing" and light on actual details. So regardless of the crush of consumer demand, SolarCity and Musk, its chairman, had already decided not to install the smaller 7kWh Powerwall, primarily because the battery "doesn't really make financial sense." They know that state net metering incentives allow US solar customers to sell any extra electricity back to the grid, killing any economic rational for residential batteries: why prudently save solar energy to use after the sun sets if you can easily sell it and then buy it cheaply at night when demand is low?

And, at the same time, Musk has never been a big booster for grid defection. He thinks that the grid offers too many benefits (which includes profitable remuneration to Solar City). So he's never encouraged his customers to pull up stakes and homestead, going it alone and roughing it out on the solar frontier.

That's why Bloomberg’s Tom Randall reported that Solar City will only offer the 10kWh Powerwall to its customers, not the 7kWh model, the obvious Tesla-fan-favorite. Unlike the daily use 7kWh, the chemistry of the 10kWh limits it to 50 charging cycles a year during its use as backup power. Ironically, at a pricey $5,000 for a nine-year lease, it's even more expensive than a Home Depot gas generator. Randall explained:

For customers of SolarCity, the biggest U.S. rooftop installer, the lack of a 7kWh option means that installing a Tesla battery to extend solar power after sunset won't be possible. Want to use Tesla batteries to move completely off the grid? You'll just to have to wait. “Our residential offering is battery backup,” SolarCity spokesman Jonathan Bass said in an e-mail.

But the larger model has more drawbacks. Since its purpose is to provide backup power, its electricity output is miserly, rationing just 2 kilowatts of continuous power at a time, which maxes out from the minimal demands made by a vacuum cleaner, hair drier, microwave oven or a clothes iron. Big energy sucks like central air are a disaster. According to Randall, it can barely support two space heaters, and on sunny days it can only run one or two small window A/C units.

Most of today's gadget-filed, energy-profligate homes demand a lot more power, but to make matters worse, even if a customer wanted to stack the batteries efficiently together, SolarCity doesn’t offer a discount. So to provide the same 16 kilowatts of power as a $3,700 Generac generator from Home Depot would require eight chained batteries for $45,000. Brian Warshay, an analyst with Bloomberg New Energy Finance, verified the obvious to Randall, "It's a luxury good - really cool to have - but I don't see an economic argument."

It turns out that Musk's plan for the home battery is a very long-term strategy. He's betting that utilities, along with eventually cutting back the lucrative net metering payback, will start pricing power according to the time of day you use it and charging more as demand rises, exactly the same way many utilities already nudge businesses toward energy conservation. Once that happens, the case for batteries would change, making them an economic no-brainer. So the flip-flop from irrational solar fanboy to savvy energy harvester is dictated by a complicated regulatory world dominated by monopoly utilities and their cozy-to-contentious oversight from state public utility commissions.

So while Tesla waits for the regulatory environment to change, its immediate strategy will be to sell its industrial strength Powerpack batteries to utilities and businesses, which is already a potential money maker. States like California, which is constantly throwing up more and more solar, have mandated that utilities deploy lots of storage, so it makes sense that Southern California Electric and Texas’ OnCor are already partnering with Tesla on storage projects.

One positive development has already occurred in the home sector. SolarCity said during its recent earnings call last Monday that it plans to offer an off-grid package next year in Hawaii, where electricity prices are almost triple the U.S. average.

How long before utilities find a workable grid business model?