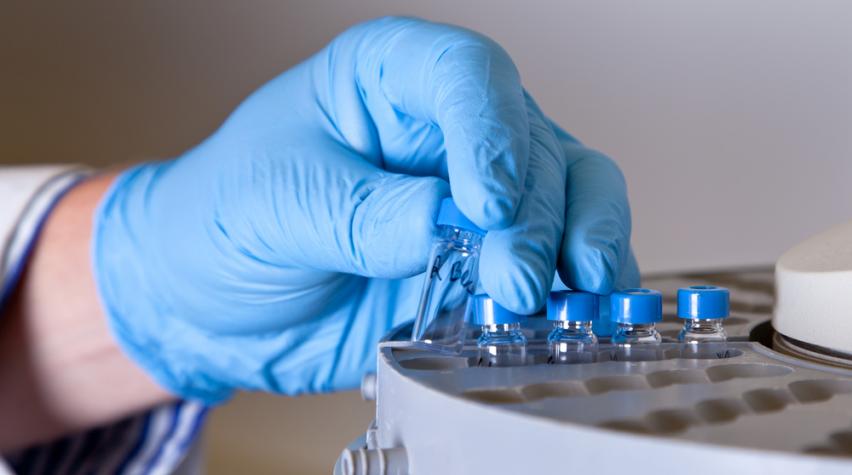 Researchers at Penn State College of Medicine have developed a nanoparticle that can deliver a melanoma-fighting drug directly to the cancer. Drug delivery is a particularly high hurdle in cancer treatment, with many treatments causing drugs to pass throughout the body and not specifically to the tumor being treated.

Gavin Robertson, professor and director of the Penn State Hershey Melanoma Center, explained in a report from the university that "The drug is packaged into a lipid ball significantly smaller than the width of a hair to make it soluble in the blood stream and prevent negative side effects. The drug-containing nanoparticle ball then travels in the bloodstream to the tumor, where it accumulates and the drug is released in the tumor to kill the cancer cells."

The drug that the research team has been able to deliver by nanoparticle is a cancer-fighting compound called leelamine, a substance derived from pine bark. Because leelamine cannot be given orally, due to poor absorption in the gastrointestinal tract, or injected intravenously, due to its damaging effect on red blood cells, the team turned to nanoparticles. The researchers developed a new nanoliposome that loads leelamine, called Nanolipolee-007, which is injected intravenously without causing damage to red blood cells. It then accumulates in tumors because of its small size where it releases the drug to kill the cancer cells. Leelamine is the first of a new unique class of drugs that inhibits cholesterol movement around a cancer cell to shut down signals needed for cancer cell survival. As a result, protein pathways like the PI3K, MAPK and STAT3 that are highly active and help cancer cells multiply and spread, are turned off and the cancer cells die. Since normal cells are not addicted to the high levels of activity of these pathways that occur in cancer cells, the drug has a minor effect on them. The researchers showed the results of Nanolipolee-007 on cells growing in culture dishes and in tumors growing in mice following intravenous injection. Leelamine inhibited tumor development in mice with no detectable side effects. The results of the research are published in the journal Molecular Cancer Therapeutics. You can also find more information in the Penn State press release.