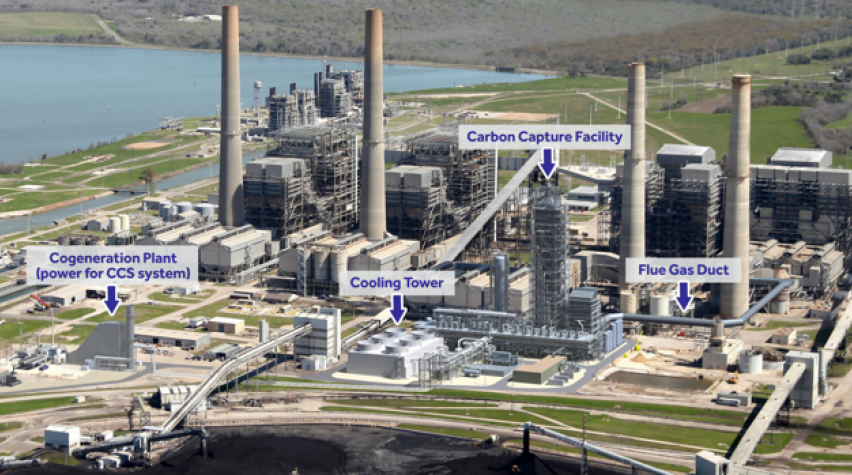 All eyes are on Texas - at least among emissions and spreadsheet wonks - as NRG Energy breaks ground on a $1 billion carbon capture retrofit of one unit at its WA Parish power plant near Houston, the largest fossil fuel plant in America.

As global utility execs monitor construction - while dreading the "CCS jinx" - many are just as curious about the 75 year old West Ranch Oil Field 82 miles away. Although barely eking out 500 barrels a day, NRG says that this afterthought of a former oil boom will finance the project and help move the industry beyond any lingering Futuregen jitters. Back in 2008, when optimism ran high for FutureGen's emissions technology, utility executives assured America's widows and orphans that coal-fired power could be saved. President Bush had touted carbon capture and storage (CCS) in his State of the Union address, and an Illinois construction site had even been picked where CO2 would be safely injected deep underground. (Enhanced oil recovery wasn't even associated with CCS yet.) But to stop runaway costs the DOE canceled the program, shuttering the "clean coal" showcase and then "regrouped."

Afterwards, Futuregen's CEO complained that progress had been set back two, maybe four years. Unfortunately, he was too optimistic. Years afterward, no one would bring similar technology to market, and projects were routinely postponed and cancelled. At the same time, the International Energy Agency (IEA) warned that if CCS costs didn't drop and kickstart wide-scale adoption - especially among energy-starved developing countries - staying below the two-degree global warming limit would become increasingly difficult. Breached, all sorts of nasty things could happen, a feedback-loops-gone-wild scenario. Still, time passed as wind and solar became more efficient, and of course, cheap natural gas muscled onto the grid in a big way. Even today, paying scant attention to the IEA, Vattenfall, one of Europe's largest energy producers, announced in May that it would stop CCS research on their coal-fired power plants which are losing money as renewables flatline power prices. According to IEEE Spectrum, Vattenfall, will limit its belt-tightened research budget to the smart grid, wind, hydro, nuclear and, ironically, coal... "to look at ways to use coal assets as a regulator for intermittent renewables."

But last week, after NRG Energy broke ground on their Texas project, CCS was back on the radar and suddenly everyone noticed several projects under construction in North America. Two are almost ready to go online, SaskPower's Boundary Dam, a $1.3 billion retrofit in Saskatchewan, Canada, and Southern Company's new $5.5 billion integrated gasification combined-cycle plant in Mississippi. NRG and SaskPower, using similar post-combustion amine technology, promise to reduce CO2 emissions by 90%, Kemper, a more modest 65%, and all say that this will make coal cleaner than natural gas, the current fuel-du-jour, methane slip and all.

For President Obama these demonstration plants are must-wins that could push clean-coal innovation to the next level and lower costs. After all, even widows and orphans know that any coal plant that can't meet the EPA's new emissions caps will be shoved into hospice care. So, can these new projects save coal? Not immediately. Realistically, each of these projects is a one-off, built under special circumstances, and the cruel math of carbon capture still doesn't add up. CCS technology is still so expensive that SaskPower's Boundary Dam received $240 million from the Canadian government and will not only have to sell 1 million tons of CO2 a year for enhanced oil recovery (EOR), but will add a painful 5.5% rate hike to customers (it's a protected monopoly). 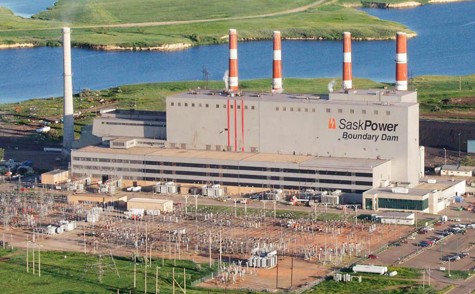 Southern's Kemper plant in Mississippi, after a $270 million DOE grant brought the project to life, is so far over budget that opponents have stigmatized it as a "debacle." Southern has one big financial advantage. They've located their plant next to the company's vast and cheap lignite reserves, a feedstock that would have been taboo without passing through the plant's state-of-the-art gasification technology. Southern will also sell millions tons of CO2 a year into the EOR market, and as a regional monopoly, jack up local utility rates 24% for three years to claw back overruns. So obviously, many utility CEO's will chose to build combined-cycle natural gas replacement plants instead, or in extremely sunny or windy states like Texas and California, predictable 20-year purchase agreements make wind and solar viable.

Nonetheless, NRG pushed ahead. Since the company would have a hard time raising rates in the deregulated Texas energy market, breaking ground on the world's largest CCS project was the result of canny financial deal-making. First NRG brought Tokyo-based JX Nippon Oil & Gas into the deal, which is now called Petra Nova. Both agreed to put $300 million into the $1 billion project. Even though the DOE had already put up a $167 million grant, the project still needed financial help. Next the Japan Bank for International Cooperation and Mizuho Bank, one of the largest banks in the world, added $250 million in risky loans to help showcase Mitsubishi Heavy Industry's (MHI) exportable capture technology, which has already been used in a three year demonstration project at an Alabama coal plant. 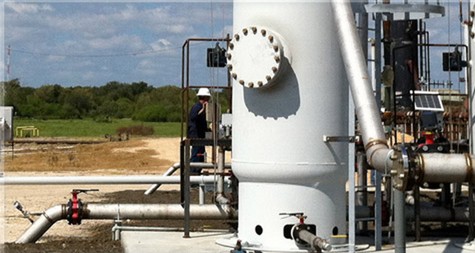 But the deal finally fell into place after both partners bought a 25% interest in the zombie, 500-barrel-a-day West Ranch Oil Field, where, if all goes well, each year 1.6 million tons of CO2 will be sent 82-miles and pumped under ground to flush out 60 million barrels of recoverable oil. This is expected to boost production to 15,000 barrels a day. Along with selling the carbon dioxide, the enhanced oil recovery will recoup the project's construction costs. 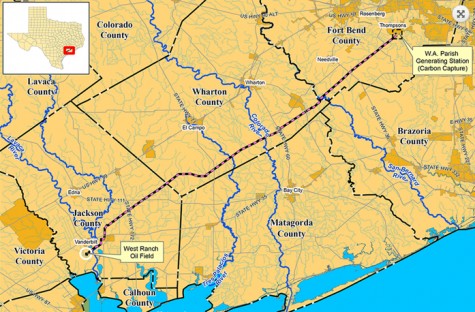 At 240 MW, the project is larger than NRG first imagined, but it's necessary to boost oil production enough to make the numbers work. Even though the project is larger, it's retrofitted on an even bigger 610 MW coal unit, so only 240 megawatts of flue gas will be captured. One final problem had to be solved: removing and then compressing carbon demands a lot of energy and cuts into profits. NRG aded a 75MW cogeneration gas turbine to produce the 45MW required for the capture process and will sell the remaining 30 MW to the grid. Unfortunately, even the turbine has an obvious downside. It will toss off 785,000 tons of carbon a year. So, even though NRG says the actual capture process will keep 1.6 million tons of carbon a year from entering the atmosphere, total carbon removal will be only 815,000 tons. Ultimately, carbon capture is still a work in progress, but NRG's demonstration will allow the next power generator willing to take this gamble to improve on the design, lowering costs, and on and on, until fancy deal-making is just icing on the profits cake and not the foundation of carbon sequestration.

Will the new technology spread? 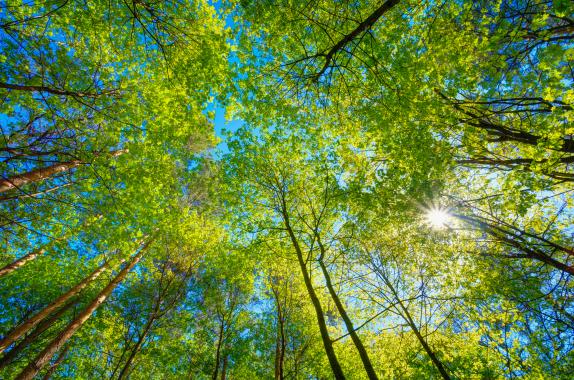