Recently, a zoning board voted to allow Ogin Inc, a Waltham, MASS company, to begin installing 40 of its turbines in the windy Altamont Pass, near San Francisco, paving the way for a real-world test of their proprietary "shrouded" wind turbine, which, the company says, is more efficient and less lethal to birds and bats than traditional turbines, both old and new. 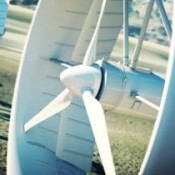 Successfully reducing bird deaths will solve a problem that began thirty years ago after the first oil crisis in 1973, when the US government started looking for new sources of energy - preferably stamped "made in America" and less volatile than Middle Eastern oil. While at the same time, entrepreneurs beavered away in garages, which turned into startups with competing designs, and the first modern turbines - puny by today's standards - eventually flooded the market.

In the first half of the 1980s, driven by federal tax credits and state incentives, California built more than 1.2GW of wind power, about 90% of global capacity, as thousands of small wind turbines - with only kilowatts of capacity and 45 foot rotors - were installed in large clusters of wind farms.

During this wild west era, site selection was simple. First of all, find the areas with the strongest winds. Ingratiate yourselves to the local ranchers. Lease their land. (Environmental impact statements weren't part of the process.) And that's how San Francisco's Altamont Pass became one the the state's premiere wind resources.

Not until birds and bats started dying after colliding with the turbine blades did developers and state officials realize - or acknowledge - that Altamont was in the middle of a major migratory route and also an important breeding area. 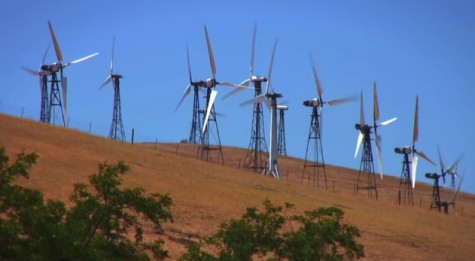 To correct the senseless tragedy, Altamont Pass is now in the middle of replacing 4,000 old 1970s and '80s turbines; they will have been "repowered" by newer turbines in 2018. This began because turbine technology had improved so much, but it also become inevitable after a 2007 court settlement forced energy companies to agree to reduce deaths among four raptor species by 50 percent, namely, the golden eagle, burrowing owl, American kestrel, and red-tailed hawk.

The project has completely altered the look of the once iconic windfarm. For every new turbine installed, 23 of the old ones have been removed. It took only 100, Siemens 2.3 MW turbines to replace 2400 of the original 4000 turbines.

After replacing so many old turbines, there was enough empty space to remove six miles of overhead electrical lines and about eight miles of road, returning the land to a more natural state. Far fewer turbines stand among the rolling hills, huge blades turning much more slowly and safely in the wind. 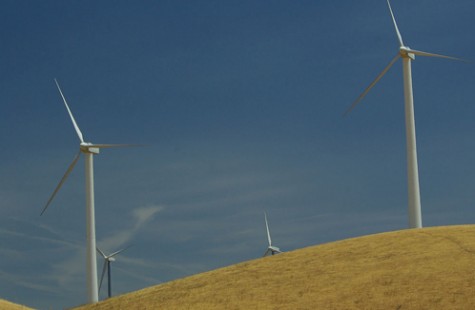 Conditions have started to improve. But even though wide spacing moved the new turbines out of common flight paths, and the slowly turning blades are easier to avoid, Altamont is still a bird no-fly zone. On-going studies show that 5,000 birds died annually from 2005 through 2011. Although it's hard to directly finger the turbines, there's a consensus that collisions remain the leading cause.

To improve the safety record further, officials scheduled Ogin's phase of the project to be completed by 2015. Ogin will replace 73 old turbines with a "shrouded" model designed to use the latest jet technology to change the airflow through and around the turbine. The two concentric cowls around the blades also make them less accessible to birds and bats, so the result is a quiet, compact 100 kW turbine that, the company says, outperforms any other midscale turbine on the market. 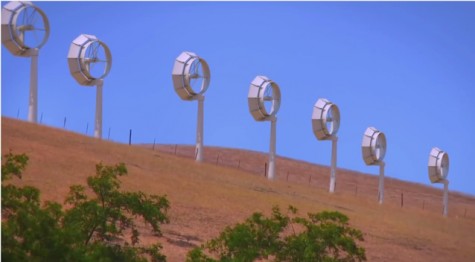 "It's a visual and physical obstacle that, in theory, will prevent birds from flying into the rotor zone," John Howe, Ogin's vice president, explained to The Mercury News.

A mortality study will monitor Ogin's turbines and wrap up in 2015. If the shrouded turbines prove to be safer, Ogin will install 330 more.

Even replacing mid 90's models with a 2 MW wind turbine generates four to six times more electricity. The report concluded that as the repowering market grows rapidly in the next five years, 2011 wind farms producing around 183 GWh annually will be replaced with turbines capable of generating 774 GWh. By 2020, repowering will push annual power generation at repowered sites from 1524 GWh to 8221 GWh.

Will wind turbines be a mature technology by 2020?