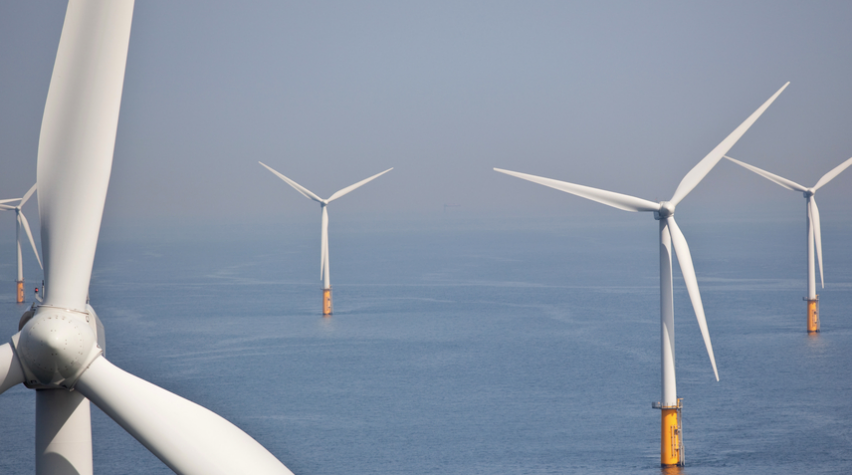 Making a pilgrimage to the island of Samso, Denmark, eco-tourists brave the cold, North Sea winds to witness what's been touted as the only place in the world where renewables - primarily wind turbines - supply all of the electricity. As a matter of fact, the 4,000 "Samsingers" use only 80 percent of the power from the island's wind turbines; and unused power is fed back to the Danish national grid by under-sea cable. 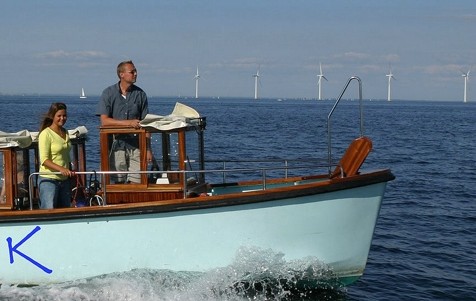 But, during $30 excursions to get up close to the island's offshore turbines, tour guides reveal a disappointing fact: when the wind isn't blowing, power from mainland coal plants is sent to Samso to pick up the slack.

Soon, these same eco-tourists will have a true, carbon-free destination. El Hierro, the smallest of Spain's Canary Islands located off the coast of Africa, will become the world's first energy self-sufficient island, generating all of its own power from an innovative, hybrid water and wind power plant. Since the remote, volcanic island has no coal or fossil fuels, it's considered an actual "energy island," and for decades its 10,000 residents and three desalination plants have depended on imported diesel for electricity. Fortunately, El Hierro's steep, seaside cliffs are perfect for wind turbines to harvest the powerful Atlantic winds. As early as July, when the new plant is up and running, the island will shut down its oil-fired power station. 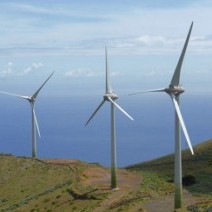 The new power plant elegantly solves the problem of intermittency. When the wind is blowing, five Enercon 2.5-MW wind turbines will send power to the island grid, while surplus power goes to a pumping station, pushing water from a shore-side reservoir uphill 2,300 feet, where it is stored in an reservoir bulldozed into one of the island's volcanic craters. If the wind drops off, the water will be sent down a 1.8 mile pipe back to the bottom, driving six Alstom hydro-turbines. Essentially, El Hierro will combine the two of the island's most abundant resources to deliver a steady supply of electricity - wind or no wind. And, if all else fails - which shouldn't - the island's former diesel plant will provide emergency backup power. 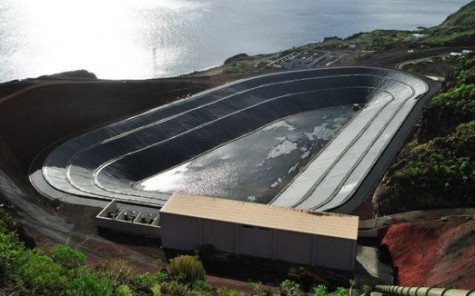 "At first, it was simply an issue of becoming more self-sufficient," Tomas Padron, chairman of Gorona del Viento El Hierro, the consortium building the hybrid project, told Time. "We were completely dependent on outside deliveries and could be cut off at a moment's notice." By eliminating 40,000 barrels of oil a year and saving about $4 million, the new plant will have a big economic impact on the island."We are not only generating electricity with a free raw material; this energy will generate revenue, and we are going to reinvest that into infrastructure projects," said Mr. Padron.

A tried and true technology

Pumped hydro storage is not new. According to the United States' Electric Power Research Institute, 127,000 MW of pumped hydro-systems have been installed worldwide, but El Hierro's is the first that won't use conventionally generated electricity. Pumped storage was first built in the United States during the 1960s, '70s and '80s to save unused power from nuclear plants during off-peak night hours. Then, while the nuclear plants operate at full capacity around the clock, pump storage can jump to full production within seconds, making it an invaluable tool to balance the grid. Since using pumped hydro costs less than $100 per kilowatt-hour, the United States, which already has 21 gigawatts of pump storage, is looking to add more to balance out renewables. China is also planning for 50 gigawatts of pumped hydro-storage by 2020, primarily to aid its renewable-energy expansion. Denmark is another example of "time-shifting" with pumped storage. Danish wind farms send unused night time energy by under sea cable to Norway, which gets almost all its electricity from conventional hydropower. The reservoirs behind its dams easily store Denmark's excess power and helps Norway mitigate some of the risk from drought to its hydro-heavy grid. For Norwegians, after paying almost nothing for Demark's energy, they turn around and charge Denmark a premium when they send it back during peak pricing hours.

There will be cascading benefits on El Hierro. The island authorities own 60 percent of the plant, with 30 percent held by Spanish energy company Endesa, and 10 percent by a local technology institute. "We wanted to be the owners of the majority of the plant. That means that the profits as well as the possible losses, that is the destiny of Gorona del Viento," said Padron. El Hierro's next goal is to totally eliminate oil by replacing all of its cars with electric vehicles. The EV batteries will be charged with excess energy from the hydro-wind plant. "The whole system will be integrated," Padron said, "It's beyond green. When the power plant and the car system interact, it will be like galaxies colliding."

Does the edge of the grid reveal the future of energy?