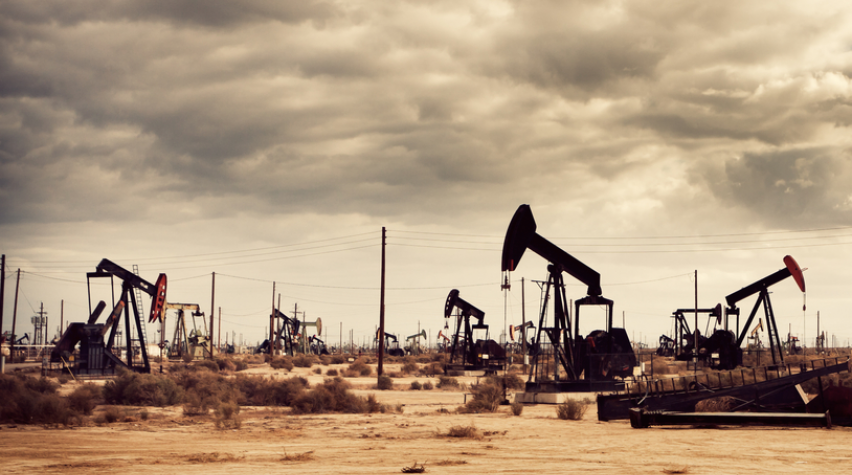 Glori Energy, a Houston oil field technology startup, was recently listed on the Nasdaq. Normally, that's not newsworthy, just another hundred million here, hundred million there, ho-hum kinda day. Glori teeters on the verge of being overlooked by investors who are throwing major money at shale oil plays and the technology du jour - fracking - as innovation keeps driving down costs and increasing profits.

Unfortunately, this company debuted deceptively camouflaged as an old-fashioned enhanced oil recovery story. But - this is where it gets interesting - it actually uses cutting-edge biotech to revive fatigued sandstone oil reservoirs. What really makes the company worth watching is the company's promise to develop up to 8 billion barrels of stranded oil that it has already targeted, quickly morphing into an aspiring upstream independent. Say goodbye to fractious, messy fracking. Gone are the chemicals, propping sand, cement casings, and armadas of water trucks; remaining, the back-to-the-future simplicity of on-site water flooding, with a bio-tech twist.

We know where the oil is," Glori CEO Stuart Page said in a recent interview with FuelFix. "There's no fracking needed. We're bringing more oil into production and we're doing it in a way that has no negative impact on the environment." Investors should be listening now. Tell us more, Mr. Page. As for the NASDAQ haul, the company plans to buy old oil fields in the US, building on its first deal, a $40 million steal in Wood County, Texas, where executives estimate they can boost annual production from 640,000 barrels to 1.2 million over five years, jacking-up revenue there from $52.8 million to $102.4 million. Glori has assembled a team of oil industry pros keen to buy and manage oil properties, and already has a pipeline of potential acquisitions.

There are a lot of flat-lining oil fields waiting for resuscitation. Glori's waterflooding-based game plan is similar to CO2 oil-recovery specialist Denbury Resources, which produces 72,000 barrels of oil equivalent a day using CO2 from its own reserves, along with CO2 from a methane steam reformer at the Valero Port Arthur Refinery. Soon it will pipe CO2 from a CCS project coming online in Kemper, Mississippi. Its mature fields are strong growers. The CEO told Barron's, "Our four biggest [fields] are still in the growth phase and haven't reached full development yet."

Glori's AERO (Activated Environment for the Recovery of Oil) biotechnology system, developed over the last four years with Statoil, a pioneer in biotech enhanced oil recovery, can boost a field's estimated recovery by 9 percent to 12 percent, according to Glori. 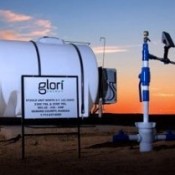 The AERO System improves water-flooded well production by pumping nutrients to a reservoir's native but dormant microbes. The revived microbes grow and knock loose stranded crude from conventional oil fields that other producers have abandoned after shifting to shale plays. Typically, these older fields retain about two-thirds of the crude that operators originally discovered but were unable to recover. Each AERO System is deployed as a unique solution for each reservoir. Glori's scientists begin by reviewing existing field data, such as permeability, porosity, decline curves, location, and injection history. Then Glori's scientists travel to the field and collect wellhead samples of water, oil and microbes. These samples are subjected to an array of tests in Glori's laboratory. Based on the analysis of the data, engineers customize a solution for stimulating that unique reservoir ecosystem.

Afterwards, the AERO's skid-mounted equipment is delivered and installed near the water injection plant. Glori uses either produced water or other on-site sources of water that are not suitable for human or agricultural use, insuring that it does not compete with thirsty local communities.

Because Glori uses non-potable water sources, in many cases, the water can't support thriving microbes, so Glori improves the water quality so that the injected water is cleaner than the water already in the formation. A typical project lasts six to twelve months, with improved production starting after three to five months. While monitoring the well, Glori has the flexibility to modify injection to increase production.

This new technology has had a long life in development. In 1992, the National Oil Company of India commissioned The Energy and Resources Institute (TERI) to develop microbial enhanced oil recovery to slow the decline of its mature fields. According to Glori, the scientists innovated on an older technology that had been toyed with for 50 years. Finally, between 2001 and 2004, three treated and recovering fields in India showed extraordinary results. Upon its founding in late 2005, Glori licensed the TERI IP and know-how. In 2006, ground was broken on Glori's state-of-the-art research laboratory and manufacturing facility in Houston, Texas. Soon the new system was showing up in US oil fields.

Are Glori and Denbury the final frontier of oil production?