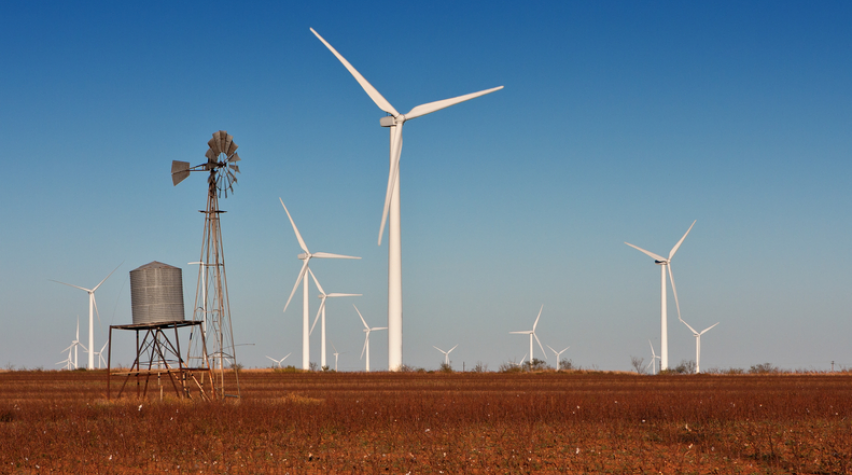 Texas has been enjoying a stealth energy boom. During the hot summer, when the power grid should be straining to avoid brownouts, customers in Dallas and Fort Worth simply flip on air conditioners to make life bearable, without thinking about the electricity that's humming along in the background, out of sight and out of mind, wind-generated and sent all the way from the plains of West Texas to their cities over 300 miles away.

On March 26, many customers finally took notice after strong winds set a new wind power record when output reached 10,296 megawatts. On that day, wind provided nearly 29 percent of the electricity moving through the Texas grid. At the time, 1,433 MW came from Gulf Coast wind farms, but the rest flowed from West Texas, where recently completed transmission lines increased the power transported across the state.

Wind power made up 9.2 percent of the total energy used in 2012 and jumped to 9.9 percent in 2013. With over 12 gigawatts already installed, Texas produces more wind power than any state in the US. Compared to other countries, only China, Germany, India and Spain beat Texas, which handily beats The United Kingdom, a runner-up well known for its huge offshore wind farms. To supply the needs a of growing population buying countless new electronic gadgets, and who are constantly charging cellphones and running energy-sucking laptops, there is already an additional 8,000 megawatts of new wind power either planned or under construction, with 26,700 additional megawatts on the drawing board. Eventually, these new transmission lines will transmit up to 18,500 megawatts of power and increase wind capacity by over 50%, three times as much as any other state in the nation. Texas has already easily beat its late 90's renewable portfolio standard, which called for 5,880 megawatts of clean energy to be installed by 2015, with a goal of 10,000 megawatts by 2025.

A mandate to increase renewable energy 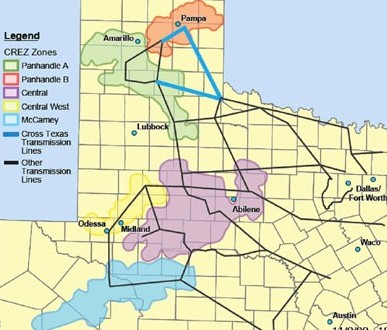 The project took over eight years of planning, upgrades and new construction along 3,600 miles of high-voltage transmission lines across central and West Texas. The CREZ project was a response to a public mandate to increase renewable energy in Texas. In 2008, grid operator ERCOT and the Public Utility Commission of Texas, created five prime renewable energy zones (CREZs), which are desolate areas with high wind speeds ideal for wind farms. But to get the wind energy from the CREZs to consumers, costly transmission lines had to be built, requiring an outlay of billions of tax dollars. This is when the commission made a bold move to solve the "chicken and egg" problem. Instead of waiting for developers to show up before starting the multi-year project, the state plunged ahead and built the lines so new projects could plug into an already existing system. Now wind developers flock to Texas, and those formerly empty West Texas plains are filling up with thousands of wind turbines.

A perfect example is the busy developer EDF Renewable Energy, the US. subsidiary of the French firm EDF Energies Nouvelles. In the Amarillo area, the company began sinking hundreds of millions of dollars into the Panhandle region as the CREZ lines neared completion. 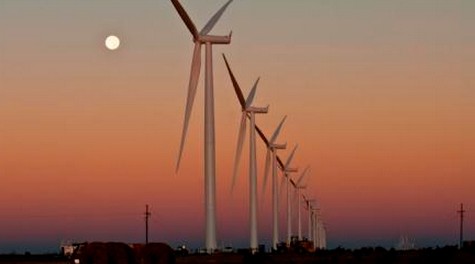 After Google invested $200 million in the project, EDF's 161 MW Spinning Spur Wind Project began generating power in December 2012, and once its final two wind farms are added, the complex will have a total capacity of 516 MW. Since last November, EDF acquired more Panhandle wind farms, the 200 MW Hereford 1 Wind Project and the Longhorn North Wind Project, as well as a 200 MW facility. They broke ground last December and will begin sending power to the grid by early 2015. Ultimately, the CREZ transmission lines will also bring electricity to the busy Permian Basin and Cline Shales that lack enough infrastructure. The high rates of oil and gas exploration have overloaded transmission lines and created congestion.

Is this our generation's Hoover Dam?