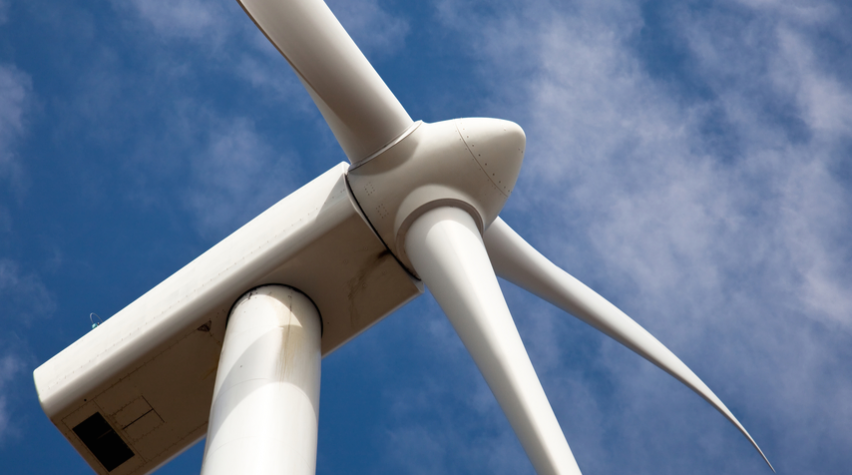 There's one take-it-to-the-bank truism in the wind business: as a turbine climbs higher the breeze blows stronger. Since 2008, American wind power has more than tripled the amount of electricity sent to the grid by building more and more wind farms, populated with taller and taller turbines, all climbing profitably skyward. But the huge and already heavy towers finally reached their structural limit, groaning under nacelles and blade assemblies weighing at least 50 and 30 tons each. At the same time, most of the windiest real estate had been taken. So GE and Vestas struggled with the intractable physics of the height-versus-weight conundrum. Conundrum ingeniously solved, in two very different ways. To harvest more wind from a wider range of sites, both GE and Vestas pushed higher by altering the shape of the turbine's traditional tubular tower, adding strength while trimming the amount of steel used.

Unveiling the more radical redesign - obvious even from a distance - GE launched a new 2.75-120 wind turbine that comes with a support called the Space Frame Tower. Gone is the round, aerodynamic simplicity. Instead, a wide, five-sided base with angled edges tapers as it rises from the ground. This gothic shape adds a rigidity and stability that enables the tower to reach higher while still reducing the added cost of materials. As novel as it appears on the outside, most of the real innovation is hidden beneath the surface. Stepping inside the base and looking up reveals a lattice fashioned with lighter weight, criss-cross supports. By replacing the thick steel walls, it resembles the farm and ranch wind mills that have been spinning out on prairie forever, a design abandoned as modern turbines evolved.

This is a very logistics-friendly design. As turbines have grown, the oversized flatbed trucks used to haul the huge components also reached a practical limit. Saddled with a larger turbine, GE wanted to avoid an even more laborious ordeal of negotiating tricky on- and off-ramps, narrow two lane roads, and the costly delays caused a larger army of chase vehicles and police escorts. GE handily eliminated many those costs by making the space frame fit into a standard 40-foot shipping container. GE also designed the larger space frame to be assembled on site using the same cranes used for the smaller tubular towers, and the same standardized labor skills across the construction industry. Manufacturing the space frame parts will be automated to optimize quality control. The lighter, fabric sheathing is highly durable and does not need to be replaced during the life of the turbine.

Vestas announced an entirely different design. To deal with the increased wind force exerted on the base of a taller tower - typically re-enforced with thicker steel - the new Large Diameter Steel Tower (LDST) has an expanded diameter at the bottom, strengthening the tower without using much more steel.

With the tower's increased diameter and height, Vestas solved their transportation problem by delivering the tower's enlarged bottom section in three lengthways segments, which, like GE, keeps costs in line by fitting it on a flatbed truck.

"Vestas' product development strategy is to continue to optimize our technology in order to lower the cost of energy for our customers," explained Chief Technology Officer Anders Vedel. "The LDST is the most cost efficient solution in the industry to meet the demand for increased tower height for the 3 MW turbines."

Are wind turbines a mature technology yet?

addable that is utilised as a stabiliser, anti-caking functionary and interestingness or moisture float in computerized foods. Of series, not all sources of the entity are created equally; a countertenor intake of inorganic phosphates from crybaby nuggets and prepackaged sweets is never wise, but a valid become from dairy can be standing of farm products for the maintenance of musculoskeletal welfare as we age poses a specific occupy for vegans and others who don&#039;t eat dairy.