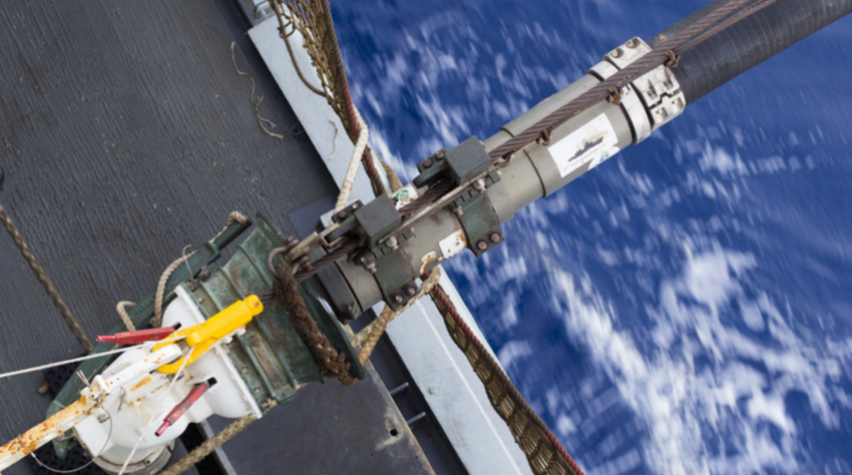 The Navy has declared that oil is an expensive security threat. Burning over 100,000 barrels of it a day keeps oil tankers constantly refueling three fleets made up of 289 ships and 3,700 aircraft. This has always been a huge logistical headache aggravated by dependence on hostile or unstable nations who will cut off or interfere with fuel deliveries during a crisis. So switching away form fossil fuels has become a priority for Secretary of the Navy Ray Mabus, who reasons that if we never let the countries we buy our energy from build our ships, why give them a say on whether those ships are built during costly price spikes. Every time a barrel oil goes up a dollar, it costs the Navy $31 million. As a first step, the US carrier strike group, called the Great Green Fleet, sailed off of Hawaii during the 2012 Rim of the Pacific international maritime war games. Powered by fossil-fuel alternatives, the fleet included the nuclear-powered carrier Nimitz, along with its 71 aircraft, and two guided-missile destroyers, a guided-missile cruiser, and an accompanying oiler. All used 50-50 biofuel-blends made from algae plus waste cooking oil. But the biofuel blend cost the Navy $15 a gallon. Even though the price had dropped by more than half since the Navy started buying biofuels in 2009, Republicans and some Democrats didn't buy the rebranding and tried to deep six the Green Fleet. They wanted to stop the Pentagon from buying alternative fuels that cost more than petroleum-based fuels (an argument that still hasn't ended amicably).

Fortunately, the Navy may have just leap-frogged over that divisive argument. It just announced that researchers at the Naval Research Laboratory near Washington have proven that it's possible to power engines instead with cheap, safe and abundant seawater. 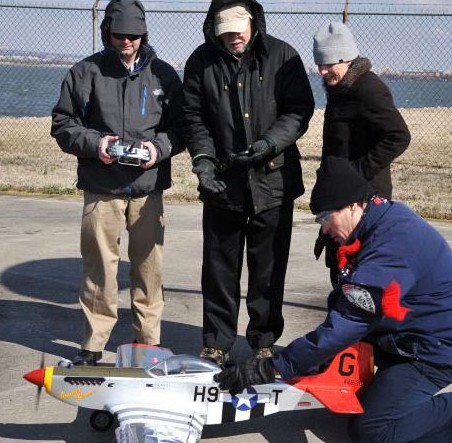 In a simple experiment, researchers successfully demonstrated the results on April 2 when they flew a model airplane powered by a two-stroke internal combustion engine using the fuel from seawater (see a short video on the fuel). "This is the first time technology of this nature has been demonstrated with the potential for transition, from the laboratory, to full-scale commercial implementation," said Navy research chemist Heather Willauer in a news release. The breakthrough came after scientists developed a way to extract carbon dioxide and hydrogen gas from seawater, and then turned them into a fuel by a gas to liquids process with the help of a catalytic converter.

The NRL process begins by extracting carbon dioxide and hydrogen from seawater, according to Gizmag, using an electrochemical acidification cell. As seawater passes through, it's subjected to a small electric current. This causes the seawater to exchange hydrogen ions produced at the anode with sodium ions, acidifying the seawater. Meanwhile, at the cathode, the water is reduced to hydrogen gas and sodium hydroxide is formed. The end product is hydrogen and carbon dioxide gas. The sodium hydroxide is added to the leftover seawater to neutralize its acidity. In the next step, the hydrogen and carbon dioxide are passed into a heated reaction chamber with an iron catalyst. The gases combine and form long-chained unsaturated hydrocarbons with methane as a by-product. The unsaturated hydrocarbons are then made to form longer hydrocarbon molecules containing six to nine carbon atoms. Using a nickel-supported catalyst, these are then converted into jet fuel. "We've demonstrated the feasibility, we want to improve the process efficiency," explained Willauer. 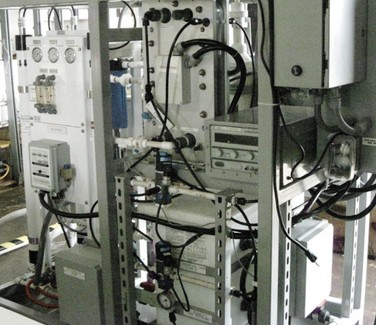 The NRL's lab-scale fixed-bed catalytic reactor is the first step towards moving to commercial modular reactor units that can be scaled-up by increasing the length and number of reactors. The Navy predicts that by using this technology the fuels cost in the range of $3-$6 per gallon, and with more development this approach could be commercially viable within seven to ten years. Production testing would begin at land-based, often remote, facilities, and then move to ship-based systems in the future. One long term advantage, if Navy ships can create their own fuel, they can remain operational 100 percent of the time, rather than interrupted by time consuming fuel-ups with tankers at sea, which can also be treacherous in rough weather.

Is this technology's success dependent on rising oil prices?