Changing the Future of Coal? | AIChE
Skip to main content

Changing the Future of Coal? 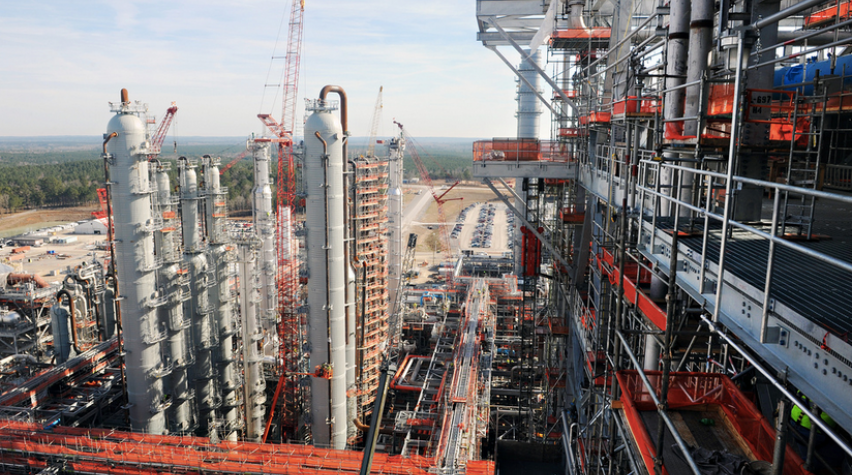 A massive, new coal-fired power plant is rising up out of the green, rolling hills of rural Mississippi. At such a pivotal moment during the world's energy transition, that image could provoke a sad sense of business as usual. But this time a gleaming high tech facility much larger than a typical base-load coal plant heaves up above the tree line. As a matter of fact, the EPA says that once the Kemper County Energy Facility powers up its gasifier and begins storing CO2, it will serve as a ultimate technological balancing act, deeply cutting carbon emissions while burning brown coal, one of the world's dirtiest fuels. So, packaged as a snappy advertising slogan: this isn't your dad's 20th century, flue-gas-belching power plant.

Since coal-fired power plants are the single largest source of carbon dioxide in the United States, the EPA's recently announced standards for new plants would limit CO2 output to 1,100 pounds per megawatt hour, almost to the level of gas power plants and way down from the current average of 1,800 pounds - and suddenly requiring new technology like Kemper's. So while most coal producers see the new standards as meddlesome and financially ruinous, the Obama Administration sees them cattle-prodding development of better and cheaper carbon capture and storage (CCS). (So you're right to assume that neither the coal industry nor the coal-averse environmentalists are happy about Obama's all-of-the-above prix-fixe menu strategy.) Never the less, the Kemper plant received a $270 million grant from the DOE and $133 million in investment tax credits approved by the IRS. Unfortunately, the plant's originally projected cost of $2.4 billion has ballooned to $5 billion, 65 percent over budget and still rising like furiously vented steam from a traditional cooling tower. So what are we getting for our tax dollars? Most existing coal gasifiers have been designed to convert bituminous coal and can't efficiently process cheaper, lower quality lignite coal. The Kemper plant's proprietary technology is very different. Developed with help from the US Department of Energy (DOE) at the Power Systems Development Facility in Alabama, it can convert brown coal into a high quality synthesis gas, while removing 65 percent of the CO2. A Kemper produced video explains:

Employees are some of the plant's biggest boosters. "The carbon footprint is essentially the same or maybe even less than a natural gas plant that doesn't have carbon capture," Randall Rush, an engineer who spent 25 years bringing the plant to life, proudly told a reporter for The Guardian. Even before the unwelcome jolt of new climate change regulations, the US coal industry was being sucker-punched by cheap natural gas. About 150 coal-powered plants have shut down since 2010, and the pace will escalate over the next 10 years. But because of the high capital costs, there are only three other carbon capture projects under development in the US.

Still, Southern has no interest in acting as the mascot for the EPA's new regulations. The company argues the Kemper plant was unique because the it stands next to a huge lignite coal mine, eliminating all transportation costs. The 582 MW facility will burn around 4 million tons of lignite coal a year from the hills directly behind the plant. Two other site-specific advantages: Kemper can use inexpensive treated wastewater in its power generation process. According to Bloomberg, it will also make money by piping carbon dioxide to two companies that will inject it underground for enhanced oil recovery. This will bring the plant's carbon emissions to about 850 pounds-per-megawatt hour. That's a significant technological milestone, lending it Obama's "bridge fuel" status.

Even though the future success of CCS remains unclear, the Southern Company, along with Houston-based construction company KBR which built the plant, has moved to license the technology worldwide to countries such as China and Poland, which have similar reserves of lignite. Since the turn of the 21st century, coal has been the fastest growing source of energy year after year. Adding CCS to existing power plants may be the best hope to curb global warming, assisting countries like China, whose decades-long expansion of coal-based electricity remains nearly unabated. There are also more than 1,000 new coal-fired power plants in the planning or building stages around the world. "Coal must change rapidly and dramatically for everyone's sake," Scientific American reported that Christiana Figueres, of the UN Framework Convention on Climate Change, told a gathering of coal executives in Warsaw this past November, adding, "If we continue to meet energy needs as we have in the past, we will overshoot the internationally agreed goal to limit warming to less than 2 degrees Celsius."

Can this technology have an effect on CO2 remediation?

Where will the CO2 be stored?

Your standard IGCC plant doesn&#039;t capture CO2 by any means within it&#039;s battery limits. Capture and Sequestration is it&#039;s own technology beyond gasification. Could you clarify? You would have to produce CO2 in IGCCs. The unreacted CO in the syngas gets combusted to CO2 once you reach the turbine for energy generation. The environmental advantage, at least from my perspective, is that your syngas is very clean (no NOx, SOx, H2S, or metals at this point in the process) compared to burning coal, which will produce a dirty flue gas. Is there a multistage separation for CO2 throughout the process, or does this happen at the very end of the combustion cycle?