Will Solar-Powered Desalination Save California's Agriculture? 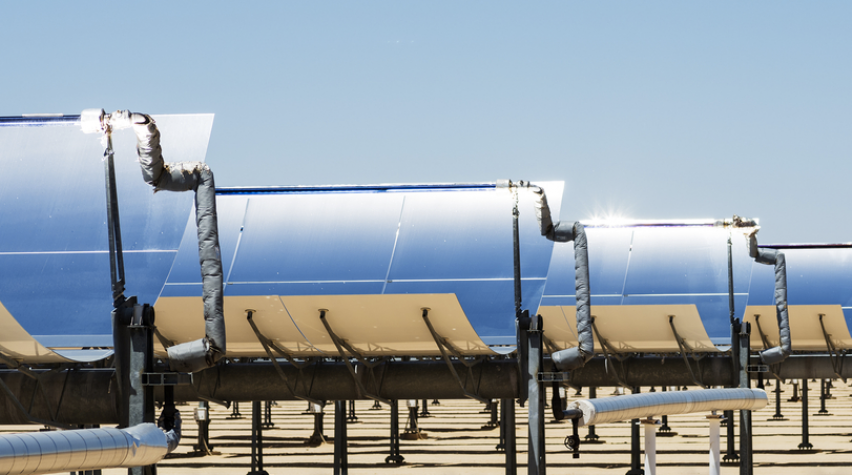 Finding enough clean water is a growing problem around the world. Sunny, arid California is no different. In the state's drought-prone San Joaquin Valley, which produces about 8% of the country's produce, thousands of acres of once-fertile farmland lay fallow. Too much salinity has made the irrigation water unusable, with some collected samples saltier than seawater. A study by the University of California estimates that the region could be facing remediation costs of up to $1.5bn by 2030 and the loss of up to 64,000 jobs as agricultural production slides. The problem is caused partly by irrigation, which picks up salts naturally found in the region's soils, and it's exacerbated by tidally effected water pumped in from the Sacramento-San Joaquin Delta. So why hasn't desalination been used? Cost. The energy required is too expensive. For example, in 1992, according to Rewire energy blog, after a drought threatened coastal Santa Barbara's water supply, the city built a desalination plant capable of purifying 2.8 million gallons of water a day. But as soon as the drought ended, the plant was declared too expensive to run and quickly mothballed. That's because most traditional desalination relies on costly reverse osmosis, which was developed decades ago and uses high pressure to drive the freshwater through a membrane, leaving salty brine behind. With up to 1,000 psi required to overcome the natural osmotic pressure of salt water, the practical limit is only a 50% water recovery. To purify more than 50% requires more pressure from expensive electricity.

But there is one bright spot. California-based WaterFX, a small startup, has brought a CSP-desalination facility online in Central California's Panoche Water District. After six months in operation, the 6,500 square-foot, solar-powered facility has produced up to 500 gallons of clean water per hour. Following on the pilot's success, the Water District has now agreed to expand the system to produce 2,200 acre-feet per year. 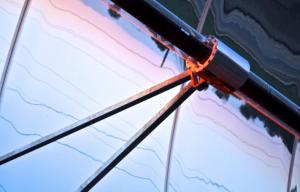 "We wanted it to be highly modular and highly scalable so the same system is usable for very small applications all the way up to very large scale," Aaron Mandell, founder and chairman of WaterFX, told the Guardian. Unlike conventional reverse osmosis, WaterFx's parabolic solar troughs concentrate the sun's energy on a pipe containing heat transfer fluid that is used in a distillation process to evaporate clean water from the salty drainage water. And since the sun doesn't always shine, a thermal storage system is also used to hold the excess heat so that the process can run around the clock. Mandell explains in a company video: http://vimeo.com/73149209

For Aaron Mandell, the project began as an experiment to see if he could break the link between fuel consumption and water production. The results have been impressive:

We are not just recovering 50% of water, but we get over 95% useable water, which goes back to farming. What remains are salts, chemicals, fertilizers.

Mandell also feels that his solar-based technology can succeed on cost. While fuel in traditional reverse osmosis represents 60-70% of the costs, he says that WaterFx at scale can be at least 20-30% cheaper. Total operating costs are approximately $450 acre-foot, and he expects that to decline as the facility scales up. For Mandel:

...the logical cost comparison is the Carlsbad desalination plant in San Diego (which will use reverse osmosis when it opens) where the total operating cost is about $900 per acre foot and can rise based on electricity prices.

Looking into the future, Mandell believes that WaterFX has a cost-effective, environmentally superior approach. Since it only takes about 6 months to build the modular plant:

...the idea is for everything to be easily installable and fully automated. You don't need skilled operators. We hope to show that this solution can benefit everybody. The idea here is to begin to reuse water, and put the state on a path to water independence. And its good for the economy - we can create an entirely new industry.

Is this also a remedy for high energy costs?

My brother works in the Agriculture industry. He told me that Solar Energy could help them a lot in the future and would also save alot of money. Hopefully they can make use of these new developments soon.