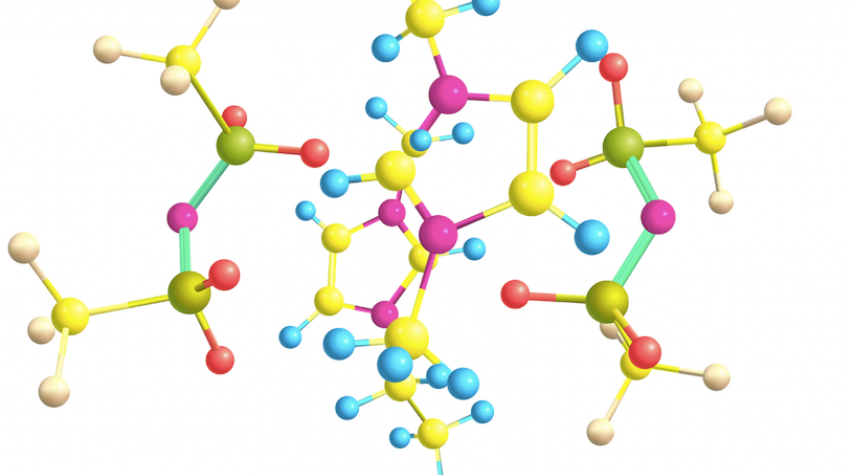 The ability to capture or sequester carbon dioxide (CO2) from mixed gas streams is under intense study by many researchers using many methods. Reducing the emission of this greenhouse gas, especially from combustion and power generation sources, is critical to environmental improvement. In a session at the 2013 AIChE Annual Meeting, the use of ionic liquids that change phase in the presence of CO2 for this purpose was discussed and a novel CO2 capture process was proposed.

Aqueous amines such as monoethanolamine are currently in use in combustion gas treatment systems as CO2 sequestration agents. They have several attributes that negatively affect their cost of use, including:

Phase Change Ionic Liquids (PCILs) have the ability to absorb 1:1 mole ration of CO2 with none of the aqueous amines' problems. 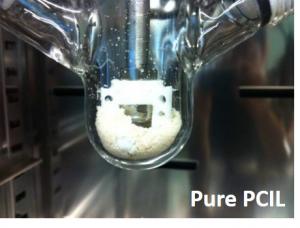 Ionic liquids (IL) are organic compounds of low vapor pressure and high stability with variable melting temperatures that depend upon the nature of the ion pair. Ionic pairs can be quite varied, and consideration was given to various cations, such as phosphonium, ammonium and imidazolium ion varieties. In this work the combination that was studied was a organo-phosphonium ion (tetraethylphosphonium+) and an imadazolide ion (benzimidazolide-) that was a solid at room temperature. What was discovered was that when ILs of this composition were melted and then exposed to CO2, cooled they did not resolidify at the same temperature when cooling, but at one much much lower. Their melting point dropped from 166C to <60C. Subsequently, when the CO2 was removed, they resolidified (giving off a heat of fusion). This discovery sparked the idea of a novel process to exploit the phenomena. 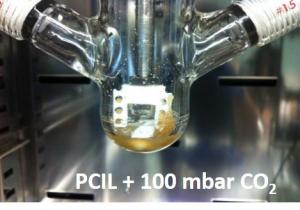 Combustion gasses high in CO2 content are introduced into an absorber column with the solid form PCIL. The CO2 is absorbed by the PCIL and the resultant "scrubbed" flue gas is discharged (or sent for other contaminant removal processes). The now-liquid PCIL is first sent through a heat recovery exchanger, then to a spray tower. In the tower the PCIL gives up its CO2 and solidifies to be sent back (via the exchanger) to the absorber column. The viscosity of the absorbed PPCIL is < 100 cp, which is a process advantage. However, the PCIL is hydrophilic, and the presence of water interferes with the crystallization of the PCIL, which may require a flue gas drying step prior to the absorption column.

This technology was named one of "7 Radical Energy Solutions" by Scientific American. Currently, additional lab feasibility demostrations are being performed by the Mid-Atlantic Technology Research and Innovation Center (MATRIC). 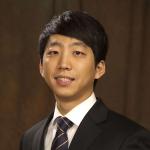