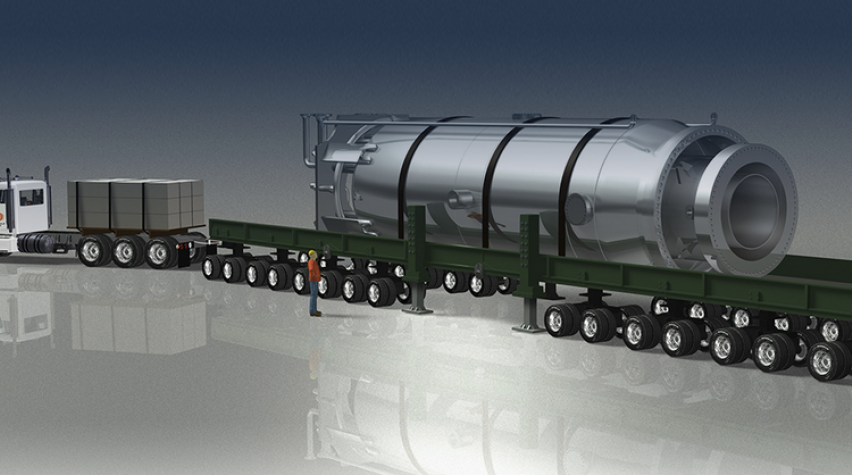 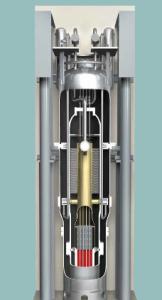 NuScale Power, a Corvallis, Oregon-based startup, just received $226 million in matching funds from The US Department of Energy to continue developing its small module nuclear reactor. Nuscale was singled out because we're living in the aftermath of the earthquake and tsunami that destroyed the Fukushima Daiichi nuclear plant in Japan.

Since that 2011 disaster, the Nuclear Regulatory Commission has focused on requiring nuclear reactors to safely cool the core during a sudden loss of power, while also making sure operators can maintain plant safety long afterwards.

The goal was simplicity

Nuscale's patented safety features were the idea of Jose N. Reyes, the company's chief technology officer, who wanted to make a reactor small enough so that even after a complete loss of power to its tiny core would cool down on its own, using only gravity and natural circulation.

"The goal was simplicity," said Mr. Reyes. "It became apparent after Fukushima that our design had fundamental differences" with large nuclear reactors, he told Power Magazine.

First, Reyes placed the reactor below ground inside a 10-million-gallon tank of water, he told the New York Times, which will lower the chance of meltdown to a thousandth of the risk of conventional reactors. Should the worst happen - whether triggered by an earthquake or a terrorist attack - and a reactor boils over, any steam released would 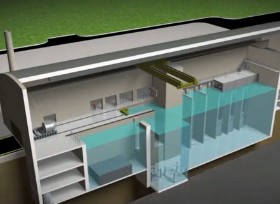 drift to the cold outer containment wall bordering the pool and condense into water to cool the core.

The reactor itself - still only a computer design - will sit inside a containment vessel that measures 82 feet in height and 15 feet in diameter -- a mini-me version of reactors some 200 feet in height and 120 feet in diameter now under construction at two new American nuclear plants. In an important design twist, although the small reactor delivers only one-twentieth the power of conventional reactors, more reactor modules can be added as power is needed. Watch a CGI video showing the operation of the reactor inside the containment vessel.

One small module can produce about 45 megawatts, compared with 1,000 megawatts from a conventional plant. With mass production a goal, modules would be built in a factory, and designed to be small enough to be shipped on special trucks, railroad cars, or barges. Once on site, they could be installed in groups of up to 12. A 540-megawatt installation would cost about $2 billion, compared with $10 billion for a conventional 1,000-megawatt plant.

A speedy three-year construction time also increases the savings and profitability. The company hopes to have this design certified by 2019 and the first commercially operational project working by 2023.

But economics could keep SMR's out of the future US energy mix. While the company estimates that it can install a 12-pack of its 45-MW NuScale Power Modules (540 MW total plant output) for less than $5,000/kW, the US Energy Information Administration estimates that a new scrubbed coal facility would be $2,694/kW, and a gas-fired combined cycle plant would run $931/kW. Even adding carbon sequestration to the 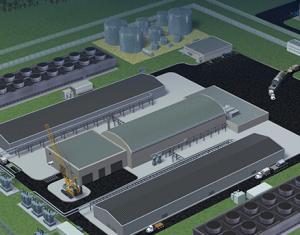 coal plant still beats out the Nuscale SMR. Memories of 9-11 also add to NuScale's high cost. The building is a reinforced concrete structure designed to withstand the effects of aircraft impact and natural phenomena like earthquakes.

The cheap price of natural gas is another major hurdle. This year five nuclear reactors are either closing or not reopening, and many owners blame competition from natural gas. "Gas is raining on everyone's parade, ruining it for everybody in most electricity markets," Michael Webber, an expert at the University of Texas at Austin, told the New York Times.

Wind is also a fierce competitor with nuclear power. David C. Brown, a representative for Exelon, the Chicago company with the nation's largest network of nuclear reactors, said that the main subsidy for wind, the production tax credit, which pays operators about 2.3 cents per kilowatt-hour for the first 10 years of production, "has been very effective at getting generation built."

He said, Exelon is "seeing this tipping point developing" when several of its zero-carbon reactors may have to be retired because wind power is suppressing those prices around the clock.

It is not clear how this struggle will play out over the next few years. At the moment, according to Mr. Webber, natural gas is so cheap that it is stunting construction of even new plants that would burn natural gas.

Will new nuclear power see wide spread acceptance in the US?