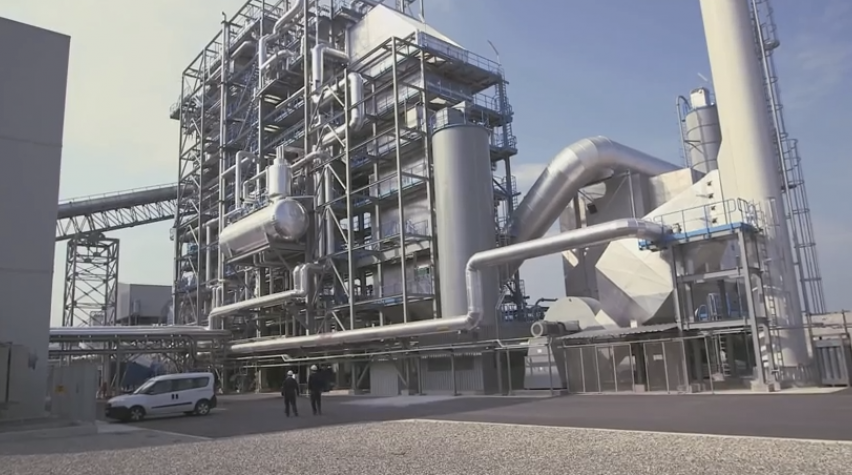 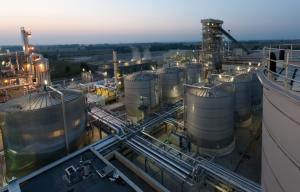 In bucolic northern Italy in the rolling fields outside the city of Crescentino, Beta Renewables and Novozymes marked the opening of the world's largest cellulosic biofuels facility, which is capable of producing 75 million liters of cellulosic ethanol a year. It is also the first plant in the world built at commercial scale using enzymatic conversion. Since the two companies formed their strategic partnership last year, making Novozymes the only enzyme supplier for Beta Renewables, more than $200 million has been invested in R&D to perfect the production process at the facility. Watch as the CEO explain their new era in biofuels: While there has been opposition to first generation biofuels in Europe and North America, the new plant uses wheat straw, rice straw, and arundo donax, an energy crop grown on marginal land, and all converted into bio-ethanol in a sustainable manner. Lignin, extracted during the process, is later used to generate power for the facility, with any excess power sold to the local grid. Crescentino's "PROESA technology produces advanced second-generation biofuel at a cost-competitive 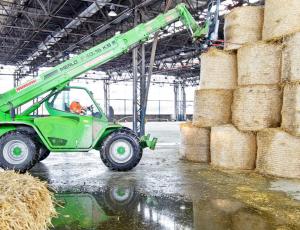 price compared to conventional biofuels - at large-scale, bankable and replicable," says Guido Ghisolfi, the company's CEO and a trained chemical engineer. He stressed that when he invested $250 million in the plant, it wasn't done with any expectation of subsidies. "The fuel is competitive. People will buy it because it is cheaper." He added, "Ethanol and biofuels are here to stay." This is made easier because the PROESA process is feedstock agnostic. Ghisolfi says, "You can run a week with rice straw, a week with corn stover, a week with wheat straw, without changing hardware and without changing enzymes. This gives a lot of flexibility because you can get different types of biomass from the area around the plant depending on the season and the cost."

The actual process involves four stages. The first is the pre-treatment of biomass to break it into pulp at a microscopic level, separating it into lignin, cellulose and hemicellulose. The second stage, known as saccharification, involves enzymatic hydrolysis of the C5 and C6 sugars. The third stage is the fermentation process to produce ethanol from the sugars. The final stage is the separation of ethanol via distillation. Watch a short montage of the plant's construction:

While the Cresentino plant underwent commissioning last summer. Ghisolfi explained that interntional interest was high. "I was surprised," he said. "I expected perhaps 10 groups a month would be interested in seeing the facility, but it was 10 a week. And it wasn't just journalists and consultants, but heads 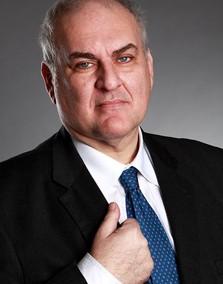 of industrial companies from five continents."

"One by one we are peeling down the risk level," Ghisolfi told Ethanol Producer Magazine. Now that there is steel in the ground and a plant and a process that can be seen, interested companies and their financiers are willing to deal. He expects the company will exceed its goal of selling 10 plants this year and 20 more next year.

In addition to the Crescentino plant, Beta Renewables has licensed its technology to Brazil's GraalBio, which expects the first of five planned plants to be complete soon. The plant will have a production capacity of 65,000 tons of bio-ethanol per year, and will make use of by-products from local sugar cane processing. In North Carolina, the company is currently building a bio-refinery with a capacity of 60,000 tons of bio-ethanol a year. The bio-refinery, scheduled to go into production in 2015, is part of the Alpha Project, which received a low-interest 99 million dollar loan from the US Department of Agriculture . The plant will use the same PROESA technology currently debuting in Crescentino.

Is the momentum building for cellulosic biofuels?