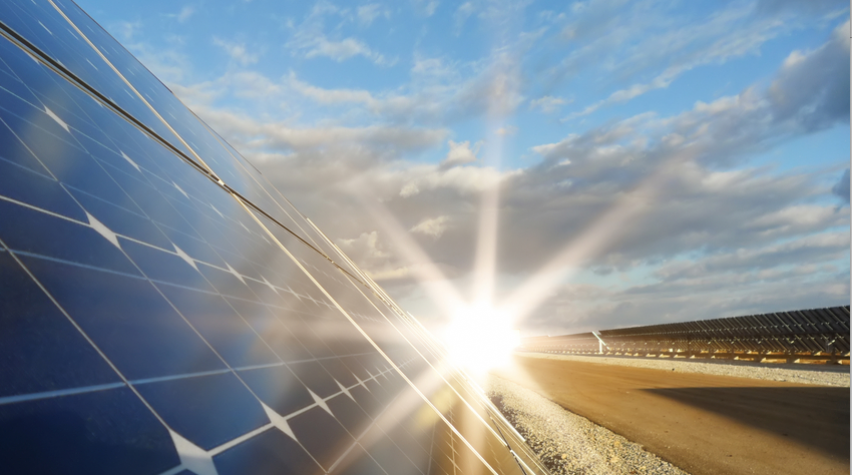 Since the Ivanpah Solar Plant fed power into the California grid for the first time, concentrated solar thermal has been regaining the momentum lost to solar PV over that last three years. And now, upping the techno mojo with molten salt thermal storage, the 280MW Solana Generating Station - equipped with the world's largest parabolic trough array - is sending energy to customers in Phoenix, Arizona, long after sundown.

Solana is the second of three mega CSP projects coming on line as the technology begins to recover ground lost to PV after a global solar module glut created massive cost reductions, which, in turn, made CSP technology look far too pricey. During those dark days, several CSP projects were converted mid-project to less expensive PV. But Solana Station, constructed with six hours of molten storage capacity that allows it to produce energy far into the evening, shows off CSP's advantage over near ubiquitous solar modules. "Solana is a monumental step forward in solar energy production," Don Brandt, the president of APS, the local utility, told REneweconomy. "This provides a huge boost toward our goal to make Arizona the solar capital of America." Watch a promo film about Solana, with stats galore. Using a completely different technology than Ivanpah's heliostats, Solana's 2,700 parabolic troughs follow the sun and focus on an overhead pipe containing a heat transfer fluid, which then creates steam to turn two 140MW turbines. This fluid, a synthetic oil, can reach a temperature of 735F as it helps to drive the turbines like a traditional power plant. The heat transfer fluid is also used to heat molten salt in tanks adjacent to the steam boilers, and APS says that 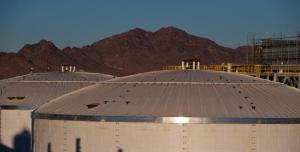 what separates Solana from traditional PV is the ability to store the heat for up to six hours into the night. This thermal energy storage system includes six pairs of hot and cold tanks with a capacity of 125,000 metric tons of salt, where the molten salt is kept at a minimum temperature of 530F. So when the sun goes down, the heat transfer fluid can be heated by running it through the the molten salt to create steam. The Arizona utility says this means that Solana can deliver power when its customers need it most, especially during summer evenings when air conditioners are flipped on after work. 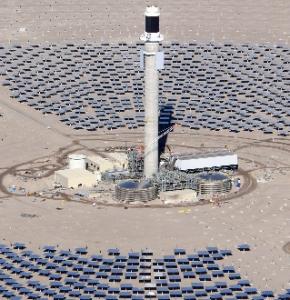 From a distance, Crescent Dunes - which will come online soon - may look similar to Ivanpah, since both are surrounded by thousands of the computer-driven heliostats focusing solar energy up to a central tower, but Crescent Dunes is also a major advance in grid management in its own right. Again, the difference is molten salt, which like Ivanpah's water, flows through receiver panels at the top of the tower, but retains the sun's energy (from 500F to more than 1,000F), and can then be stored in nearby tanks. So on an as-needed basis, the heat from the hot salt is later used to boil water, powering a steam-driven turbine. Since this stored salt provides up to 10 hours of heat storage to supply power "on-demand," it is almost as dependable as a traditional thermal power plant, and much more useful for grid operators than Ivanpah. BrightSource, the Ivanpah developer, now says that future projects will use molten salt energy storage, explaining that the company hadn't done so before because project financiers could only tolerate so much new risk in each project. 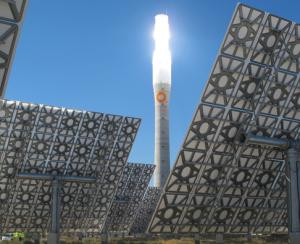 Near Seville, Spain, molten salt is changing the whole concept of baseload power. The ground-breaking Gemasolar Concentrated Solar Power (CSP) plant, using molten salt storage, has been producing power around the clock for a 36 straight days. Owned by Torresol Energy, it was the first large scale solar power plant to use molten salt. Torresol said in a statement that the plant had exceeded the expected results, and producing energy 24/7 for 36 consecutive days from solar energy "is something that no other plant has performed so far."

Will molten salt have a big impact on the grid?