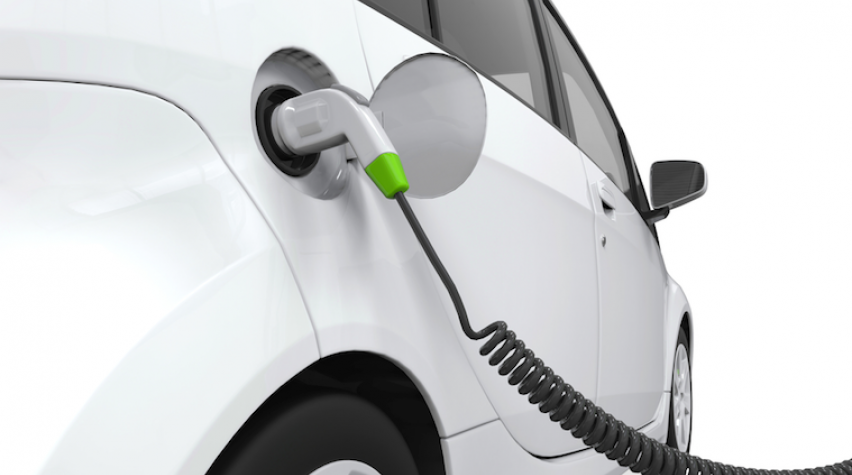 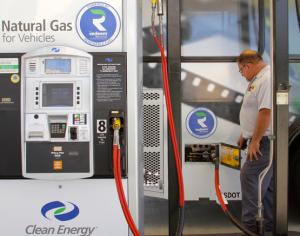 In an ambitious plan to power vehicles with landfill gas, Clean Energy Fuels, North America's largest provider of natural gas for transportation, announced last week that it has started selling a fuel made of methane from landfills and other waste sources at its 40 filling stations in California.

The company, which is backed by T. Boone Pickens, is in the midst of developing a nationwide network of natural gas fueling stations and plans to introduce the fuel in the 49 other states as well.

Working with a gas that has 21 times the global warming potential of carbon dioxide - and which seeps out of landfills if it's not flared off or used to produce electricity - Clean Fuels Energy captures and extracts the methane, then processes and purifies it. (Untreated landfill gas is made up of 60 percent methane and 40 percent carbon dioxide; treated, it consists of about 95% methane, 4% nitrogen, and 1% carbon dioxide. And all volatile organic compounds have been removed.)

Afterwards, it is sent to the interstate natural gas pipeline, where it is made available to customers. The company expects to sell 15 million gallons of its fuel in California this year, more than double the amount of similar fuels the Environmental Protection Agency projected would be produced nationwide. This quick adoption has been made by large corporate customers that include AT&T, Verizon, Mattel and Williams-Sonoma, as well as large fleet operators like Hertz. 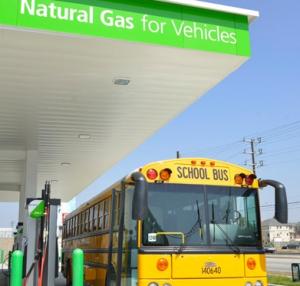 By using biomethane produced from waste, Clean Energy displaces natural gas or petroleum-based fuels extracted from the ground for energy use. "When we take that methane and we then process it and use it to displace fossil fuels, there's no incremental carbon addition to the existing carbon cycle," Harrison Clay, president of Clean Energy's renewable fuels division, said in an interview with FuelFix.

Building its own facilities

According to California Air Resource Board, this fuel can enable up to a 90% reduction in carbon emissions when displacing diesel or gasoline. A fleet that consumes 1 million gallons of gasoline per year can reduce their greenhouse gas emissions by approximately 9,700 metric tons by switching, which is the equivalent of taking 1,940 passenger cars off the road per year. On one day this summer, the company sold as much as 100,000 gallons of the biogas, which it calls Redeem, Clay said.

A big factor in methane's rise is the national surge in natural gas production, which had already pushed fleet and long-haul transportation industries to shift to vehicles that run on the cleaner fuel. Another reason is government incentives, especially in California, that have been imposed to help reduce carbon emissions to 1990 levels by 2020.

"California's commitment to reduce greenhouse gas emissions makes it the ideal state to launch Clean Energy's fuel," said Clay. "It has the lowest carbon footprint commercially available and is the only affordable renewable fuel for heavy duty trucks. We believe this creates an incentive for companies to make a major reduction in the greenhouse gas 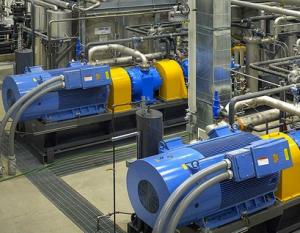 emissions while still saving on their fuel bill."

Clean Energy is staking a leadership position in the renewable fuels market through its significant investment in a natural gas fueling infrastructure. In addition to acquiring some of the fuel from companies that produce it at landfills, Clean Energy also has built its own sites to produce the biomethane, including one in Michigan, another in Texas, and constructing a third site in Tennessee.

Clean Energy's facility at the McCommas Bluff landfill in Dallas, the third largest landfill gas operation in the United States, will continue to produce pipeline-quality biomethane gas for 30 years after the landfill closes in 2040. Initially, the facility's daily output was 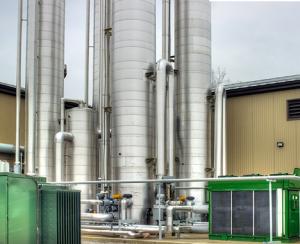 The company will still use large quantities of natural gas produced by oil and gas companies nationwide. "We will continue to take advantage of the abundant and inexpensive supplies of the conventional natural gas that we have," Clay said. "So this isn't moving away from that by any means, this is just about adding to it."

Could later price volatility negate the savings from this new fuel?