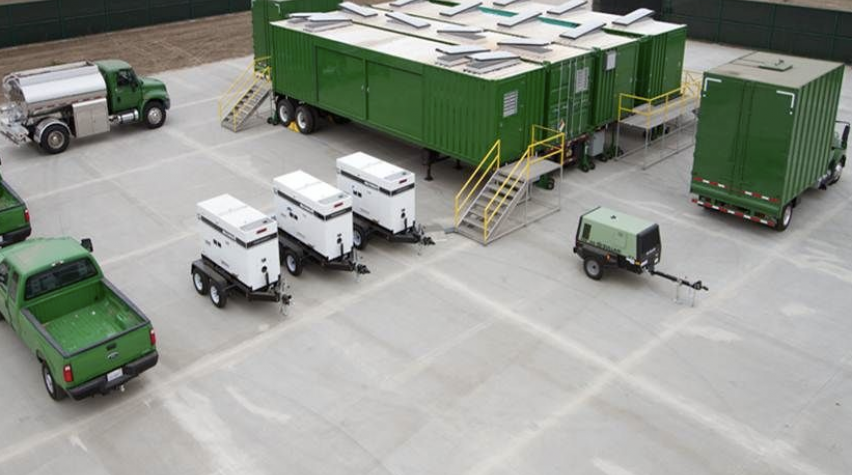 Here's an alt-fuel news story that just broke: Last week The Denver Post reported that startup Cool Planet Energy Systems will relocate from California to fire-ravaged Colorado and build its first commercial-scale bio-refinery, one that could convert the state's beetle-infested, scorched, dead trees into gasoline. One that would also be the first in a global fleet of prefabricated micro-refineries. So it's no coincidence that Cool Planet has already announced glomming onto $30 million needed toward buildng the $100 million commercial facility. To capture this much visibility and momentum, startups need a compelling story to entice investors, and Cool Planet has one of the boldest: trumpeting from its website that it could produce virtually limitless amounts of cheap gasoline, create arable land for food production, and solve the climate crisis. Those breathless, hyperventilated claims are based on a biofuel that results in a net CO2 reduction because it yields both a fuel and biochar, a powerful soil amendment that sequesters carbon while acting as a fertilizer. To test those claims, Google, General Electric, BP and ConocoPhillips all trooped out to Cool Planet's Camarillo, CA, demonstration site, spent months testing Cool Planet's claims by doing skeptical due diligence - kicking the technology's tires over and over - and then invested millions in the company.

As a matter of fact, Wesley Chan, an enthusiastic backer from Google Ventures, attended the Denver press conference and told reporters, "Cool Planet is on the cutting edge of advancements in alternative fuels, and this expansion into Colorado brings them one step closer to making their clean fuel available to anyone who drives a car." He was speaking factually, adding that Google employees had already road-tested the biofuel at the company's 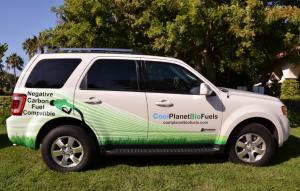 Mountain View, CA, campus. Last fall, Google pitted a Cool Planet biofuel/gasoline blend against conventional gasoline using vehicles from its GRide shuttle fleet. During the trial, the Cool Planet vehicle met California's stringent 2020 Low Carbon Fuel Standard. The fuel blend of 5% Cool Planet, 95% conventional gasoline also achieved the same mileage as the control car under the campus's stop-and-go conditions. While Google was testing Cool Planets' biofuel, the startup emerged from stealth mode and released a stunning press release, telling the world what its deep-pocketed backers already knew. The company had achieved 4,000 gallons per acre yields for production of drop-in gasoline using giant miscanthus as the feedstock. The press release stressed that since gasoline has about one and a half times the energy of ethanol, this is about twelve times more yield than current corn ethanol. "Those test results were based on optimal crop conditions. Under more routine growing conditions, about 3,000 gallons/acre should be achievable throughout the Midwest," tempered Mike Cheiky, Cool Planet's founder and CEO.

Moving refineries closer to the biomass

According to Biofuels Digest: the company says that its 40 million gallon industrial-scale plants should produce renewable gasoline at $1.00-$1.15 per gallon, the lower costs insured by "taking the modular plants to the biomass instead of bringing the biomass to the plants." Cheiky explains the company's overall mission in this video:

Cool Planet's low-cost biorefining process requires a relatively low energy input at every stage, starting with Miscanthus, a hardy perennial that doesn't need annual planting. The prep air-dries the crops while they're still in the field, requiring no further treatment other than grinding. And the refining, Cool Planet describes the low pyrolysis temperatures as similar to a "kitchen stovetop," and the pressures about the same as a portable tire pump.

Biochar acts as a nanosponge

And Cool Planet's pyrolysis technology? Instead of running the biomass over only one catalyst in a fluidized bed reactor, and then trying to do something with the resulting oil, Cool Planet's process is based on a series of reactions. The proprietary biomass fractionater heats biomass into a gas, passes it over a catalyst, cools it, and pulls off molecules; then repeats the process several times, with different temperatures, catalysts and pressures at each reactor station, until all the gases have 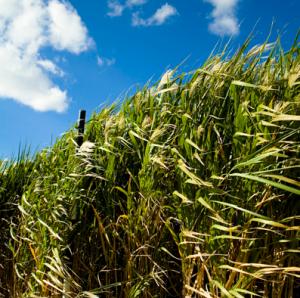 been converted into gasoline molecules. This process leaves a residual bio-char, which can be used as a soil enhancement material to boost biomass yields. Biochar is the key to Cool Planet's energy solution. When sequestered in the ground, it removes CO2 from the atmosphere and has a positive impact on agriculture. Results from Cool Planet's biochar research lab and other studies show biochar can supercharge crop yields while using 30% less water. Biochar acts as a nanosponge, retaining water, while nutrients replenish and build the soil. This can transform non-arable land into lush farmland. Which brings us back to those blistering Colorado fires and last week's press conference. Governor John Hickenlooper said that the beetle-felled trees littering the state are contributing to wildfires that burn so hot they prevent forests from regenerating. Cool Planet is working with local university and federal researchers on ways to use those trees as a biomass feedstock, eventually applying the char to strengthen the forest soil, prevent erosion, and coax back stands of healthy trees.