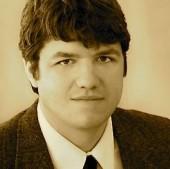 Paul Dauenhauer, a UMass Amherst chemical engineer, is one of only 14 scientists worldwide to be recognized by the DuPont Young Professors Program this year, announced Dupont. He will receive $75,000 in unrestricted funding for three years to help him make progress in economically turning biomass into plastics and chemicals.

Since 1968, DuPont has provided $50 million in grants to almost 700 professors in 130 institutions located in 14 countries, which enables the company to build future partnerships with emerging academic leaders. The class of 2013's research mirrors key DuPont pursuits, including phytochemicals, plant breeding, protein engineering, human microbiome, and Dauenhauer's specialty, developing an economical green process for the production of aromatic chemicals - key building blocks in the production of numerous polymers, including polystyrene, polyurethane, nylon, and PET - from various forms of sugar common in sustainable biomass.

"We propose that aromatic chemicals should be the primary target for conversion of biomass," noted Dauenhauer. "Important aromatic chemicals such as toluene or p-xylene are comprised of a six-carbon ring, making them a good match for the biomass-derived sugar, which has six carbon atoms."

Using zeolite catalysts during pyrolysis to convert wood, grasses and agricultural byproducts, Dauenhauer's lab had already produced an efficient yield of 75 percent for p-xylene in research published in 2012. "We've had several promising discoveries," he'd said before receiving the award. "The biomass-derived p-xylene can be mixed with petroleum and will enable manufacturers to operate at lower cost because of this discovery."

As the award was announced, Dauenhauer's lab published a major breakthrough in the journal Green Chemistry. "We've discovered a way to improve the yield of p-xylene to 90 percent. This is significantly better than our previous work, and dramatically improves the potential to make green chemicals," he said. (Lab website.)

Dauenhauer's lab calls the process "ultraselective" because of its ability to achieve 90 percent selectivity for the desired product. One benefit of the team's thermochemical method is their low cost compared to biological strategies.

Investigating the nanostructure of the catalyst

Consumers already know the plastics made from this new process by the triangular recycling label "#1" on plastic containers. Xylene chemicals are used to produce a plastic called PET (polyethylene terephthalate), which is currently used in many products including soda bottles, food packaging, synthetic fibers for clothing, Dauenhauer says. 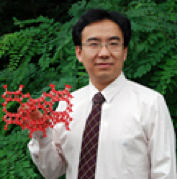 nano-porous catalytic materials, including zeolites, investigating their capability for producing p-xylene. A specific material identified as 'zeolite beta' was found to be optimal.

"We discovered that the performance of the biomass reaction was strongly affected by the nanostructure of the catalyst, which we were able to engineer and achieve 90 percent yield," Fan says.

Reacting to the award from Dupont, Dauenhauer said, "It's a great feeling to win one of these awards. As a young professor you make a lot of decisions on what research topics to pursue, but it's not always obvious which ones are most promising and valuable to society. This award supports our decision to pursue renewable chemicals, and it will greatly contribute to our research to develop a sustainable economy based on biomass."

A member of the DuPont technical staff nominates professors, and the nominator serves as the liaison between the company and the faculty member. During the three-year award, each grant recipient is invited to present a seminar on his or her work to the DuPont research community.

Have you ever been nominated for a research grant?

This is amazing news! Congrats to Paul