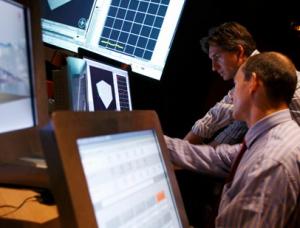 High performance computing (HPC) provides a crucial competitive edge in many industries, but there are few where it contributes more than in the costly world of offshore oil exploration. To get a jump on its rivals, French oil major Total has just launched its new supercomputer, called Pangea, which uses 2.3-petaflops to analyze data 15 times faster than the company's previous supercomputer, the Rostand (installed back in the dark ages of 2008). Pangea will help the Paris-based company to more confidently judge the risky potential of new wells.

"When rigs cost $400,000 to $500,000 per day, you need an accurate picture of the subsurface to pinpoint your drilling location," says Philippe Malzac, IT director at Total's Exploration division. "Our goal is to spend as little as possible and drill as few dry holes as possible in the process of making discoveries." Already, Pangea helped analyze seismic data from Total's Kaombo project in Angola in just nine days, or four months quicker than it would have taken its previous computer, Malzac told Reuters.

Drilling in high-risk but lucrative areas

Total didn't disclose the cost of its new SGI ICE X system, which boasts 110,000 processor cores, 442 terabytes of memory, and 7 petabytes of storage, but said it would spend $77.55 million to run it over the next four years (see technical paper or more details).

$100-a-barrel oil compels oil companies to spend more and more on exploration and drilling in high-risk but lucrative areas - often offshore and deep under seabeds. This year, Total, chasing the big field, is raising its exploration budget to $2.8 billion, a 12 percent increase from the previous year.

Built by California-based Silicon Graphics International and bulked up to 2.3-petaflops, Total's supercomputer blows past British rival BP, which is building a 2 petaflop supercomputing facility in Houston, Texas. "Our competitors are also working on the same type of algorithms, but we think this is giving us a head start," Malzac said.

This new computer will 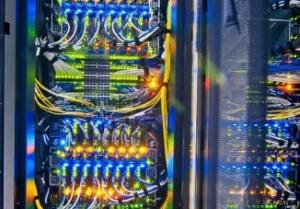 be stored at Total's research center in the southwestern French city of Pau. Its 2.3 petaflop output will place it ninth on today's TOP500 list of global supercomputers, reversing a decades-old trend when the vast majority of supercomputers were owned and used by national governments or large academic institutions. In a milestone, Pangea is two rankings above the most powerful government supercomputer in France, which is used by top public nuclear research center CEA. Still, the US Department of Energy funded the world's most powerful supercomputer, called Titan and used in astrophysics and climate change simulation.

How quickly has supercomputing accelerated? As mega-processing power has become cheaper, Total has put together the most powerful supercomputer owned by private industry, leap-frogging formidable supercomputers built just a few years ago. Until Pangea, the most powerful private supercomputer for commercial use was the Hermit supercomputer in Stuttgart. Ranked 27th in the world, the 831.4 Tflop machine is a public-private partnership between the University of Stuttgart and HWW GmbH. Processing-power obsolescence is widespread: the world's first petaflop supercomputer (with a lifespan shorter than a Olympic gymnast), was built by IBM for the Los Alamos National Laboratory in 2009. It has just been retired - for lack of speed.

The global market for high-performance computers is growing briskly at 7 percent a year, with the pricey top-end rising 28 percent a year, Bill Mannel, SGI's Vice-President of Product Marketing, told Reuters.

Large multinationals are now using systems as powerful as the military, Mannel said. "At the same time we're installing Total, we're actually installing a very large system for the U.S. Defense department, with similar kind of capability, at the U.S. Air Force site in Ohio." 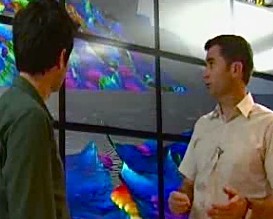 Aside from providing assistance for the discovery of new fields, one of the main purposes of the supercomputer is to reduce costs by providing field teams with day-to-day technical assistance. Linked by fiberoptic network and looking at real-time data, Total's specialists can trouble shoot distant oil rigs all the way from France (see a virtual visit inside Pangea).

Designed by SGI for maximum energy efficiency, the Pangea supercomputer has an innovative cooling system whose circuit is integrated with the processors. Requiring 2.8 MW of electric power, the heat generated by this supercomputer is recovered, making it possible to heat the totality of Total's Scientific and Technical Centre.

"The efficiency of the SGI ICE X system, which represents high computational power using a minimal amount of energy, gives Total the smallest footprint and lowest TCO possible," said Philippe Malzac. "This was a key factor in our selection of SGI ICE X for the Pangea system."

Make no mistake, Total's upstream group wants still more power. "We are proud of this leap forward in our performance. This supercomputer has been specifically designed to meet the main technical challenges facing our industry," stated Yves-Louis Darricarr?re in a press release.

Total plans to double the power of its computer by 2015.