China, Choking on Smog from Coal, Looks to CCS 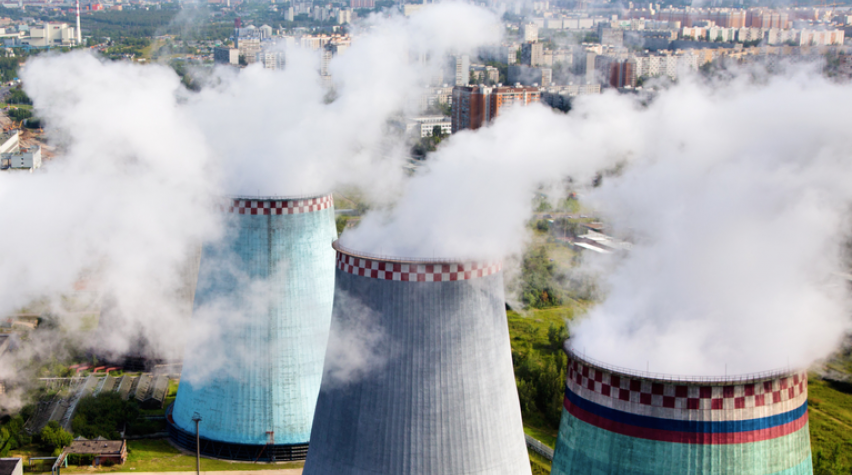 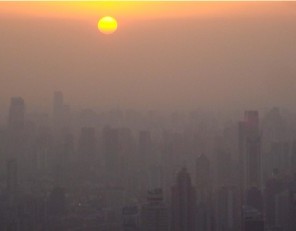 Recently, airlines flying in northern China have been canceling flights as dangerously high pollution levels smothered Beijing in smog for the second time in a month, sometimes reducing visibility to only a couple hundred yards. Trying to appear "proactive" and quash suspicions they'd lost control of industrial development, the government ordered 103 heavily polluting factories to suspend production and severely curtailed government and state-owned business car use, which may have worked during the Olympics but had little visible effect this time. Meanwhile, the U.S. Embassy reported dangerously high levels of PM2.5, microscopic particles that lodge deep in the lungs - 20 times higher than WHO safety levels. Beijing's officially reported PM2.5 levels were usually lower than the embassy's, but even those were still considered unhealthy. The government also said that because there was no wind, the smog, which is vividly clear from space, probably would not dissipate quickly. 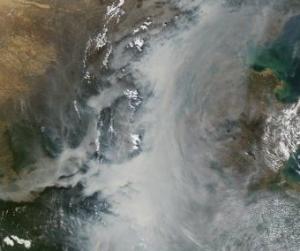 Local agencies, which estimate that smog had caused more than 8,000 premature deaths in major Chinese cities last year, encouraged citizens, particularly children, to stay indoors. Many braving life outdoors wore masks, which have became hard to find. Unfortunately, Beijing is fighting an inexorable trend. China, where coal is king, has been building one new coal-fired plant a week for years, just trying to keep up with its rapidly growing economy. The coal-powered capacity that China has added in the past five years exceeds that of all the U.S. coal power plants combined. China's momentum is frightening, with coal consumption rushing toward being nearly three times higher than it 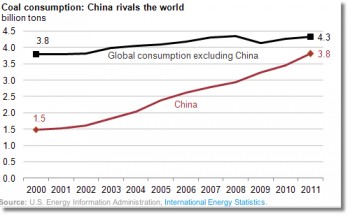 was in 2000. This shouldn't surprise anyone. After all, China consumes nearly as much coal as the rest of the world combined, according to the Department of Energy's EIA. China's coal demand averaged 9% per year from 2000 to 2010, more than double the global growth rate of 4% and significantly higher than global growth excluding China, which averaged only 1%, according to the EIA.

A global leader in CCS

While China has spent the last five years closing small, inefficient coal-fired plants and replacing them with newer "supercritical" plants, the country has also been developing more than half of the global carbon-capture and storage projects announced within the last year, according to the Global CCS Institute. The newly opened GreenGen energy plant in Tianjin is the most advanced clean coal power station in the world. Developed by China's state-owned Huaneng Group, the first phase, a 250-MW integrated gasification combined-cycle power plant, converts coal into syngas, which is burned in specialized turbines to produce electricity. Waste carbon dioxide from these processes can be separated more easily than in conventional coal-fired power plants. Huaneng has already begun work on a smaller pilot plant that will send a clean stream of hydrogen through fuel cells and turbines to produce electricity, with carbon dioxide being captured for industrial use. The final phase, scheduled for completion in 2020, will be a 400-megawatt power plant with full-scale carbon capture and storage in underground rock layers. Currently, the 3,000 tons of CO2 produced by the facility is being sold at a profit to beverage companies to make carbonated drinks, but eventually, the Huaneng Group plans to sequester the gas - up to 3 million tons a year - in off-shore oil wells in the nearby Bohai Sea for enhanced oil recovery.

Is it better that natural gas is shutting down coal plants in the US?

I don&#039;t know if there is one right answer to your question. But I think that anyone who complains about the environmental rules and regulations in the US or Europe should come live China for a month - especially in the winter. Beijing gets more of the press, but everyday life in smaller places can be just as hazardous. There are places in the north where everyone has a coal fired stove for heating that exhaust pipe just pokes out onto the street. It is a lot like I imagine London to be during the Industrial Revolution - everything gets greyed out and soot covers everything. Many places it is still about the &quot;how&quot; more than the &quot;what&quot; for energy.

Reminds me (on a less noxious level) of the diesel fumes spewing from every bus and truck in Mexico City. I also noticed that the Chinese are funding a huge coal gasification/CCS project in Texas. The CO2 is going to be used for enhanced oil recovery in the Permian Basin. Construction will probably start this year.

I agree. Though CCS is part of the overall environmental impact it isn&#039;t connected to the smog or particulate air quality. Dirty coal is still dirty coal. CCS is needed in the long-term but there are still short-term changes needed.

IYou&#039;re absolutely right.. My short post inelegantly conflated a lot of stuff: the gasification process leading to the CCS.