Last month, even as nervous wind-energy developers raced to finish projects in the US before the anticipated end of the renewable energy production tax credit (PTC) on January 1st, GE celebrated a milestone: installing its 20,000th wind turbine (press release) since purchasing wind assets from bankrupt Enron Corporation in 2002 for a rock-bottom $325 million and assumed debt. By 2008, using the combined power of its manufacturing prowess, sales reach and size, GE built a $6bn global business, eventually turning out over a dozen turbines a day. Today, it dominates the US market with a 40% share, while adding about 3,000 wind turbines around the world in 2012. 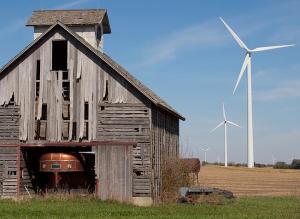 In many ways, GE's rise has paralleled the growth of the global wind industry. In the U.S. and Europe, 40 percent of new power generation installations over the last four years have been wind projects, and the cost of wind-supplied electricity decreased by a factor of three. From a total global capacity of 31.1GW, the US and China each hit the 50GW milestone in 2012, and Europe's capacity reached 100GW. The time-lapse animation video above shows GE's rapid growth. After buying 274 of GE's 1.6 megawatt turbines last year, BP Wind Energy, which got into the wind business in 2005, also reached a milestone: installing the largest wind farm in Kansas. Known as Flat Ridge 2 and spread across 66,000 acres, the new wind farm will generate 438 megawatts - enough electricity to supply 160,000 homes. (Read article about opening.)

The perceived rewards of beating the New Year's Eve deadline couldn't have been greater. Each of BP's turbines will receive a 2.2 cent tax credit for every kilowatt-hour generated during the first 10 years of operation - about $1 million per turbine - adding up to $274 million for BP. An earlier news report from Kansas:

Just how much rushed, last minute completion surged around the country? According to the New York Times, US wind developers had been planning to install 12,000 megawatts of wind capacity tin 2012, and by Dec 1st, only 6,000 megawatts were finished. As the remaining 6,000 megawatts - or 3,000 turbines - are completed, it will represent a huge 12 percent leap in capacity. And Congress just helped any laggards cross the finish line. Congress' "Fiscal Cliff" bill just renewed the PTC for 2013, and tweaked it so that money would be available to any project breaking ground by the end of the year. This will give projects more time and might even be as productive as two or three years of the conventional PTC. How much pain has been avoided? Without an extension, many projects would have dried up, probably declining by 70 to 90 percent in a predictable boom-and-bust cycle, with parts suppliers quickly shutting down as demand collapsed. And saved were 37,000 of the estimated 75,000 manufacturing and power plant jobs that had been in jeopardy across the US.

Pushing for a longer PTC

Even as Flat Ridge 2 successfully opened, manufacturers had already slowed production because of the tax credit's uncertainty. In September, Siemens Energy cut 900 jobs in the US. BP Wind Energy, which had already purchased more land in the state to build Flat Ridge 3, put its plans on hold until the the incentive was restored. Relieved by the last-minute vote, John Graham, CEO of BP Wind Energy, who supported a continuation of the Production Tax Credit (PTC), told the Kansas City Star that six more years were needed for innovation to reduce turbine costs and increase efficiency before wind energy could be competitive without the PTC and "The reality is the industry needs it." Kansas Gov. Sam Brownback and the state's two US senators - all Republicans - also supported renewing the credit. The compromise that Congress passed is still viewed skeptically by members of The American Wind Energy Association, a trade group, who feel that's still too small a window to get many projects approved, sited, funded and installed. 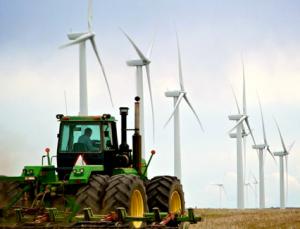 Instead, they'd already proposed a six-year phase-out that would start at 100 percent of the current credit and gradually decline over the period to show that supporters of wind energy also understood the federal government's need to get its deficit under control. BP's Graham sees the PTC as an investment magnet, "A relatively small investment is bringing good manufacturing jobs to the US." He added that the subsidy would cost the Treasury about $4.1 billion over the next 10 years but should attract between $15 billion and $20 billion in private investment each year. What are GE's plan for 2013? As it readjusts its US strategy, the global company has already booked business in Latin America, Eastern Europe, the Middle East and the Asia Pacific next year. GE and Brazil's Renova Energia recently signed a US$394 million contract for 230 wind turbines in Bahia state of Brazil, where over the next two years, more than 600 turbines will be installed. 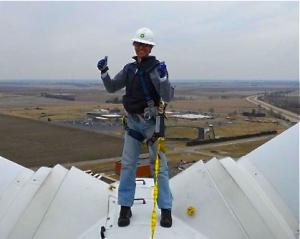 Do you think the Production Tax Credit is useful?