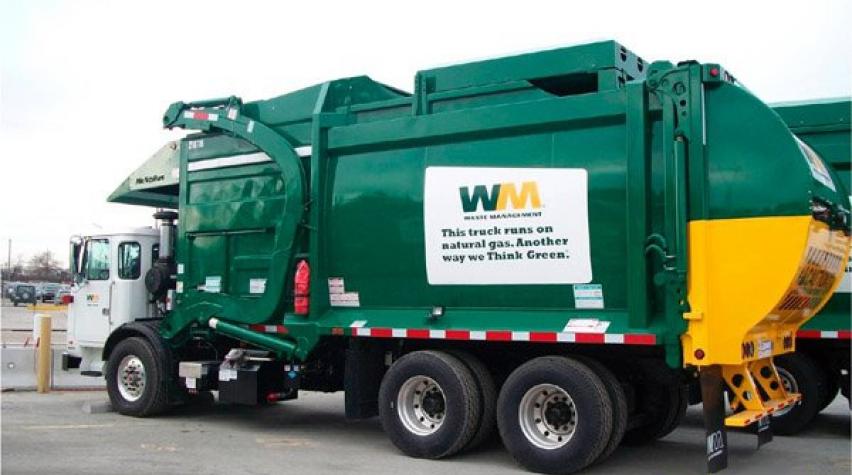 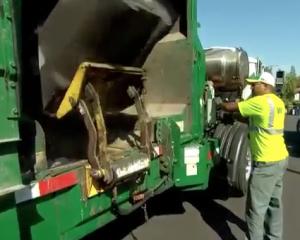 An early morning irritation is slowly disappearing across suburban North America. The loud rumbling garbage truck has been muffled by natural gas. Houston-based Waste Management is aggressively pushing a nationwide plan to convert 18,342 trucks from smoky diesel to quieter and cleaner compressed natural gas. The latest CNG trucks have just appeared in the Houston area, where 80 trucks will be able to refuel with gas overnight. This is all part of a trend caused by crashing natural gas prices. "The economics and payback of natural gas are so strong that it dwarfs any other technology," Eric Woods, VP fleet and logistics, told Fuel Fix. Overall, Waste Management has more than 1,400 CNG trucks in its fleet, including 100 added to its fleet in Vancouver last year. While this represents only 3.5 per cent of the entire fleet, conversion is happening quickly and the whole fleet should be diesel-free in ten years. 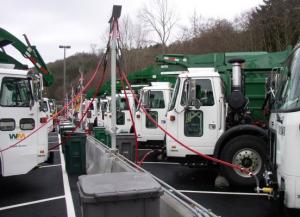 The transition was a no-brainer once the company began saving $3 for each gallon-equivalent of CNG it used instead of diesel. At a Waste Management truck lot in Seattle, for example, the company found that its costs dropped from $11 for every hour a driver worked with a truck to about $3 an hour once it converted the entire location to CNG vehicles, partly because of savings from refueling time. Waste Management's CNG trucks refuel overnight from unattended slow-fill pumps at each parking spot, so they don't have to line up and wait at a single diesel pump. CNG adoption by Waste Management is part of an holistic approach to cost savings. All trucks are using route optimization software to reduce driving time and are also programmed to turn off automatically after idling five minutes. 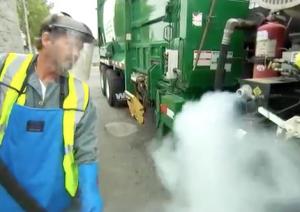 "This goes right to the heart of the business and the margin," Woods said. To accommodate this conversion, Waste Management has been increasing the number of fuelling stations it has to support its fleet. Currently it operates 17 stations across North America, but that number is expected to expand to 50 by the end of this year.

Looking at it from a greenhouse-gas perspective, the emission reductions aren't huge - just 25 percent. But the real gains are in reducing smog pollutants: nitrogen oxides and diesel particulates drop by a whopping 90 percent. Of course, this also leaves open the possibility of using renewable natural gas sourced directly from many of Waste Management's own landfills in North America. Watch a video about Waste Management's Altamont Landfill in California, which successfully converts landfill gas for clean burning fuel in its trucks.

By processing much of the gas at their own landfills with specialized equipment from Canadian firm IMW, Waste Management has also become a 21st century energy company. The company recently completed construction of its new landfill gas-to-energy facility in Lenox, Michigan. The facility will use up to 4800 cubic feet (136 cubic metres) per minute of landfill gas and generates 12.8 MW, which is enough to power 12,000 Michigan homes.

Will this trend extend to passenger vehicles?

I guess it&#039;s only right for garbage trucks to go green as well. It just doesn&#039;t seem right that they&#039;re helping clean up the streets, but contribute to air pollution at the same time.

The garbage trucks may be turning green, but I can&#039;t really say the same yet for the bulk of waste disposal. Hopefully, soon enough, that will completely eco-friendly waste disposal will become a reality as well.