The now famous X-Prizes' are global competitions to spur technological innovation. The inaugural prize--worth over $10 million--was awarded to the first privately financed reusable manned spacecraft in 2004, and was won by Mojave Aerospace Ventures, who successfully completed the contest in their spacecraft SpaceShipOne. And it's no coincidence that Elon Musk's privately owned SpaceX, which has more than 40 flights worth about $3.5 billion on its manifest, will soon launch a craft that will rendezvous with the International Space Station. 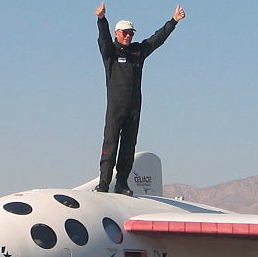 The most recent X-Prize, The $1M Wendy Schmidt Oil Cleanup X Challenge, announced in July 2010, was a response to the Gulf oil spill, where most of the clean up equipment could be carbon dated from the Exxon Valdez disaster and performed accordingly. Not only was the cleanup slow and inefficient, but TV images of oil-marred beaches and estuaries exacerbated a public relations disaster, making it appear that American technological ingenuity was missing in action--ironically, while many watched it unfold on iPhones and laptops. The X-Prize Foundation wanted to inspire entrepreneurs, engineers, and scientists to innovate rapidly deployable and highly efficient crude oil capture methods. The underlining assumptions of the X-Prize have always been: innovation is out there, waiting in garages, small industrial parks, corporate research centers; big wasn't necessarily better and creativity could be harnessed entrepreneurially. Forbes also noted the Foundation's pragmatism:

Or as the competition guidelines put it, "While many important efforts are devoted to the development of new, cleaner, and renewable energy sources, the world remains fundamentally dependent on oil to drive many sectors of our economies. As long as oil continues to be a significant energy source, the risks associated with accidental release of oil will continue to pose a threat that must be managed." 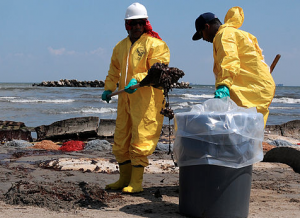 Submissions quickly flooded in from all over the globe, and ten finalists were chosen by May 2011. Those teams demonstrated their cleanup systems during rigorous field testing over a ten-week period in the summer. Team Elastec's winning technology allowed crews to skim spilled oil off the water's surface at a much faster rate than older spill technology. And the new device wasn't developed by a major oil company--it came from a Midwestern company, Elastec/American Marine, based in Illinois, with just 140 employees. A deceptively simple concept grew out of 20 years in the oil business, as well as through experience working to help contain the Gulf oil spill. It also doesn't hurt that the company has employees who don't mind flying by the seats of their red coveralls. 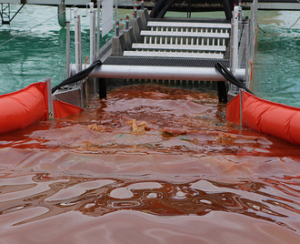 Oil is attracted to plastic. And water is not. That, in essence, is the basis of Elastec's new skimmer. It's huge, about the size of a large U-Haul truck. And it looks something like a giant abacus. It has 64 grooved plastic discs, arranged in rows, with a scraper along the top. "That's the elegance of this machine. It sounds like it's just so basic, but it picks the oil off, puts it in a trough and we pump it away, and that's all there is to it," says Team Elastec project manager Don Johnson. "And it does it at a nearly 90 percent efficiency rate." The industry standard is for oil skimmers to remove 1,100 gallons of oil per minute. The X Challenge had set the bar at 2,500 gallons per minute.

Elastec was inspired by a gauntlet thrown down by the X Prize Foundation, Funded this time by activist Wendy Schmidt, who is married to former Google CEO Eric Schmidt, and dangled a million-dollar purse in front of the company. "It's astounding, what they were asking," Johnson says. "It's like taking one of your fastest cars, you know, and doubling the speed of the fastest car and then adding a little more and saying, 'OK, go for it.' " 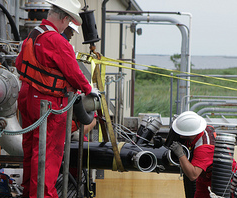 This challenge took on all the aspects of a TV reality show. Time was crucial. Team Elastec only had ninety days to construct their entry from concept to competition. But with their own fabrication and machine shops, and 140 employees willing to work long hours, racking up some staggering overtime, they created a breakthrough technology by modifying and improving the company's existing skimmers. They'd never ordered so much material for a single project; and once finished, it was the largest skimmer they'd ever built.

And Elastec succeeded. Its design removed oil at nearly twice the goal. X Prize Foundation CEO Peter Diamandis says it was time for the oil cleanup industry to evolve--and that his group's cash prize helped bring it about. The runner-up prize of $300,000 went to a Norwegian Team, NOFI, which used a V-shaped flexible boom to capture 10,266 litres per minute at an efficiency of 83 per cent.

Wendy and the X-Prize Foundation dropped a serious check into the company's lap, rewarding them for pushing the envelope."Today we celebrate the teams and what they have achieved," noted Wendy Schmidt, President of the Schmidt Family Foundation. "I am proud to see how this competition drove the creation better methods to cleaning up oil from the ocean surface." Without downplaying the seriousness of the Gulf disaster, oil spills are an unavoidable part of the business. Recently there have been spills off the coasts of China and Brazil, and a sinking tugboat leaking oil into San Francisco Bay. (Let's not get into pipeline spills.) Adopting newer technologies to competently contain and manage mishaps will change the public's perception of oil drilling's risks and rewards.

Which other industry needs an X-Prize Contest?