Interview with Director/Producer Rachel Cook on the Microlending Film Project 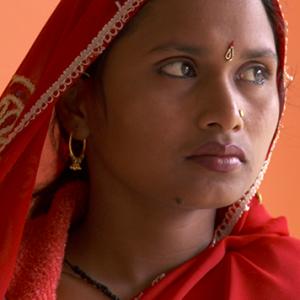 When Rachel Cook read Nicholas Kristof's article on Saving the World's Women in 2009, the then 25-year old futures trader in Chicago was immediately compelled to use her education and resolution to help empowerment of women worldwide. Loans made to women in amounts as small as $25 can start profit-generating, small businesses.

With drive and steadfast conviction, Rachel began this project using her personal savings, embodying the same sharp business skills she showcases in her film. As Rachel explains on her Kickstarter page, she used what she knew ("basics about what made for a good investment because I'd worked as a trader") and what she intuited ("some vague notion about what it takes to make a short film because I'd studied that in school") to trust her gut to prepare "a feature film shot around the world."

The impact of microloans is tremendous, touching many aspects of global communities and beyond, reaching the United States with initiatives such as the recently launched Kiva City Detroit. Today, social media and crowdfunding can help finance small businesses within the US as well.

I had the pleasure of speaking with Rachel about her film and about the lessons she has for young entrepreneurs interested in pursuing projects that excite and energize them.

You've traveled to many different countries on different continents around the world; what general observations have you made on the range of businesses that benefit from microfinance? Have you seen high-tech or technology-based initiatives receive funding during the course of your work?

Based on what we've seen, all types of businesses can benefit from microfinance. From handmade crafts, to high-end boutique fashion lines, to baked goods, to high tech software and mobile phones, it was amazing to see the range. In Kenya, in particular, we saw many women benefitting from microlending initiatives that allowed them to vend mobile phones and mobile-related software and accessories, and it seemed to be helping to fuel the country's rapid technological advancement in significant ways.

Since your film focuses on the empowerment of and impact on women through microfinance, can you comment on how microfinance might differ from other financing options (if any) to help women entrepreneurs start their own business?

I would say that the group lending model, championed by [the Microfinance pioneer and Nobel prize winner] Muhammad Yunus and used with great success in many places around the globe, works particularly well with groups of women. It fosters a sense of community--women assemble the groups themselves, and support one another in repayment if any challenges come up along the way. It's obviously a much more communal model and generates some truly powerful social capital. 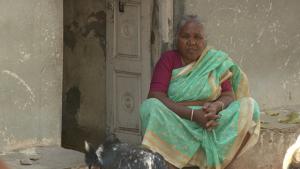 The Fundaci?n's AgSchool, which was the first of its kind globally (and as of Spring 2010, was set to be replicated in 50 different locations around the globe) is this really fascinating, efficient model. Students attend and they learn green farming techniques, they receive hospitality training, and they sell the produce and the crops they're raising, so the school is actually financially self-sustaining as well. They were learning about the importance of crop rotation so as not to sap the nutrients of the soil, about the importance of composting. The daughter of the woman we focused on in Paraguay attended this school, and she was bringing home irrigation techniques that benefitted her father's farm in ways he hadn't known were possible. It was amazing to see.

Clearly, these projects impact their neighboring environments, cities, or regions. Your last filming stop was in Detroit: how do you see microfinancing affecting our communities within the United States?

Detroit is a really fascinating city for many reasons, not the least of which is the fact that it's working to reinvent itself and its industries in innovative ways. Green industries in Detroit, in my opinion, will be hugely instrumental in its revitalization. And certainly the Kiva City launch in Detroit injected a lot of energy and enthusiasm into the city ambience--there's nothing like entrepreneurship when it comes to overcoming economic challenges.

The impact initiatives like Kiva City Detroit can have in communities across the U.S. can be incredibly powerful. Kiva has set up this model such that any city in the States can bring a Kiva City home; they just need to sign up through the website, and take steps to involve a political entity and an organization that works with small businesses in their hometown. I'm working to launch a Kiva City in my hometown, Canton, Ohio, in conjunction with the screening of the completed MFP feature there next spring, and already, though we're merely in the planning stages, the sense of excitement and unity is palpable within the community. There are many cities across the U.S., Rust Belt cities, former industrial powerhouses that have been hit hard by the financial downturn, and that could really use cause to sort of rally themselves around to boost morale, in addition to accessible capital - and what better cause than innovation and entrepreneurship, than investing in your city and yourself? Domestic microfinance has existed for decades, but I think this particular model can really spark change at a time when its especially needed, and that's an inspiring thing to see.

You've accomplished quite a lot as a young professional: armed with your formal education and work experience, you took on an incredible project! What are some words of advice you would give young professionals interested in pursuing their own passions or projects?

I'd say this--really listen to and follow your instincts. Don't stay in a job you don't feel is a good fit because you're afraid of taking a bit of a risk--I think a lot of people may be surprised at what can happen if they take a leap and work toward something they're really passionate about.

How can readers contact you to learn more or support your inspiring work?

We'd love to hear from readers! To learn more about our project, please visit the website at and subscribe to our email list, or send me a message directly. All donations through the site are secure and tax-deductible. The Microlending Film Project is also holding a DVD pre-sale and offering other perks to raise funding for post-production. To view a trailer and/or purchase a DVD, please click here.

The filmmaking crew is also actively seeking out investors at multiple levels. If you have an interest in learning more about investment opportunities in the film, please contact Rachel Cook at rachel@microlendingfilm.com.

What a powerful message! thanks for posting this Alessandra!

I agree, there is some great work here! Rachel&#039;s done an amazing job. Stay tuned, I&#039;ll post a video clip soon! Thanks for your comment, May!