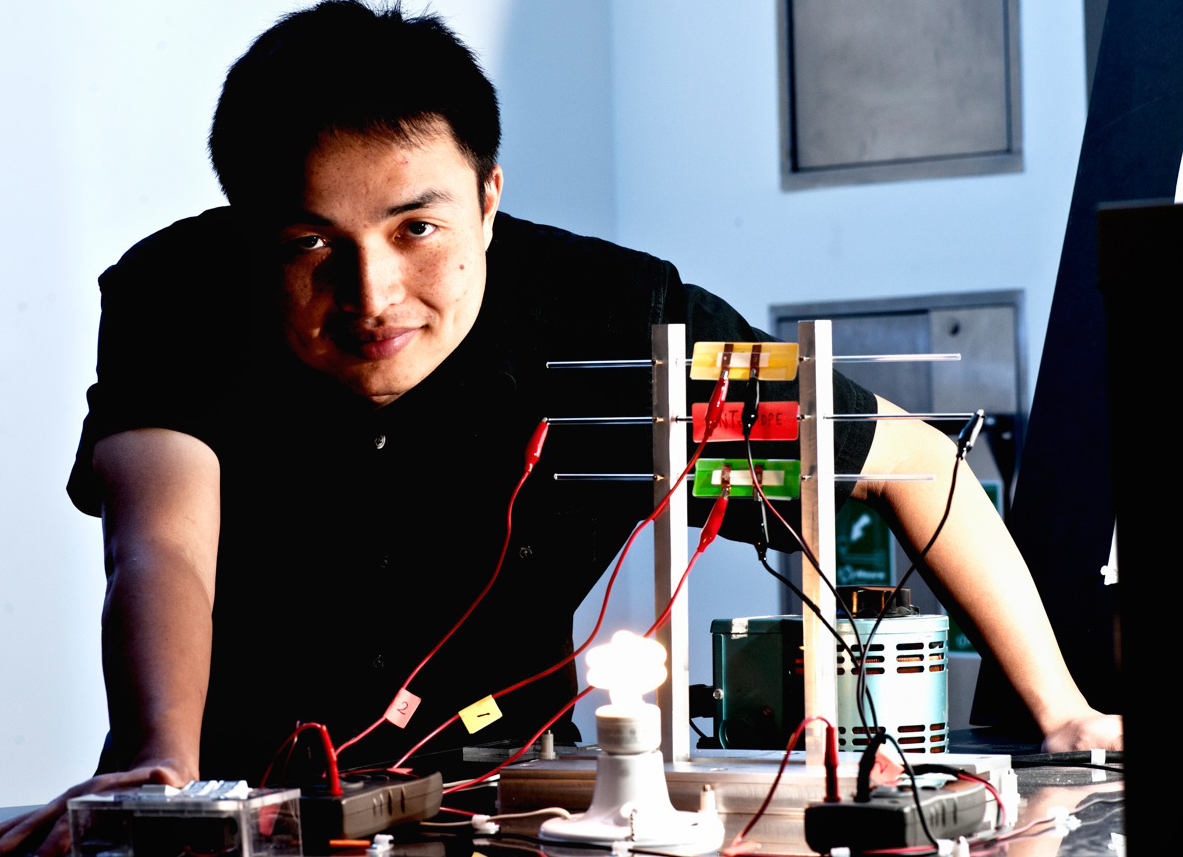 Rice University researcher Yao Zhao shows a demonstration rig in which he uses a short piece of carbon nanotube cable to provide standard line voltage to a fluorescent light bulb.

Researchers at Rice University have announced a nanotechnology success that could play a significant role in making renewable energy more practical and could contribute to many electrical applications where weight is a factor. The breakthrough: researchers have created carbon nanotubes that are approaching electrical conductivities seen in metal wires, a goal that has been pursued since the 1980s.

A Rice lab made the cable from double-walled carbon nanotubes and powered a fluorescent light bulb at standard line voltage--a true test of the novel material's ability to stake a claim in energy systems of the future. The work appears this week in the Nature journal Scientific Reports. You can read the abstract here. You can also view a video on the technology in the video panel at right.

If nanotube-based cables can be made as efficient as traditional metals at one-sixth of the weight, they may find wide use first in applications where weight is a critical factor, such as airplanes and automobiles, and in the future could even replace traditional wiring in homes. The technology could also carry renewable power farther from the electrical grid.

In an interview with Technology Review, Enrique Barrera, a Rice professor of mechanical engineering and materials science, spoke about future plans, saying, "The goal is to make an engineered product. We believe what we've been able to do is scalable to continuous production methods." The team is currently working on exploring commercialization, although no details were disclosed.

While the cables are already efficient, efforts are under way to increase efficiency. The hope is to create cables that surpass copper wiring's conductivity with single-walled carbon nanotubes.

You can read more from Rice University here and the Technology Review article here.

How could this nanotechnology advance affect your work or life?