A radical new approach to battery design promises to remove many of the barriers to widespread EV consumer acceptance: in addition to being lightweight and inexpensive, the new battery will completely eliminate charging time, making it as quick and easy as pumping gas into a conventional car. It involves a new, sludge-like material, coined "Cambridge Crude," by MIT Prof. Yet-Ming Chang and fellow researchers.

Last year, battery startup A123 Systems, co-founded in 2001 by Prof. Chiang and which operates the largest Lithium-ion battery factory in the US, recently spun out another company, called 24M, to develop the new battery. A research paper published in Advanced Energy Materials reveals how that battery would work.

One problem with current lithium-ion batteries used in today's electric vehicles is that only 25 percent of the battery stores energy. Most of its bulk is made up of inactive materials: packaging, conductive foils, and glues. The battery ends up being too big and too expensive--relegating EVs to a small market niche.

Chang and 24M want to greatly reduce the inactive materials and achieve almost twice the energy density. These batteries would then be smaller and cheaper. Chang estimates that the batteries could cost as little as $250 per kilowatt hour--less than half what they cost now.

The secret is in the sauce 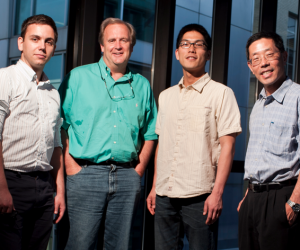 The new design segregates two battery functions--storing energy, and discharging that energy when it needs to be used--into two structures. Separating these functions means that batteries can be designed more efficiently, Chiang says.

Chiang's team has combined the basic structure of flow batteries with the chemistry of lithium-ion batteries by changing the batteries' solid materials into tiny particles that can be carried in a liquid suspension, using two proven technologies.

The key difference is, according to MIT News:

The new battery relies on an innovative architecture called a semi-solid flow cell, in which solid particles are suspended in a carrier liquid and pumped through the system. In this design, the battery's active components--the positive and negative electrodes, or cathodes and anodes--are composed of particles suspended in a liquid electrolyte. These two different suspensions are pumped through systems separated by a filter, such as a thin porous membrane...

...Increasing energy storage is as simple as increasing the size of the storage tanks--the device that allows the electrodes to interact stays the same size.

Flow batteries have existed for a long time, but were never considered practical for electric cars because of their low energy density. The new semi-solid flow batteries pioneered by Chiang overcome this limitation, providing a 10-fold improvement in energy density, and cascading lower-cost manufacturing than conventional lithium-ion batteries. Because the material has such a high energy density, it does not need to be pumped rapidly to deliver its power. "It kind of oozes," Chiang says. Because the suspensions look and flow like black goo and could end up used in place of petroleum for transportation. "We call it 'Cambridge crude.'"

Another potential advantage: the system would permit simply "refueling" the battery by pumping out the liquid slurry and pumping in fully charged replacement, or swapping out the tanks, while still preserving the more traditional home-recharging.

The US needs an all-hands-on-deck... 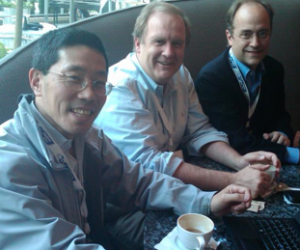 ... ARPA-E awarded a total of $6M to a collaborative effort between 24M, MIT and Rutgers to further develop its technology, on top of previous funding to MIT from DARPA. 24M Technologies has also secured $10M in from Charles River Ventures and North Bridge Venture Partners.

Throop Wilder, president of 24M, said at the time, "The U.S. needs an all-hands-on-deck approach to compete in global markets that are heavily subsidized by foreign governments."

Other then 24M, which other flow battery startups are aiming for grid storage?

i would beta-test it in my renault twizy. am i in?

I would guess self serve refueling would end though, you would want someone with some training handling this.