Using ChemE Jeopardy as a Tool for Studying 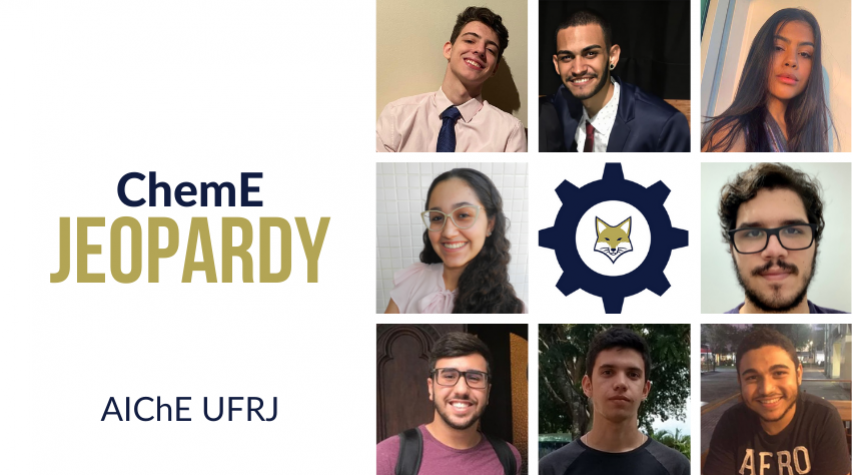 AIChE's ChemE Jeopardy Competition, which takes place at regional and annual student conferences, is a competition with questions that are based on chemical engineering undergraduate coursework. The participant teams generally are the champions from each of the nine regional conferences that take place all over the world.

In Brazil, the AIChE UFRJ chapter created a department dedicated to ChemE Jeopardy. The current director, Leonardo Azevedo, is a chemical engineering student from UFRJ  (Federal University of Rio de Janeiro) who devised a way to create a database of questions drawn from the main chemical engineering subjects. The chapter makes game boards using those questions, and participants play both to learn the material and to practice for the competition. Usually, the members of this division are assigned to formulate questions that could come up in the competitions, by studying directly from a book that is most often used for a given chemical engineering specific class. Consequently, by exploring the literature and trying to assess the difficulty level of each question, the students have the opportunity to learn, reflect on, and discuss various chemical engineering topics.

At Brazil’s 2021 regional conference, organized by AIChE FEI, AIChE UFRJ’s student chapter entered two teams in the ChemE Jeopardy competition and won first and second place. The final competition was fierce between the student chapters from AIChE CIMATEC and AIChE UFRJ. The teams highlighted their expertise in chemical engineering topics by mostly making the competition about who pressed the buzzer faster and not about which team knew the answer.

An useful introduction for first-year students

The ChemE Jeopardy section in AIChE UFRJ’s student chapter mostly consists of freshmen who recently joined AIChE. For that reason, participating in this division and talking about their newly acquired chemical engineering knowledge and the novelty of being at college has been a new and particularly rewarding experience for them. Being able to discuss with seniors topics that they have yet to study has helped them better understand what chemical engineering is really about. Additionally, seniors were able to share with younger students their experiences entering the job market and talk about which fields they hope to eventually work in.

Since the beginning of the COVID-19 pandemic in Brazil, first-year students who started in 2020 haven’t had any in-person classes yet. For that reason, these game nights have been especially important for these students. The constant contact with with seniors has been very helpful, and the practice sessions have already helped reinforce existing knowledge and build a deeper understanding of chemical engineering concepts, in spite of the pandemic. 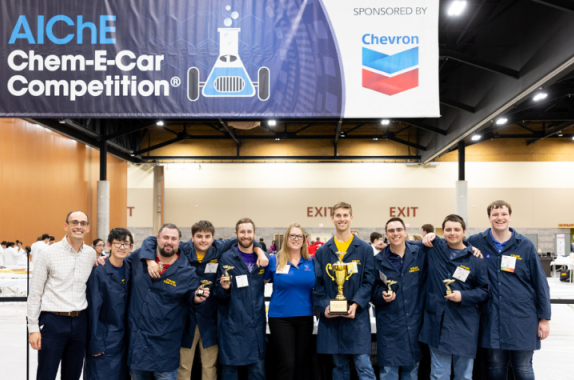 The top trophy went to the University of Toledo team, with a winning distance of 30.4 cm. See all winners in the 2022 AIChE Chem-E-Car Competition.