Network for your Job and Career | AIChE
Skip to main content

Network for your Job and Career

Your career success likely depends on your network. Approximately 60% to 90% of jobs are filled through networking. Every AIChE Spring and Annual meeting offers networking events and includes sessions on career development that often discuss the importance of networking. Networking as a subject has been covered many times in AIChE over the years, but it continues to be of utmost importance.

Networking can be done in many ways, for instance, while volunteering for AIChE and other organizations, in-person at conferences and social events, in virtual meetings, and through social media such as LinkedIn and Facebook. Every connection matters — even connections with those who are not in your immediate geographic area or field of expertise.

For example, Stephen J. Reilly began a job hunt in an unfamiliar area when his wife was relocated from Baton Rouge to New Jersey. Reilly reached out to a contact he had met seven years earlier when he was the AIChE Baton Rouge local section chair, who now lived in New Jersey and worked at Air Liquide Advanced Materials. “Admittedly, we had not maintained regular direct contact. I was unsure how effective reaching out to him would be almost seven years later,” says Reilly. But, after Reilly messaged him through LinkedIn, the contact offered to discuss Reilly’s résumé with the recruiter and hiring manager, helping Reilly to land a job as a senior process control engineer. “This recent example affirmed to me the power of such connections, no matter how small or brief those working relationships might seem!” says Reilly.

Networking to determine your career path

Career experts often recommend conducting informational interviews to explore jobs that may be of interest. For example, Christopher Semonelli, a vice president of sales and marketing in Middletown, RI, used networking to catalyze a career shift from engineering to sales after earning his MBA at Pepperdine Univ. He networked with professors and the career services department at Northwestern Univ., where he got his BS, to do some “career homework.” After speaking to pharmaceutical sales graduates, he decided against pursuing that field. However, a friend of Semonelli’s sent him a listing for a job in manufacturing sales, a career path that Semonelli had never considered. Today, he loves his career in manufacturing sales and is now trying to set up career pathways for high school students in the same direction.

Networking throughout your career

Even after you are well established in your career, networking can be a key part of ensuring you have job security and peace of mind. For example, Bruce Bullough, currently a manager/senior principal engineer in the pharmaceutical industry, found most of his jobs over the years as a result of networking. “I’ve maintained a network since the earliest years of my career, going back to 1979,” he says. “I’ve had standing job offers that were valid for many years, so I often knew I could start a new job next week, if necessary. That is very liberating!” The job that Bullough currently holds was found via a contact that he made through volunteering with AIChE.

Raymond “Ray” Cline, a retired manufacturing and warehouse manager, detailed how his network aided his career progress. Early in his career, his internal company network led to “enjoyable project tasks, some promotions, and a transfer to a departmental manager position,” he says. After some time working as a departmental manager, his network had grown quite a bit, which gave him the opportunity to land several interviews and job offers, including as a manufacturing manager. When that company changed its focus and ownership three years later, he networked with a former supplier for his company, and he got a job to expand their warehouse operations. Since he formally retired, people and companies in his network now request consulting support on a project basis.

Create your own networking tools

Alvin Alfiyansyah, an Indonesian expatriate and expert in the field of process safety for a state-owned gas company, builds his network using mailing lists. He carefully curated a mailing list of his networking contacts that he updated for many years, sharing his progress as he advanced through his career. He also joined specific WhatsApp and Telegram groups focused on his career field, which allowed him to further discuss items of common interest with engineers around the world. He advises, “dare to ask questions, and don’t be afraid to participate in discussions.”

Put in the work

Build and keep up with your networks. Although the methods of communication may have changed, relationship building has not. As Bruce Bullough says, “Creating a network takes effort.” Volunteer for AIChE. Go to conferences. Support others in your network. Even though you can try to reconnect when you need a new job, it is better to network before being laid off or encountering another career hardship. As noted by the many engineers that shared their stories with me, some of them had new jobs within a week of being laid off due to their network. I agree with Alvin Alfiyansyah’s recommendation to show “flexibility in socializing, caring for, and expanding social networks both personally and professionally.”

Robin Schlinger has over 20 years of experience as a résumé writer and career coach. She holds a BS in chemical engineering from MIT.

This article originally appeared in the Career Connection column of the August 2022 issue of  CEP. Members have access online to complete issues, including a vast, searchable archive of back-issues found at aiche.org/cep.

If you are interested in learning more about professional development, networking, and interviewing, be sure to check AIChE Career DiscoveryTM, which is part of the Institute for Learning & Innovation (ILI). See upcoming instances of the Career Discovery Workshop on AIChE Academy and read more about the process here. 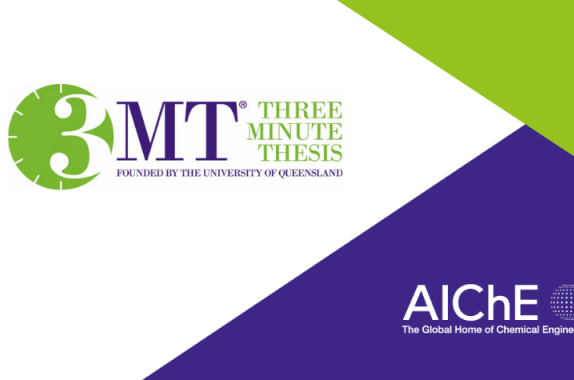 Distilling complex chemical engineering concepts into key points is essential to communicating the work we do, whether in an interview or at a cocktail party. This fall, researchers will test their skills at the first AIChE 3MT competition. 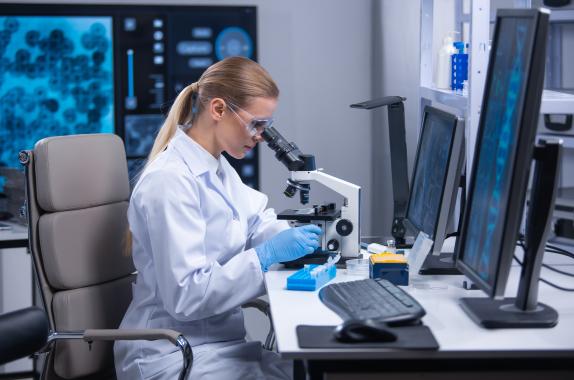 Chemical engineers work in a range of R&D jobs spanning from positions with established corporations, in universities, and at startups, and each of these work environments comes with certain expectations and demands.