Adding Color to the World of Research 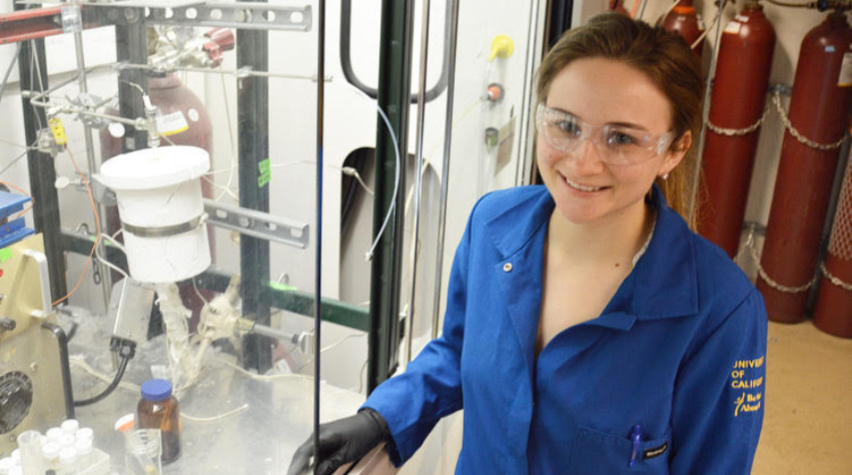 Science and art are often thought to be two different disciplines that have almost no direct relationship with one another. However, Julie Rorrer, a postdoctoral fellow in chemical engineering at the Massachusetts Institute of Technology (MIT), is using art to complement and communicate science through her outreach program and coloring book series, ColorMePhD. With ColorMePhD, she hopes to inspire the future generation of scientists and demonstrate that science is for everyone.

Rorrer grew up in an artistic and musical family in Corvallis, OR. “My mom is a pianist, and actually a church organist. And my brother is a professional musician in Los Angeles,” Rorrer says. “Growing up, I played instruments and did a lot of different types of art projects and things like that.” She would always catch herself doodling on the backs of her homework and using art as a visual aid to help her understand concepts in her science classes.

After developing an interest in science and acknowledging her creative side, Rorrer was faced with a dilemma. “At one point, I think I had to make this decision,” Rorrer recounts. “Do I go into art and music? Or do I want to go into science and engineering?” She eventually decided to pursue chemical engineering as she was interested in the environment and clean energy, and because her father is a chemical engineer. She believed there was room for art and creativity within the field of science, and she was interested in exploring the intersection of the two areas.

Rorrer received her BS in chemical engineering from Barrett, the Honors College at Arizona State Univ., and went on to attend UC Berkeley to pursue her PhD. She initially came up with the idea for ColorMePhD during her time at UC Berkeley. Eager to educate kids about science and broaden their spectrum of knowledge, she volunteered for a program called Bay Area Scientists in Schools. As part of the program, Rorrer and other volunteers would visit third grade classrooms to teach science to students while doing various activities with them.

She confesses that one of the main challenges that they faced at the time was being able to describe research to third graders in a way that they would be able to grasp. “The idea of coloring pages came to mind because they’re such a universal medium for communicating both to children — as well as adults, with this whole adult coloring book craze. I thought that would be a really cool medium to combine the science communication element with my interest in science and art.” 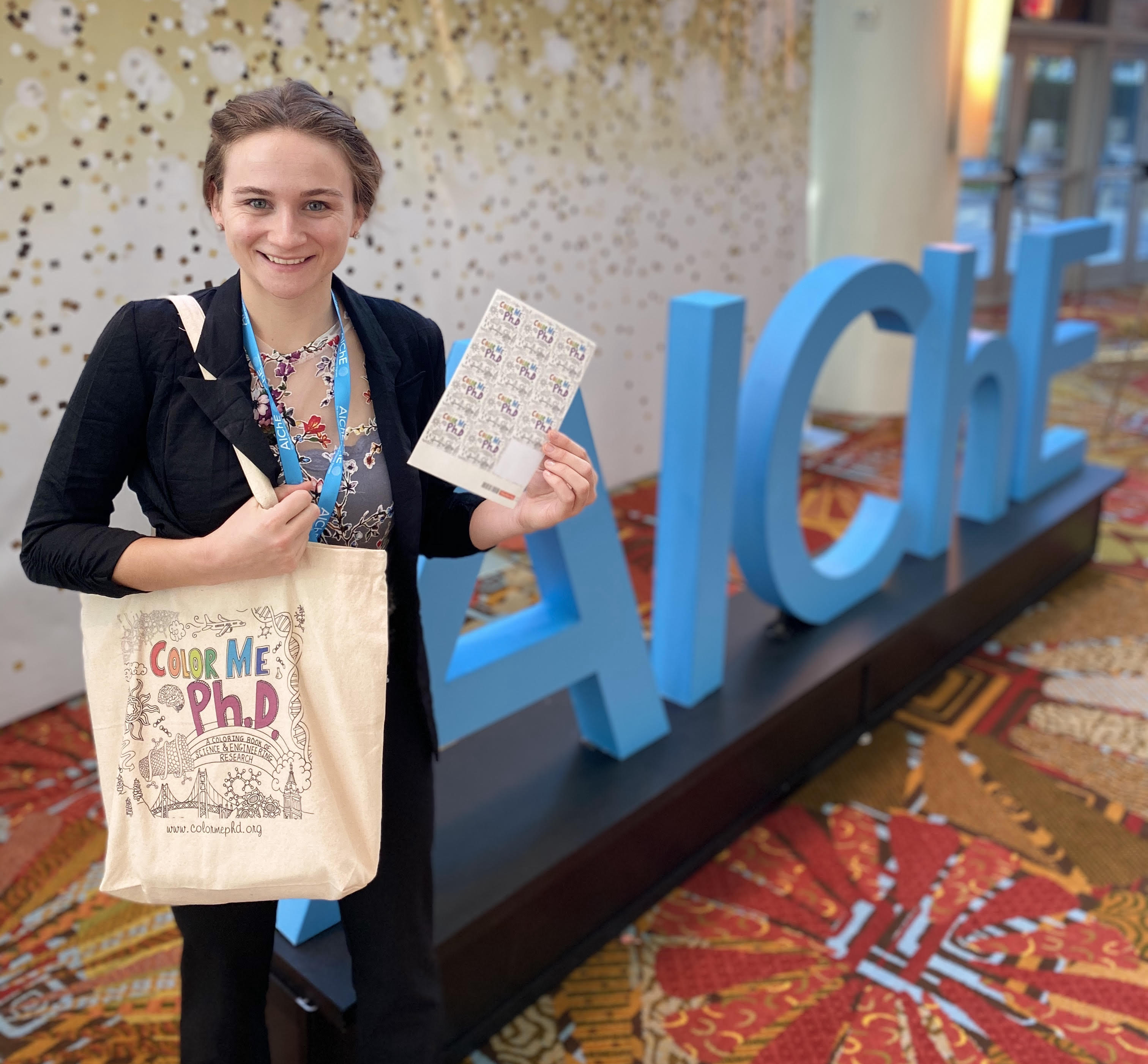 How it all began

With that, ColorMePhD was born. The goal of the coloring book series is to use illustrations in the form of coloring pages to explain PhD-level research in science and engineering to those with no scientific background — including children and future scientists. Along with the illustrations, written descriptions accompany the artwork, further explaining the concepts being demonstrated.

Before she begins a sketch, Rorrer works with the researcher to determine the most appropriate metaphors and motifs that would make the research understandable to a wide variety of people, regardless of educational background. Sometimes, Rorrer will work with a scientist to help them create their own illustrations reflecting their research for the coloring pages. Over the past few years, volunteers have joined Rorrer’s efforts to help translate ColorMePhD into other languages such as Spanish, French, and Greek, allowing more people to learn about science without a language barrier. 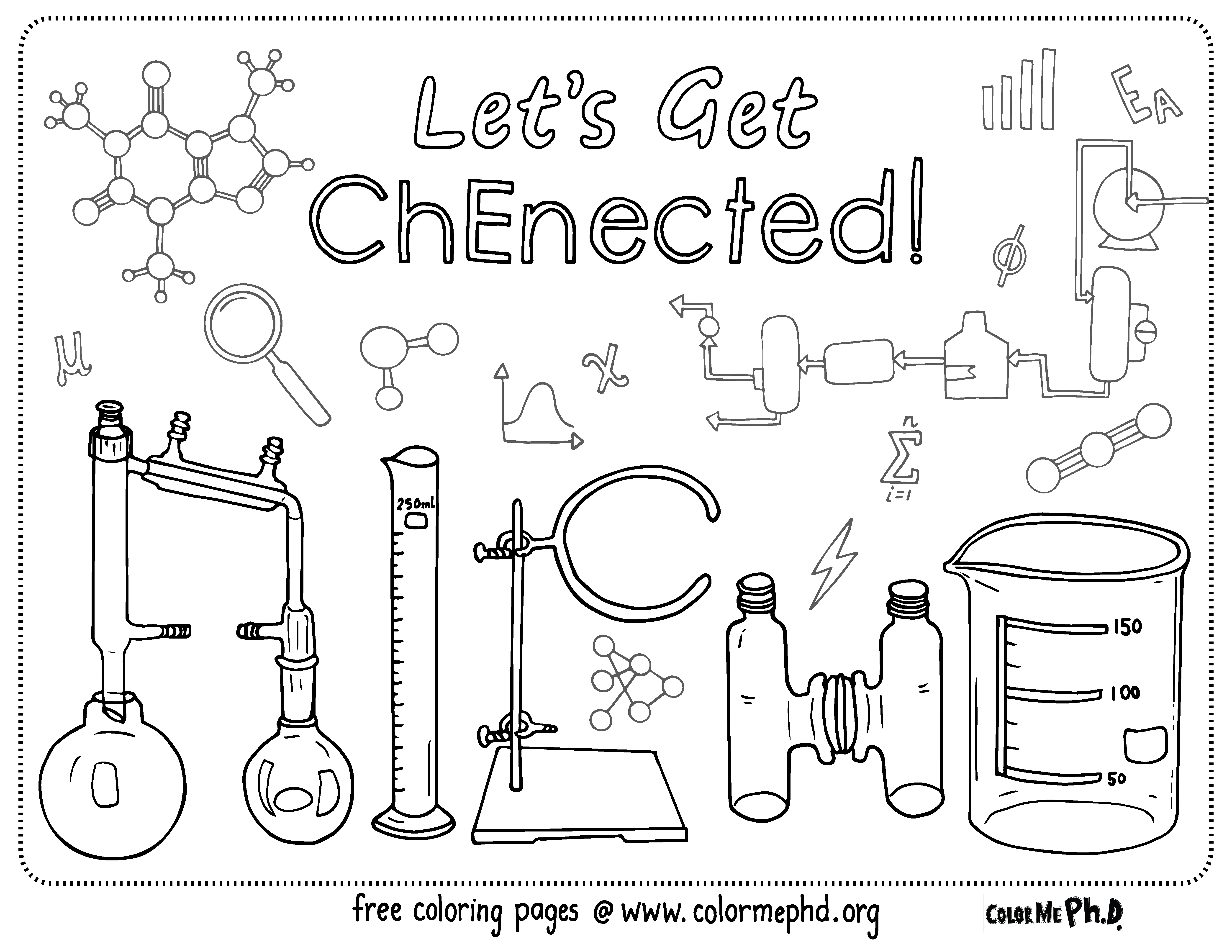 Additional series of coloring pages are also available such as the History-Making Scientists coloring pages, which focus on contributions made by Black, Indigenous, and People of Color researchers that have been overlooked in history. With these various series and volumes, Rorrer showcases that anyone can be a scientist and promotes diversity and inclusion.

Rorrer received her PhD from UC Berkeley in 2019 and moved to MIT shortly thereafter as an Arnold O. Beckman Postdoctoral Fellow. Today, in the Román-Leshkov research group, Rorrer’s research focuses on heterogeneous catalysis. One important project that the group is tackling is plastic upcycling — taking plastic waste and breaking it down into its constituents through chemical catalysis.

The products from the catalysis could then be used as raw materials to make new plastics, says Rorrer. “We can have this sort of chemical circularity where instead of throwing our plastic away into landfills, instead of letting it go into the environment, we can actually convert it into something that has a higher value than the recycled plastic.” She has published two papers recently on this work, one of which described the group’s success in converting plastic waste into liquid fuel. She also illustrated a coloring page for ColorMePhD that is dedicated to plastic upcycling and focuses specifically on her research (see illustration). 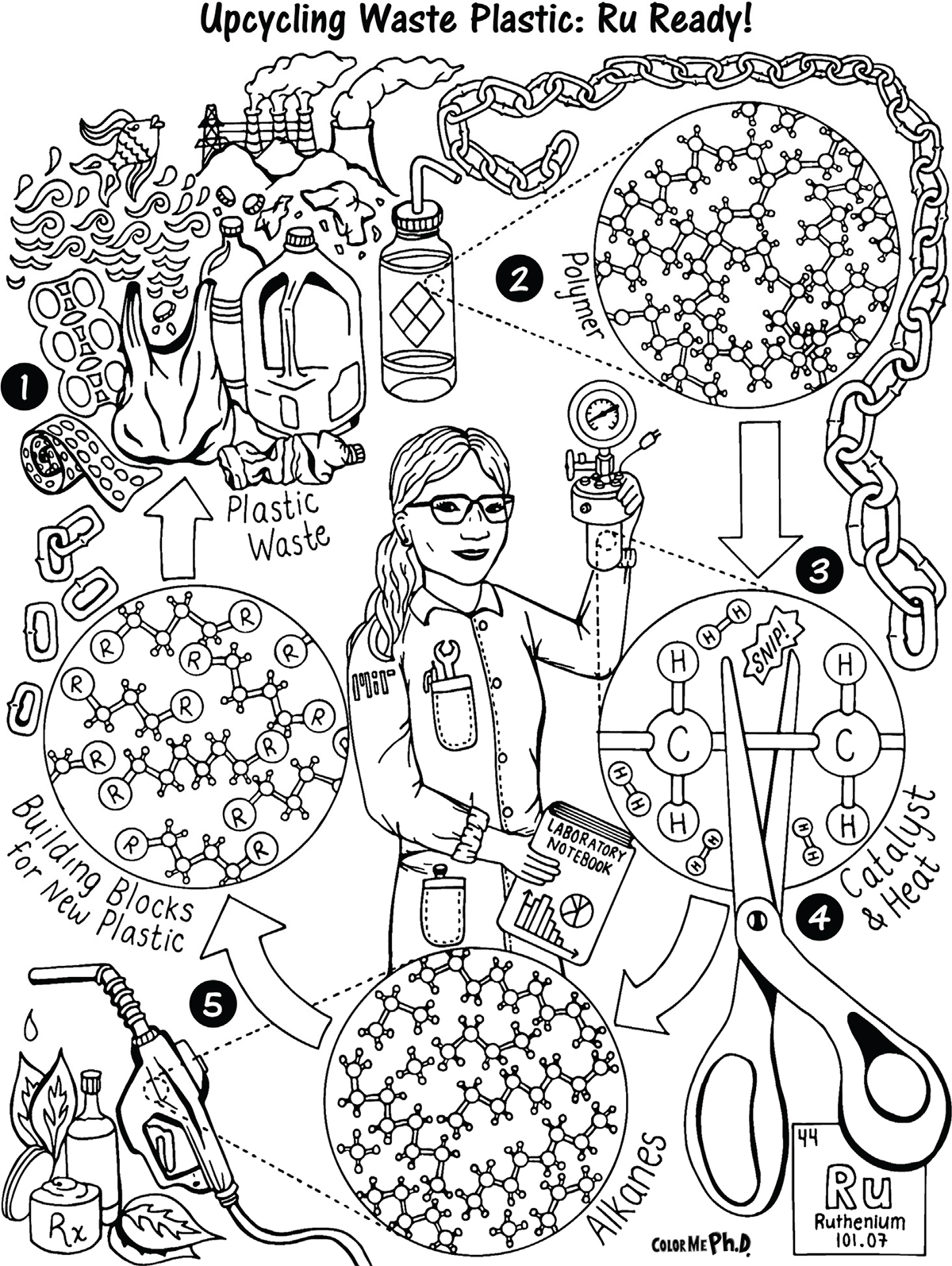 Starting in January 2023, Rorrer will join the Univ. of Washington as an assistant professor where she will be leading her own research lab. She is thrilled to be growing the ColorMePhD project with the support of the university. “They’ve actually committed some funding to help me get a team together to continue to create content and assess the effectiveness of these resources as teaching materials in the community,” she says. The funding will allow her to expand the reach of ColorMePhD, determine how the coloring pages are being used and accepted by the community, and make further improvements — which Rorrer sees as an exciting next step.

This profile originally appeared in the August 2022 issue of CEP. Members have access online to complete issues, including a vast, searchable archive of back-issues found at www.aiche.org/cep. 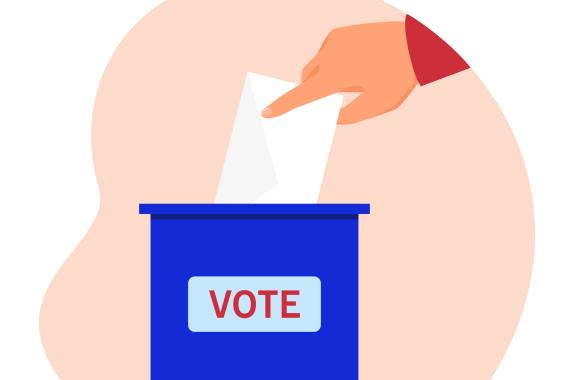 Cast your vote and have a say in AIChE’s future. Voting by paper and electronic proxy ballot begins September 12. 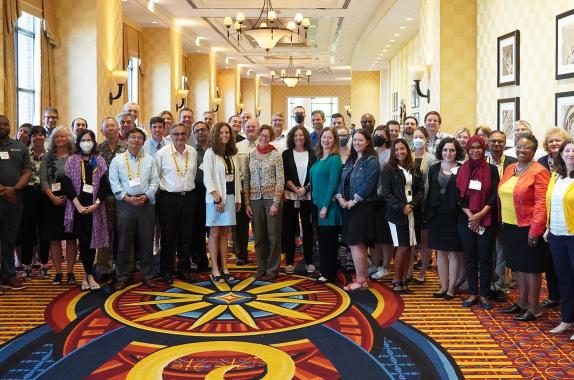 Last month, 50+ academic leaders from across the U.S. met in Baltimore to help speed progress towards a more equitable and diverse profession.