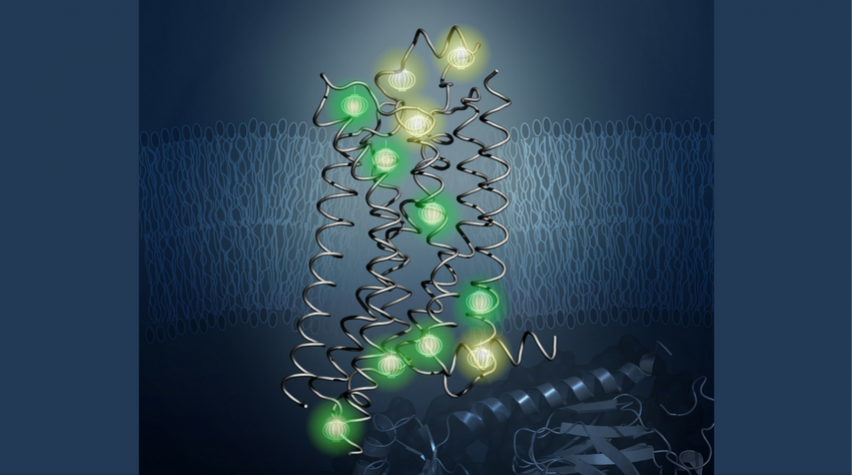 Researchers at The Scripps Research Institute (TSRI) have obtained new structural understanding of a key protein that is part of the G-protein-coupled receptor (GPCR) family, which about 40 percent of all approved pharmaceuticals target. This knew knowledge is hoped to open new possibilities for improved drug design.

The new and more detailed image of the protein, which is called the A2A adenosine receptor (A2aAR), contains important information about the protein's signaling mechanism.

For the new study, the researchers aimed to better understand the relationship between A2aAR function and dynamic changes in its structure to help inform drug design.

While scientists previously had used x-ray crystallography to determine A2aAR’s three-dimensional structure, the team at TSRI turned to nuclear magnetic resonance (NMR) spectroscopy. This allowed the researchers to see beyond the previously known structural information to follow the effects of drug binding at the extracellular surface on changes in protein structure and dynamics at the intracellular surface—the structural basis of signal transfer—across the heart of the GPCR.

Two details in A2aAR’s structure gave researchers insight into how future drugs could manipulate the receptor. One key finding was that replacing one particular amino acid in the receptor’s center destroyed the receptor’s ability to send signals into the cell.

The researchers also revealed the activity of a “toggle switch” in A2aAR. Previous studies suggested that one of the tryptophan amino acids in A2aAR flips up and down in concert with A2aAR’s activity. With NMR, the scientists directly observed this unique tryptophan as it changed orientations in response to different drugs. Chemists could potentially modify drugs to manipulate this switch and control A2aAR signaling.

The researchers emphasize that this new study is potentially relevant for much of the large family of GPCRs. In fact, structural details from this study could apply to more than 600 “class A” GPCRs in our bodies.

For more information, see the researchers' published findings in Cell.