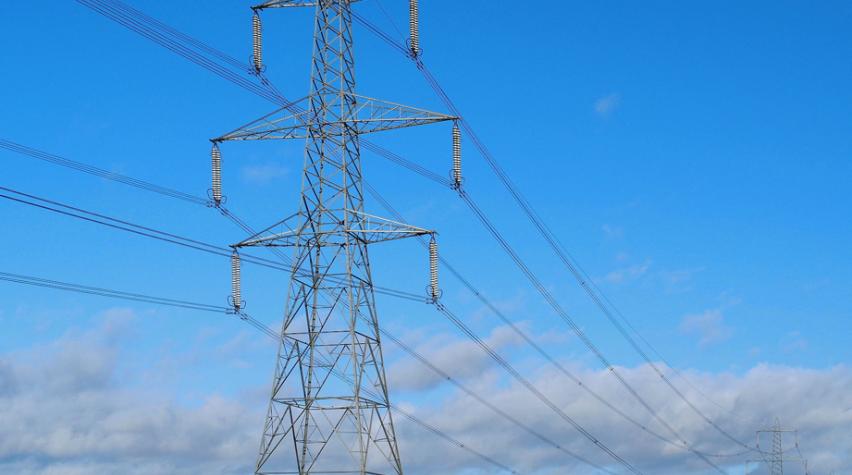 Many energy startups claim that their new software, gadget, or platform will change the way the world uses energy, but Robert Fares, writing for Scientific American, claims that a small startup in Florida, Be Power Tech, has developed a hybrid fuel cell-powered air conditioner that might fulfill that grandiose promise (read the company's brochure).

First of all, there's a big problem looming on the horizon: As the rural poor of the developing world migrate from the countryside looking for work, overcrowded cities are struggling to accommodate them. As soon as 2030, these cities will house 66 percent of the teeming planet's population.

How rapidly is this happening? Infrastructure specialists predict that by 2020 60 percent of all buildings in China will be new.

Since most of this growth will occur in hot, rapidly urbanizing Asia and Africa, one unwanted side-effect will be a huge energy-drain as more and more air conditioners rev up every afternoon.

In addition to stressing local grids, air conditioners pump heat directly out into the city. Even worse, they're usually powered by fossil fuels, which adds greenhouse gases that lead to global warming.

This sets off a vicious circle. As temperatures predictably ratchet up, there is more demand for cooling just to keep cities running. In a large city like Bangkok, the additional energy needed for each extra 1°C can be as much as 2,000 MW — more than a major power plant provides.

As job-seeking migrants settle in the cities, expensive grid expansion at current rates won't keep up. It's only a matter of time before constant brownouts and blackouts destroy productivity, stifling young economies.

Cities will face a stark a choice: squander precious energy by sticking with old technologies, or invest in energy efficiency and maybe even save money in the long-term.

The fact that the air conditioner runs on natural gas — an energy easily and cheaply stored — makes it innovative. Shifting cooling to natural gas substantially reduces summer power demand and the need for costly peaking power plants...and (it) produces electricity on the side.

He also thinks that combining two technologies into one package — evaporative cooling and waste heat — is truly revolutionary (watch a company demo).

The new technology leap-frogs conventional air conditioners that use energy to compress a gas refrigerant under high pressure into a liquid. This conventional technology pumps the coolant into an evaporator, where it removes the heat from the building, and evaporates the refrigerant into a gas in the process. Using up more power, the compressor recycles the gas back into a liquid to continue the process. So that constant, tell-tale HVAC background hum is the sound of the compressor laboring all day.

Instead, Be Power has completely junked the compressor-driven air conditioner. It uses a desiccant-enhanced evaporative cooler developed at the National Renewable Energy Laboratory (NREL). 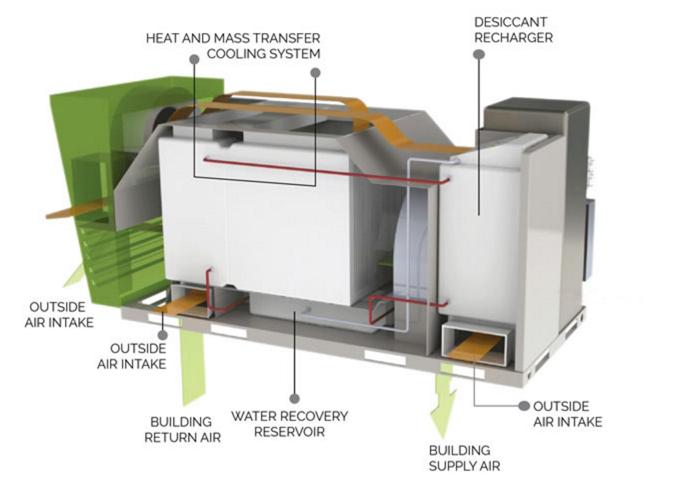 Like a compressor-centric air conditioner, an evaporative cooler also absorbs a building's heat by evaporating water. As hot, dry air is pumped over a pool of water, it causes it to evaporate and the air to become cooler.

Unfortunately, traditonal evaporative coolers work in hot and dry air, which means they're useless across large swaths of the world, anywhere the air is too humid in the summertime.

To eliminate humidity, Be Power's system uses a liquid salt desiccant to suck water out of the air before it's evaporated and chilled.

Then the system uses an on-board fuel cell to remove the water from the desiccant so that it can be reused to extract more moisture from incoming air.

A typical natural gas fuel cell converts about half of the incoming fuel’s chemical energy into electricity and half into heat, operating at about 600°C. This heat is normally vented to the environment as a waste product.

Instead, the waste heat from Be Power's fuel cell evaporates the water from the liquid desiccant, allowing the dry, desiccant to be stored until needed.

Meanwhile, the electricity produced by the fuel cell is fed to the building for lighting, computers, and other building-wide loads.

So while building owners will see a big drop in energy costs, grid operators won't have to worry as much about building new capacity.

To get its new technology to market, Be Power is conducting lab tests with Oak Ridge National Laboratory. Ideally, the company wants to begin actual field trials next year. If the system thrives under real-world conditions, we could see a rapid adoption of the technology.

Technologies like Be Power's that boost building efficiency can have high economic returns, according to the International Energy Agency. Each additional dollar spent on energy efficiency in electrical equipment, appliances, and buildings avoids more than two dollars in energy supply costs. Greater energy efficiency can also lead to benefits like reduced water use, greater climate resilience, and social improvements.

Could this system have the same grid-wide effect as LEDs?

It has become a compulsion to have <a href="http://www.airconditioning-capetown.com/air-conditioner-commercial-and-industrial/">fresh and clean air in commercial buildings</a>, as it helps irritation and hot flushes while working continuously. Thus, I always get my air conditioner repaired by the local service providers, without wasting any time.

Are you eager to find out the best electricians that can help in installation and maintenance of air conditioners without any difficulty? We are determined to provide high <a href="http://www.airconditioning-johannesburg.com/randburg/">quality services in Randburg</a>, so you may become totally stress free.