First Solar Back from the Brink and Cheaper than China 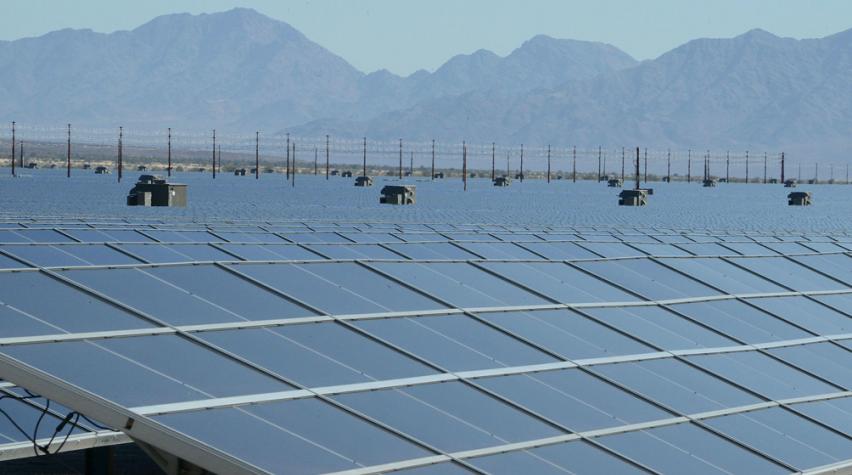 First Solar Inc. has been riding a stunning wave of good news.

Last month, the Tempe, Arizona-based company announced it had set a new record in its research lab for cadmium-telluride cell efficiency, at 22.1 percent.

Soon after, Wiki-solar.org reported that the company had retained the top spot among the world’s biggest utility-scale solar contractors, having installed 44 projects last year, totaling about 3,200 MW of electricity. All of that activity brought First Solar's cumulative, global total to more than 6 GW.

Back on the manufacturing side, First Solar just became the first thin film manufacturer to ship 1 GW of solar PV to India. Importantly, unlike many of its competitors, First Solar is also profitable, making $546 million in profit last year on $3.6 billion in revenue.

Oh, and by the way, the company is now pumping out panels that undercut China’s biggest silicon PV producer, Trina Solar.

Innovating back from the brink

No one would have predicted First Solar's remarkable rebound five years ago. After China drove down the cost of silicon solar panels, the thin-film specialist lost its cost advantage and scrambled to survive.

The company chose a two-pronged strategy. As First Solar invested about 4 percent of revenues on research and development, nearly twice the solar industry average, it built a market for its panels by eventually developing some of the largest solar farms in the world, including the Topaz and Desert Sunlight projects in California, each with a capacity of 550 megawatts.

So even as the industry consolidated around silicon, which today supports 95 percent of the market, First Solar stuck with cadmium-telluride, which had a lot more room to improve, Raffi Garabedian, the company’s CTO, told Bloomberg. He pegs its theoretical peak at 30 percent.

It was a smart gamble — the only choice, really — since multi-crystalline polysilicon is about to hit the efficiency wall, with Trina holding the laboratory record at 21.3 percent.

By investing $775 million to increase module efficiency about 50 percent, while squeezing manufacturing costs, First Solar is now able to produce panels for as little as 40 cents a watt, about 15 percent less than China’s Trina Solar. In the commodity-priced world of solar modules that's a huge edge.

After recently adopting flat-screen television manufacturing technology, by 2019, bigger equipment will make larger units at lower cost, and First Solar’s module cost could be as low as 25 cents a watt, reported Bloomberg.

“The Chinese have hit a wall in terms of polysilicon costs and technology,” said Jeffrey Osborne, a Cowen & Co. analyst in New York. “And their labor costs are rising.”

Back to its roots

Now that the economics have shifted back in First Solar's favor, Hughes is changing the business model once again. Currently the company gets about 70 percent of its sales from developing solar farms for utilities. The rest comes from selling panels, or modules, to other developers.

Now the company is ready to reverse the ratio. CEO Hughes told Bloomberg, “We’re not downsizing development. As we look at growth, that opportunity is going to be module-only.”

That’s also because First Solar thin film offers other long-term benefits. Besides higher efficiency, its panels perform better in high-temperature regions like the Middle East and India. And because they are a single sheet instead of a collection of cells, there’s more surface area converting sunlight to electricity. The company estimates its products can generate up to 11 percent more power per square-meter than polysilicon.

Will the sunny and hot developing world be First Solar's sweet spot?

Image: First Solar facility, US Dept of the Interior