Oil May Have Crashed but Renewables Set New Record 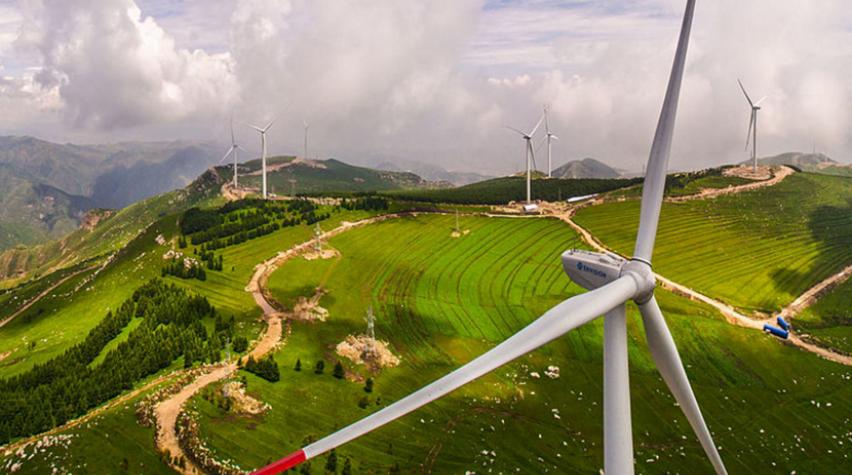 Anyone worried that the low prices hobbling oil explorers may have clobbered renewables too — especially wind and solar — can relax. Cooler heads prevailed once the message sunk in that global electricity prices have completely decoupled from oil — unless you're literally an energy island floating out in the ocean.

Renewables had another record-breaking year, with more money pouring in than ever before, according to new data released Thursday by Bloomberg New Energy Finance, which is becoming a weekly feel-good news source.

Europe could have been another show-stopper, but the erstwhile world leader in new-energy spending has pulled back on investments due to economic stagnation following 2008's recession.

That's 17 percent more than it spent the year before, and just about as much as the US and Europe combined. US investment rose 7.5 percent in 2015 to $56 billion, the most since federal stimulus spending peaked in 2011. (If you're feeling wonky, here's a Pew report that relies on Bloomberg's research.)

Also, for the first time, led by China, more than half the world's annual investment in clean energy is coming from emerging markets instead of wealthier nations.

“These figures are a stunning riposte to all those who expected clean energy investment to stall on falling oil and gas prices,” said Michael Liebreich, founder of the London-based research arm of Bloomberg LP. “They highlight the improving cost-competitiveness of solar and wind power.”

As the transformation spread to countries smaller than China, India, the solar industry led all renewable sectors, attracting 43 percent of total clean energy investments from 2009 to 2013. Thailand and Bulgaria had more than $3 billion each for large-scale solar installations of more than 1 megawatt in size.

The wind industry reaped the second-greatest sum, led by Pakistan, Bulgaria, and Ukraine, which each attracted more than $1 billion. Together, solar and wind represented more than 70 percent of all investment, accounting for 43 percent and 28 percent.

Other renewables saw significant investment. More than $2.2 billion was poured into biofuels and geothermal. Kenya drew almost all of the geothermal investment, while Peru and Thailand each realized more than $600 million for biofuels projects. Vietnam led in the small hydro category, bringing in $1.2 billion of the nearly $2.1 billion total invested in this sector.

Looking into the future from 2013 to 2030, more than 5,570 GW of electricity capacity may be added globally. Renewable technologies are likely to supply 54 percent, or 3,000 GW, of total new capacity compared with less than 30 percent, or 1,584 GW, from fossil fuels.

Hydropower is also a player. It's on track to deliver 11 percent, and nuclear power is likely to fulfill 5 percent of generation added globally through 2030.

In line with these trends, the data suggests that clean energy could attract more than two-thirds of the $7.7 trillion worth of expected power investment over the same period.

The buildup of wind and solar and other renewable will take time, and fossil fuels are still the cheapest option for when the wind doesn't blow and the sun doesn't shine. So coal and natural gas will continue to play a key role for millions of people.

But for anyone still relying on costly generators, kerosene lamps or candles — living with no electricity at all — and anyone surviving deadly city smog, this energy transformation can't come too soon.

Does this trend make the Paris accord more realistic?