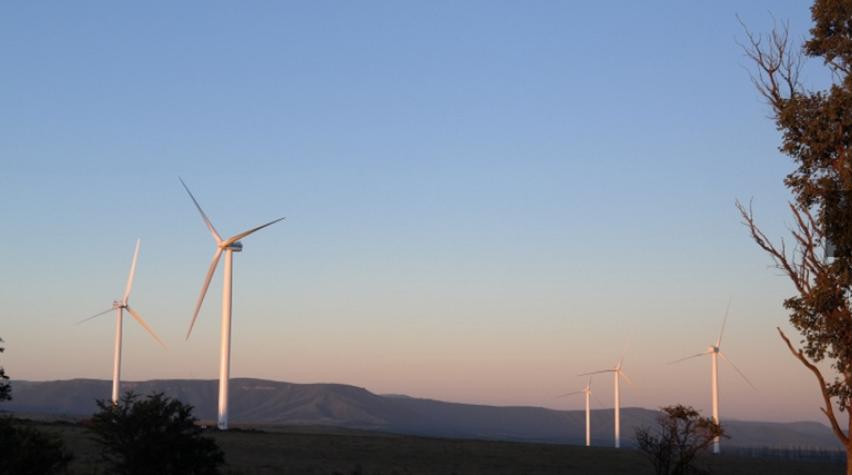 Starting with almost zero renewable energy in 2010, South Africa has now built out more than 1,000 megawatts of solar and 800 of wind power. This was made possible by opening up its monopoly power market and mandating targets for renewable energy adoption, all fueled by the urgency of daily rolling blackouts that have been disrupting the country's grid.

This was never supposed to happen. In 2001, coal-centric Eskom, South Africa’s state-owned utility, was named power company of the year at the Financial Times Global Energy Awards in New York. At that time, all 78 of its aging coal and gas power plants were chugging along in good working condition. It's also hard to imagine that the world's fifth-biggest coal producer, whose huge reserves supply 94% of the country's power, can't keep the lights on.

But this has been a horrible year for Eskom as it struggled to meet rising demand. It cut power 99 days to protect its grid from collapsing, which has bled into the economy. South Africa may be the continent’s richest country, but citizens and businesses, all hit by the blackouts, are starting to think that they're devolving to third-world status. It's a cinch that South Africa will be nominated to join India's seriously-broken-grid club. After all, you're in trouble when diesel backup generators are the latest must-have status symbol.

Eskom's problems were set in motion sixty years ago when the coal industry and Eskom flourished under the apartheid regime, which came to power in 1948 and saw the country's coal reserves as the solution to an energy-hungry, post-World War II economy. Years later coal power would also buffer the regime from anti-apartheid sanctions.

While Eskom was growing into the world’s fourth-largest power utility, it implemented segregationist policies that ensured that factories, mines, and white households were the primary beneficiaries of its electricity.

Last June President Jacob Zuma told a World Economic Forum on Africa, “Before 1994, there was a false understanding in South Africa that there was an abundance of energy because it was serving a very small community."

Eskom’s expansion stopped in 1985 as anti-apartheid sanctions took hold and foreign loans dried up, stagnating the economy and electricity demand. This meant that by the time the African National Congress took power under Nelson Mandela in 1994, the economy was so damaged that the utility’s reserve margin had increased to a healthy 30%, twice the international average.

With all of that backup capacity providing a false sense of security, the new government focused on connecting neglected black households, schools and clinics to the grid. In a relatively short period, hookups jumped from five million to 12 million. At the same time, the end of sanctions opened up the economy to foreign investment and growth surged along with new manufacturing. These quick successes were too much for a slow moving government and a monopoly utility to handle. Eventually Eskom’s excess capacity was gone.

“We underestimated the scale of demand,” Alec Erwin, who served as South Africa’s public enterprises minister from 2004 to 2008, said to Bloomberg. “Our planning was two or three years behind.”

In May 2007, Eskom finally reacted to the country's dwindling reserves by making a decision that only a monopoly would make. It approved the construction of the Medupi and Kusile mega coal-fired plants to add 10,000 megawatts to the grid. Originally scheduled to be up and running and providing ample capacity by 2012, both are way over budget and more than seven years behind schedule.

Finally, it wasn't a question of if the grid would go dark but when. In October 2007, countrywide rolling blackouts began. A national emergency was declared in January 2008 as the grid neared collapse. With over a third of Eskom's generating capacity offline, gold mining companies started shifting 500 megawatts to off-peak periods in order to avoid "load shedding."

The blackouts ended and Eskom avoided any further load shedding for seven years by instituting a rash “keeping the lights on at all costs” strategy. But postponing maintenance for seven years led to an increase in plant breakdowns.

After running its 25- and 30-year-old plants full bore for seven years, trouble began last January with multiple equipment breakdowns. Afterwards, Eskom juggled 21 days of rolling blackouts in the first three months of the year as it struggled with plant shutdowns. This stifled production, and manufacturing fell 2.4 percent in the first quarter.

This became a period of intense energy insecurity, with all of the knock-on effects of a volatile economy. Foreign investment was starting to dry up. Francois Stofberg, an economist at Efficient Group in Pretoria, told Bloomberg, “How long it will be before investors look at our growth rate and decide to take their investments, and especially their capital investments, elsewhere.”

Through the first 4 auctions under the REIPPPP, South Africa allocated 79 projects to some of the leading national and international project wind and solar developers.

During Eskom's grid crisis this year from January to June, 800 megawatts of wind and 1 gigawatt of solar photovoltaic power-generation saved about 3.6 billion rand in diesel and coal-fuel costs. During 15 days in the period, renewables either prevented or limited rolling blackouts.

While energy diversity was the program's main goal, helping to build rural economies was the second.

With coal still providing about 90% of the country's power, South Africa has created one of the world’s most progressive alternative energy plans. And it's paid off as solar, biomass, and wind systems are starting to sprout all over the country and feed energy into the still-groaning electrical grid.

“It is set to completely transform these deep rural communities in terms of healthcare, education, job creation, and a raft of other interventions. All this while putting green electricity on the grid at affordable prices,” Johan van den Berg, director of the South African Wind Energy Association, told The Guardian.

Sending electricity to villages in South Africa’s Eastern Cape by the end of 2014, the Cookhouse wind farm is the biggest wind system in Africa, with 66 turbines generating 138MW. 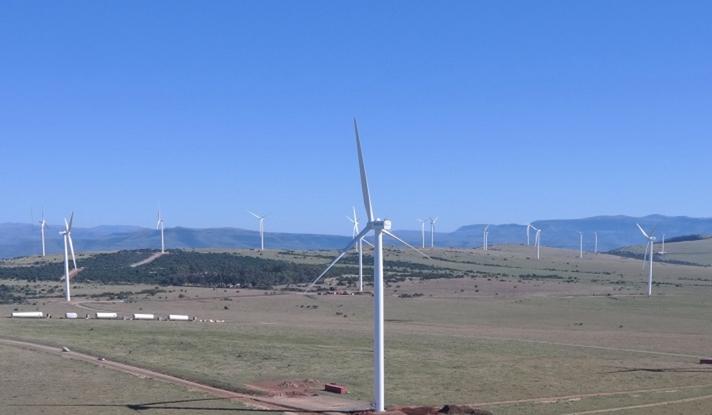 Like all the projects in the country, a percentage of the equity of the Cookhouse wind farm is held by a community trust. The local trustees funnel the 15% of the profits into health care, education, and job creation.

It’s not only power that is flowing from the 79 licensed projects underway in the country, The Guardian also reports that $16.8bn has been injected into the country’s economic infrastructure through the various projects.

A not-for-profit in partnership with land owners and farmers in Wesley, a rural area of the Eastern Cape, has improved on the government's revenue sharing model by creating an ownership model. (read article)

It is the first renewable energy project to be selected in either the Transkei or Ciskei of the former homelands areas.

The project will be jointly developed by Just Energy, the NPO, and InnoWind, a subsidiary of EDF Energies Nouvelles. Just Energy's unique business model enables it to re-invest a substantial portion of the revenues it earns from developing the project back into equity for the local community to own.

"This is an important first step in a multibillion-dollar program that hasn't developed any energy projects in the former homelands," said Martin Webb, chief executive of InnoWind, "and one which we believe will open the door to more renewable energy projects in some of the less economically developed rural areas of our country."

The other partner in the project is a community of small-holder land owners and farmers on whose lands the wind farm will be built. They will receive long-term financial returns from the project.

"We wanted to use a model of 'real ownership' for this project for the participating community," said Webb. "What sets this project apart is it sits on land owned by local community landowners and farmers. This is a unique approach for the sector but we hope the social benefit that flows from it will pave the way for others to follow, particularly in rural areas such as in the former homelands, one of the few areas in South Africa where local communities hold land."

Once this windfarm is up and running, and if these new revenue models spread, South Africa will be on its way to undoing some of the economic damage caused by 50 years of aparthied.

Are monopolies obsolete as energy systems?