Solar Predicted as Future's Cheapest Power in Many Markets 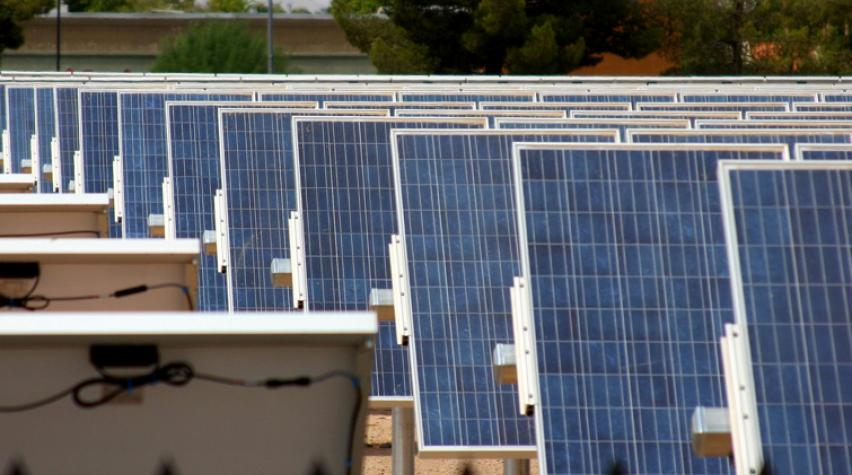 Even though the recent collapse of world oil prices will have a short term effect on the transition to a greener global electricity system, Bloomberg New Energy Finance thinks that over the next 25 years trillions of dollars will be invested in renewables, causing profound changes in how humans — in both rich and developing countries — get their electricity.

These trends started to gain momentum in 2009 when about $266bn was invested in clean energy worldwide and then every year since. Both wind and solar have already shown very rapid growth in spite of softening subsidies, primarily because of dramatic drops in module and installation costs. (To get up to speed, see BNEF founder Michael Libriech's energy review of 2014.)

BNEF's New Energy Outlook for 2015 sees those prices continuing to fall until solar becomes the cheapest form of power in many markets around the world. The lifetime cost of photovoltaic power plants will drop by almost half over the next 25 years, further countering fossil fuel price creep. Finally by 2026, utility-scale solar will be competitive throughout most of the world, eventually driving out new fossil-fuel plants.

BNEF Expects $3.7 trillion in solar investments through 2040, and solar will make up more than a third of new power capacity worldwide.

Regardless of the early lead from utility solar, solar's biggest seismic shift will take place on rooftops. High electricity prices and cheap residential battery storage will make small-scale rooftop solar increasingly more attractive, ultimately driving a 17-fold increase in installations. By 2040, rooftop solar will be cheaper than electricity from the grid in every major economy, and almost 13 percent of electricity worldwide will be generated from small-scale solar systems.

PV Magazine went behind the paywall to report that even with all direct subsidies probably ending by 2018:

BNEF is predicting solar to become the largest target for energy investment through 2040. Some 3.4 TW of solar will be added to global electricity grids, with an almost even split between utility scale and rooftop, with 1.8 TW and 1.7 TW each respectively.

Assuming continually dropping costs, BNEF based its predictions on a largely unsubsidized solar sector, believing that the market, rather than government policy, will drive adoption beyond 2018. BNEF also expects net metering to be phased out by the end of 2017, but this will be compensated for by massive installations of storage by 2025.

The NEO predicts some 1,489 GW of PV power plants to be added in non-OECD countries through to 2040, while only 787 GW of small scale, largely, rooftop arrays. This ratio is largely inverted for OECD countries with 373 GW of big PV and 882 GW of rooftop to be realized.

BNEF has a contrarian take on both the future of energy demand and on the success of natural gas, saying that it won't become the low CO2 footprint "bridge fuel" that transitions the world from coal to renewable energy. Fracking in the US will help bring global prices down some, but few countries will replace coal plants with natural gas. Developing countries will opt for some combination of coal, gas, and renewables.

They are also skeptical about rising demand. Yes, they see that world is flooded with energy-chugging electronics, from server farms to mobile phones, flat screen TVs, and air conditioners, but BNEF says that growth in demand for electricity is slowing. For one simple reason: efficiency.

So even as people in developing countries rise from poverty to middle class faster than ever, BNEF predicts that global electricity consumption will remain relatively flat. In the next 25 years, global demand will grow about 1.8 percent a year, compared with 3 percent a year from 1990 to 2012. In wealthy OECD countries, power demand will actually decline.

Jenny Chase: I think the headline is that BNEF sees photovoltaics generating about 14% of global electricity supply by 2040. That is in a scenario that is basically not assuming any incentives for solar beyond 2020.

PV Magazine: Some of us within the solar industry might actually find 14% a rather limited prediction.

Jenny Chase: Solar will make up a higher share of generation in some regions, so it will make up more like 20% in India and Europe. But when we did this modeling we were not just modeling solar, we did all renewable energy sources, looking at the pipeline of coal, gas and nuclear plants that will come on and offline over the next 20 years. What really stands out is that the energy system has a lot of inertia: you can’t turn off a coal or a gas plant overnight. Once the infrastructure is built, you’re stuck with it for the life of the plant.

Time is running out

Because it's obvious that fossil fuels aren't going to disappear anytime soon, stubbornly keeping a 44 percent share of total electricity generation in 2040 (down from two-thirds today), BNEF concludes on a down note.

Even though the shift to renewables is fast and accelerating, it's not fast enough to prevent scary levels of global warming gases from forming. Over the next 25 years, $8 trillion or two-thirds of the world's spending on new power capacity is going toward renewables, but the New Energy Outlook recommends that without policy action by governments, CO2 emissions from the power sector will continue to rise until 2029 and will still be 13 percent higher than today's levels in 2040. That isn't enough to prevent Earth from heating more than 2 degrees Celsius, which is considered the point-of-no-return for some of the worst consequences of climate change.

Will the Pope affect decisions on global warming?