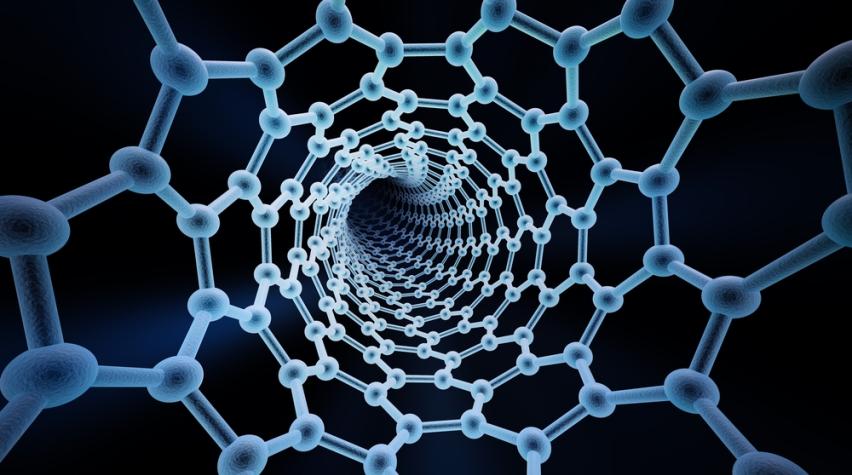 Black paint or clothing may help hide someone or something in the dark, but there's something even blacker: carbon nanotubes. The blackest material known, carbon nanotubes absorb a broad spectrum of light, including visible light. This creates the potential for using nano-coatings to perfectly cloak objects in the dark of night. What's perhaps more interesting, however, is that nanotubes also are capable of absorbing a much wider spectrum that goes beyond visible light, including radio waves and ultraviolet light. 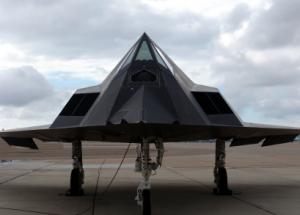 With this insight, University of Michigan professor L. Jay Guo recognized that nanotubes could be very useful as a kind of camouflage for stealth aircraft, according to a report in Technology Review. The planes would be invisible at night and undetectable with radar at any time of day. Guo applied this knowledge to develop cloaking and camouflaging coatings:

Guo's group grew sparse forests of vertical carbon nanotubes on the surface of various three-dimensional objects, including a silicon wafer patterned with the shape of a tiny tank. The nanotubes make the objects appear completely flat and black, and they disappear against a black background. The nanotube-coated objects neither reflect nor scatter light. This effect works, Guo says, because the nanotubes are perfectly absorbing, and because when they are grown with some space between them, as in his experiments, their index of refraction is nearly identical to that of the surrounding air. This means that light won't scatter out of the nanotubes without being absorbed. The work is described in the journal Applied Physics Letters.

The result of this work means that a radar beam would hit an airplane with the coating and absolutely nothing would bounce back. In short, invisibility. What keeps this technology from begin put into practice? Right now, it's not yet practical to grow forests of nanotubes on the surface of an airplane directly. Doing so requires a high-temperature, high-pressure process currently carried out in small chambers. Nonetheless, Guo says it should be possible to grow the nanotubes on the surface of tiny particles which can then be suspended in paint. You can read the full article in Technology Review here.

What other applications could this wide-spectrum absorbency benefit?