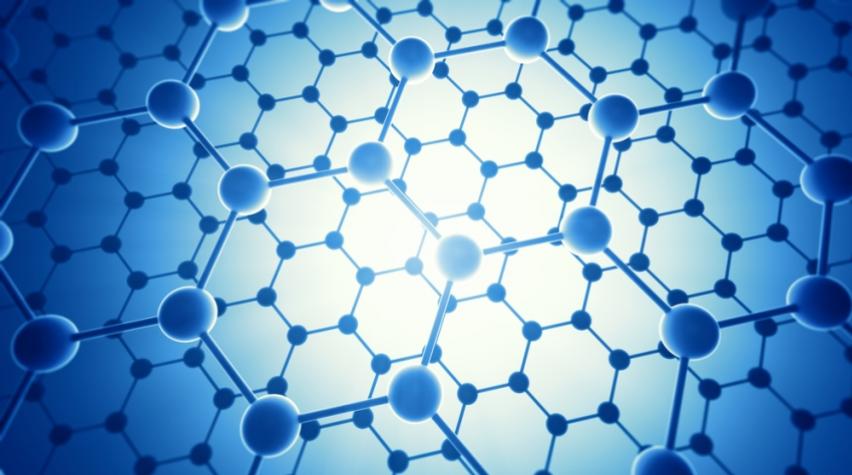 Researchers at BASF have turned to nanotechnology to devise a new technique that allows for faster production of precast concrete building components. The faster fabrication, which results from greatly reduced hardening times, also means lower carbon emissions, since no heat is needed to accelerate the hardening process. By avoiding the heat treating, the final product also maintains a smoother, more uniform surface. 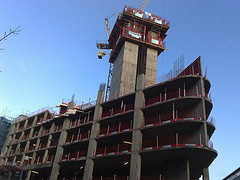 Concrete's main ingredient, cement, is obtained by firing limestone, clay, and minerals at high temperatures to produce cement clinker. The coarse-grained clinker is then ground into a fine, gray cement powder which hardens after mixing with water. Chemically speaking, calcium silicate hydrate (CSH) and other compounds crystallize during this process to form a compact artificial stone in which the aggregate substances like sand or gravel are embedded. Prefabricated components are produced by pouring liquid concrete into formwork molds. Only when the concrete has hardened sufficiently can this casting mold be opened and the component removed. At ambient temperatures of around 20?C it takes around 12 hours for the concrete to harden. To reduce this time, the liquid concrete is often heated with steam. In addition to using more energy, this technique can lead to internal thermal stresses, discolorations, and a coarser surface of the finished concrete part.

The new concrete additive eliminates the need for heat treatment because it allows the concrete to harden just as quickly at room temperature. The additive uses nanosized CSH crystals suspended in liquid. When the concrete hardens, further molecules from the cement can attach themselves to these CSH seeds. The resulting crystals grow more densely and finally interlock to form the compact cement stone. You can learn more about the science behind this faster-curing concrete at MaterialsViews.com. And if you didn't see the recent related video of Drexel University students discussing their low-cost, low-CO2 alkali-activated slag cement produced from trash, check out their video here.

Will shorter concrete hardening times help your company or industry?